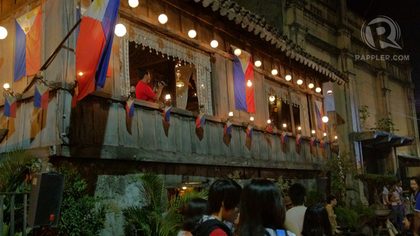 MANILA, Philippines – There’s one night every year in Cebu where remnants of a bygone era come alive — and it’s not Halloween.

Gabii sa Kabilin (Night of Heritage), now on its 6th year, is the one night where Cebu City’s museums and various heritage sites and cultural landmarks open their doors to the public to celebrate the city’s vibrant past. For a small fee, visitors can hop from designated place to place (on foot or through various buses and kalesa rides courtesy of the city government) to witness how the past breathes new life throughout the city. The yearly activity is initiated by the Ramon Aboitiz Foundation, Inc. (RAFI), taking after Germany’s famous Lange Nacht der Museen (Long Night of Museums), which has since been “imitated” all over Europe. Gabii sa Kabilin is the first activity of its kind in Asia, and was recently institutionalized last May 23 through an ordinance by the Cebu City Council to happen every year as a public initiative and not just a privately-led activity.

Gabii sa Kabilin is slated to happen every last Friday of May in honor of the Philippines’ National Heritage Month. 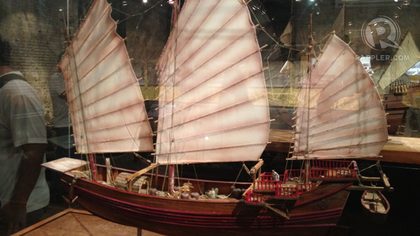 Last May 26, 22 heritage sites, museums, art galleries, ancestral homes, religious spaces and other public places participated in the event; even institutions in neighboring Mandaue City opened their doors. This is quite a huge leap from 4 museums participating in its first year.

Guests were not expected to hit all 22 spots from sundown to when the clock struck midnight, but were encouraged to think about their places and subject matters of interest and plan their itineraries accordingly.

However, there were areas such as the Pari-an neighborhood with a concentration of places to explore on foot; places like the Yap-Sandiego Ancestral House, Casa Gorordo and the Jesuit House of 1730 (usually only available to visits by appointment). Even institutions that aren’t normally open to the public participated, such as the Church of Jesus Christ of Latter-day Saints and the BPI Museum (after the regular bank schedule, of course).

Visitors experienced and relived the past as restored to its former glory, and learned about how life was in Cebu then. Reminders of the present were not to be missed, though. Those who preferred to inject the digital age in their heritage experience looked up information on various historic sites by scanning a mounted QR code with their smartphones; some even join an Amazing Race-type contest based on QR codes.

There were other activities that could’ve carried on well into the night: theatrical showcases, art exhibits, rondalla and dance shows, and cultural displays. A curious visitor couldn’t visit everything in one night, but it wouldn’t be a surprise if many keep coming back for more, in anticipation of the next Gabii sa Kabilin. – Rappler.com