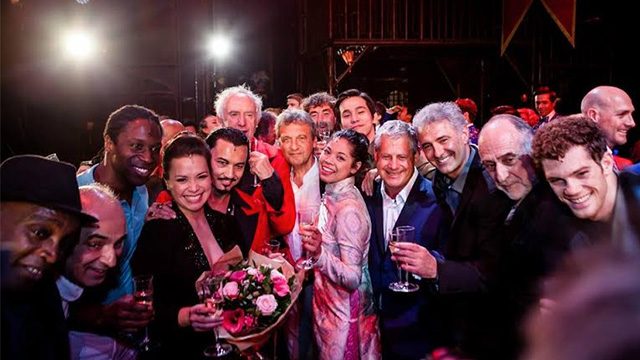 Facebook Twitter Copy URL
Copied
Lea Salonga, Jonathan Pryce and Simon Bowman surprise the audience by reprising their roles as Kim, Chris and The Engineer in a special performance in honor of the show's 25th anniversary

MANILA, Philippines – The crowd watching Miss Saigon got an extra surprise at the Prince Edward Theatre in London, on Monday, September 22, when the original cast including Lea Salonga, Simon Bowman and Jonathan Pryce, performed with the current cast members.

This was in celebration of the show’s 25th anniversary.

According to an article from The Telegraph, the three stars reprised their roles during that night along with the current cast members – Eva Noblezada, Alistair Brammer and Jon Jon Briones. Singer-actress Rachelle Ann Go played the role of Gigi. (READ: ‘Miss Saigon’ then and now, Rachelle Ann Go on her West End experience)

Salonga surprised the audience when she appeared on stage and sang with Bowman “The Last Night of the World.”

Watch their video of a performance from 25 years ago:

Salonga was 17 years old when she got the role of Kim. She went on to win an Olivier Award for best actress in a musical, and played the role on Broadway.

According to a report from BBC News, Salonga said that when she, Bowman and Pryce went on stage, they did not expect the reaction would be close to what they experienced.

“We expected a big hand but nothing like this,” the actress said. “I was trying to keep it all together.”

Pryce, who performed the song “The American Dream” with Briones, said it was an incredible experience to be part of the show all over again. 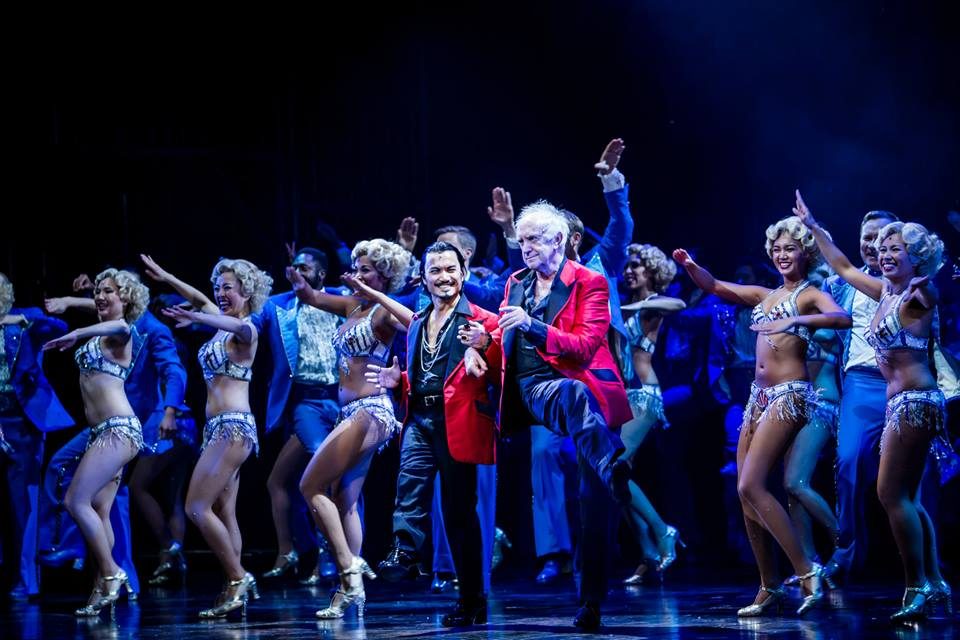 “I didn’t exactly strut my stuff, but I did my best,” Pryce said. “We had this idea of The Engineer coming on with a Zimmer frame.”

Sir Cameron Mackintosh, the producer of the show, said that a movie version wouldn’t be impossible, but didn’t confirm any details.

“I’ve always thought this could make the best film of all the musicals,” he said.

The recording of the gala performance will be broadcast by BBC Radio 2 on October 3.– Rappler.com