Jun 15, 2012 11:35 AM PHT
Ira Agting
Facebook Twitter Copy URL
Copied
RC XY is one Panty Monster who goes for a cause on his own for the benefit of everyone 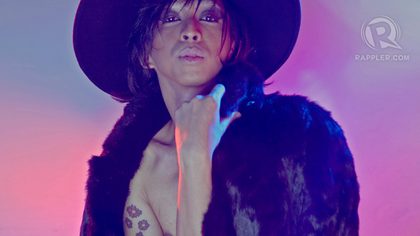 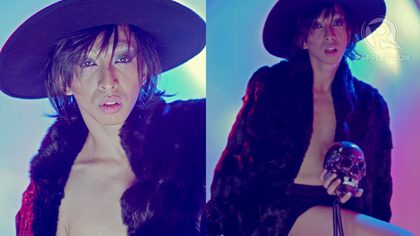 MANILA, Philippines – A pioneer stylist and a steadfast visionary, RC XY is a foxy little monster who believes in the youth’s powerful capacity to spark change.

Indeed, he has already played a part in igniting the flames.

RC XY proudly shares that he witnessed the birth of the Panty Monsters.

He narrates that the Panty Monsters is the brainchild of Lotho Lotho, one of his long-time friends who urged him to join the movement. Two years after, the Panty Monsters are now an ever-growing gathering of individuals who support freedom, self-expression and individualism.

“We were all friends with each other. Prior to Panty Monsters, we were also part of a movement called Fluxxe,” RC XY says. He describes Fluxxe as a get together in celebration of all things young, “hipster” and fun, similar to the Panty Monsters.

Now, the Panty Monsters gather ever so often, revelling in the distinctiveness of the commonly repressed and standardized human person. On the Mother Monster

This being said, who else is best to represent the ideals of the non-conformist mind than the “mother of all monsters” Lady Gaga?

Although admittedly not the biggest Lady Gaga fan, RC XY looks up to her for being a brand for the unconventional, for being the voice of the unique minority of this generation.

He also shares that Madonna is an artist who has always captured his heart.

Aside from being one of the first monsters in the club, RC XY is also proudly a fashion show director, a designer and one of the pioneer stylists in the Philippines.

“I was part of the first wave of stylists in the country,” he shares.

“Dati kami lang ang stylist. Ngayon, ang dami na. For a magazine to hire a stylist was a luxury then. Kung may ma-hire man sila, cover to cover.”

Stylists nowadays are indeed multiplying in number and he tells them to constantly find and promote their own style. It is, he believes, what people will hire them for.

“Stylists should be experimental. Go against the trend, but still in fashion,” he explains.

Personally, he leans towards punk rock and grunge, with black as his staple color. As far as passions go, RC XY is also a youth advocate.

“I am very much in love with the youth movement. I want to contribute to and promote it, to push today’s youth to maximize and live up to their potentials,” he proudly declares.

Recalling his younger days, he remembers the lack of this kind of support for the youth then. He also remembers, though, the vibrant, lively and joyous feel of the period.

“That’s why I want to teach the kids of today to do something,” he continues.

He shares an observation that the youth is now somewhat disconnected from each other. What he hopes is for them to get together to share their different talents and ideas to create a culture unique to their generation.

RC XY in the future In the works are his plans of establishing Manila Otherground, described as “the mixing of underground and mainstream.” He admits that the mainstream is needed in order to let one’s works be known to the world. He does not condemn it; rather, he embraces that talent also exists in the conventional realm.

But with the persistent determination and passion he feels for the cause, the plan is sure to become a sparkling reality in the future.

The best of luck to those like RC XY who strive to make a difference in a world of sameness. – Rappler.com