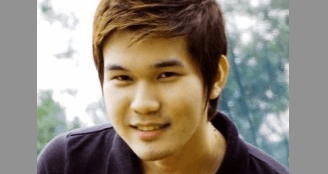 MANILA, Philippines – Brian Montes, a 25-year-old graphic designer from Davao City, has just won US$3,500 in one of the biggest book cover design contests ever held by 99designs.

99designs is a leading global marketplace for online graphic design work, and counts 160,000+ designers in its design community (this includes Brian and many other Filipino designers).

Mantes’ design stood out from almost 4,000 contest entries. Check out the other entries here.

American newspaper The Christian Post, in an interview with Zondervan (“The Purpose Driven” life publisher) marketing executive Rich Tatum, reports that “two of the graphic designer’s five entries made the final five book cover designs that were presented to Warren for final selection.” Montes’ twist on the old cover is the addition of brightly-colored leaves to what was a two-tone cover that readers saw for the past 10 years. Coincidentally, his tree had 40 leaves; the book has 40 chapters and the book study runs for 40 days. – Rappler.com

(Garrett Sussman is the marketing coordinator of 99designs in San Francisco. 99designs recently won the first-ever Startup Pushup Charity Challenge in San Francisco and will donate their winnings to DonorsChoose.org.)