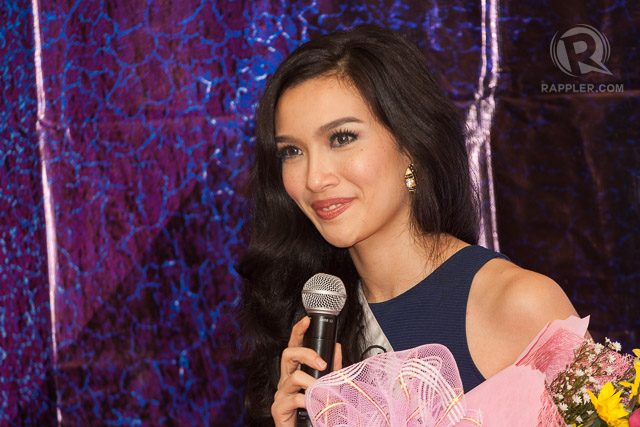 Bianca shared stories of camaraderie with the other girls, and talked about advice she got from Mary Jean:

“When the time comes that the winners are already being announced, never pray in silence and say ‘Lord, kahit runner-up lang‘ (Lord, even just to be a runner-up)…always say that “I will be the winner!” 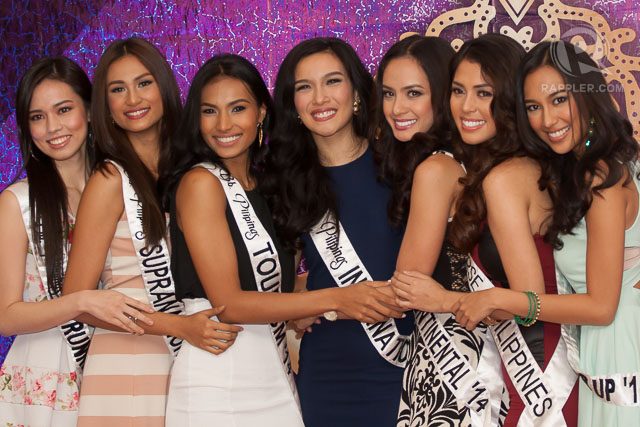 Bianca’s mother and grandmother were also in attendance to support her.

When asked about a possible back-to-back title for the country, with Bea Rose Santiago being the current queen, Bianca said that she will do her best.

“Even if the circumstances were different, the responsibility and pressure I feel to win the crown would be just the same. My dedication and desire to win would be just as much. I definitely have big shoes to fill, but I think our similarities as well as my unique characteristics will help me gain ground in the competition.”

As for the speech she will give during the pageant, Bianca said she’s saving the best for last, but hints that it will include her plans if she wins the title.

A graduate of European Studies from the Ateneo de Manila University, Bianca is fluent in English, Filipino, Spanish and Portuguese, and has recently learned some Japanese.  She also dedicates her time to charity, working with the Red Cross, Gawad Kalinga and Operation Smile.

For Bianca, the competition in Japan is not just for herself, but for the country, and she hopes to inspire more people.

“What inspires me the most is the opportunity to be able to impart my message to the world. I want more than anything is to make the world stop and listen.”

When asked what Bea told her about the competition, Bianca said: “love every moment, really own the crowd and the crown!” (READ: Bianca Guidotti prepares for Miss International 2014, gets tips from Bea Rose)

The Miss International 2014 pageant will be held on November 11. – Rappler.com