Valerie Weigmann up for 2 key awards at Miss World coronation 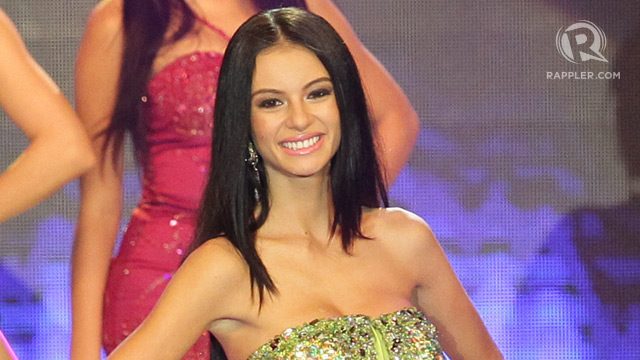 Facebook Twitter Copy URL
Copied
See the details on how to vote for Valerie
MANILA, Philippines– Miss World Philippines Valerie Weigmann is among the candidates up for the People’s Choice and Beauty with a Purpose awards.
These two special awards are signficant because winning will help move candidates onto the shortlist for the semi-final round at the Grand Final.
The winners of the special awards, which also include the Beach Fashion, Top Model, Multimedia, Talent, and Sports & Fitness categories, will be announced at the Grand Final Sunday, December 14. Miss Finland was recently announced the winner of the Sports category.
On her Facebook page, Valerie thanked her supporters for making her part of the selection of candidates for the People’s Choice.

To vote for Valerie for the People’s Choice Award, download the Miss World app on to your iOS and Android phones for free. One is allowed to vote for 3 contestants in the competition. Voting closes one hour after the start of the coronation night.

Valerie is also on the shortlist of the Beauty With A Purpose award, which recognizes the candidates’ advocacies.

The Miss World Organization on Thursday, December 11 released the list of the candidates on its website vying for the rest of the fast track awards.

Here is a video of the candidates, including Valerie, explaining their advocacies during the gala event of the pageant.

Valerie’s profile has also been uploaded to the pageant’s official YouTube account, where she talked about her hobbies, her other advocacies and her love for animals.