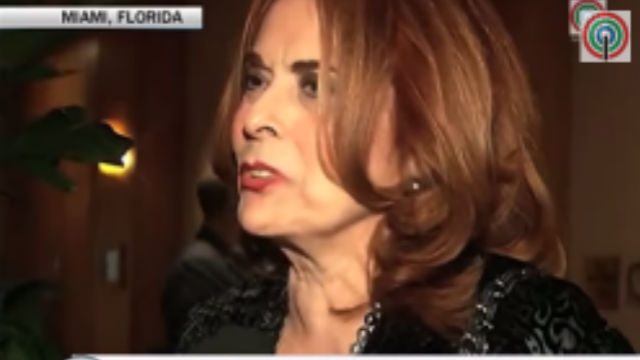 The costume, a floral piece reportedly inspired by the Panagbenga Festival of Baguio, got negative reviews from social media users and many pageant fan.

In an interview with TV Patrol Saturday, January 24, Araneta said that she has been using the work of Colombian designer Alfredo Barraza since Miriam Quiambao placed 1st runner up in Miss Universe in 1999. She said that the national costume was never about authenticity but artistic expression.

Araneta also explained why she has not been using creations of Filipino designers.

“If I didn’t do it for several years, it’s because the designs that were given to us were not good enough for our candidates. That’s the reason I went abroad.”

Araneta however clarified that she open to using more creations by Filipino designers.

“It’s never about the clothes, it’s always about the woman behind the dress,” Bea said.

Bea said that compared to her national costume, MJ had it better. She said that what mattered most was that MJ carried the dress well. “If you’ve seen my national costume in orange, it was worse than MJ’s but I carried it well, because no matter what happens, it’s actually you,” she said.

The national costume by Barraza drew mixed reactions from netizens. Some compared it to an elaborate cake, while others said it was one of the worst national costumes the representative has worn at the pageant. 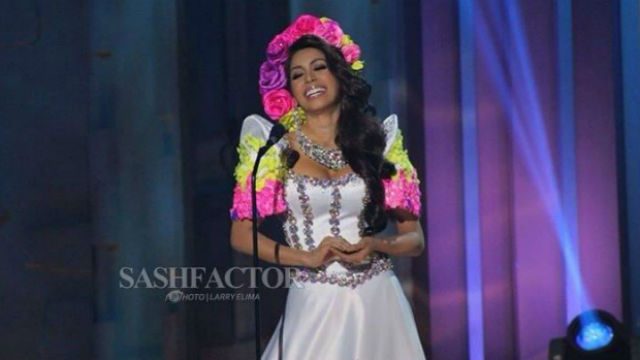 In an interview with ABS-CBN, actress Ruffa Gutierrez, who was 2nd runner-up at Miss World 1993, said that it is about time the beauty queens wear more Filipino creations.

“Hopefully they will start using Filipino-made gowns and national costumes. Kasi all our designers are talented, more talented than the other designers from all over the world,” she said.

On Instagram, designer Cary Santiago also expressed his sentiments that Araneta should use more Filipino designers for international pageants.

In a release, Cathy Binag, stylist and CEO of Style and Design Academy Manila said Araneta should give Filipino deisgners a chance to dress the Bb. Pilipinas representatives in future pageants.

“We join in the call, and the challenge, for BPCI and Stella Araneta to allow Filipino designer dress beauty queens under its franchise. These beautiful and intelligent women deserve only the best and they can only get this from our local talents.And to echo Cary Santiago, these contestants are, after all, representatives of the Philippines – not Colombia.” – Rappler.com