Georgina Wilson to fresh grads: Set yourselves apart, give it your all 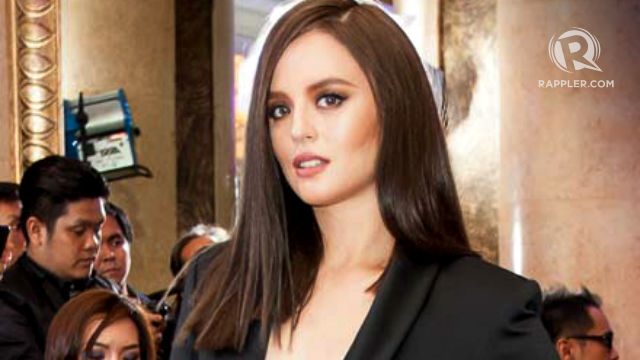 Facebook Twitter Copy URL
Copied
Before continuing her modeling career, Georgina studied finance and economics in college. Here, she talks about the first step to crafting your career

MANILA, Philippines– With many college students graduating and looking for jobs, model and TV host Georgina Wilson said that new graduates should be ready when they make the move to start their careers.

In a quick interview at the event for her new show Asia’s Next Top Model, Georgina shared that she made her own way right after college.

Before becoming one of the country’s top models, Georgina studied BS Economics (Honors) at Ateneo de Manila University, before moving to Australia, where she graduated with a Bachelor of Commerce, Accounting and Finance Double Major at the University of Sydney.

“For a lot of people, school is a safety ground. It’s so easy if you’re there, there are parameters and life is easy. The real world is really scary. You have to wake up and you’re like ‘I have this bill to pay.’ And my parents – as soon as I graduated, super cut off. They were really strict about that. I think I’ve learned so many things because that was a challenging time in my life,” Georgina shared.

She also shared tips for graduates about finding their first jobs:

“One, know that your first job is not going to be your forever job. So don’t put so much pressure on it. Just get a job.

Two, the most successful people are not people that are doing careers that somebody told them is going to do. There are people who follow what they know, they really reflect what ‘am I good at? What are my strengths?’”

“The point being is, it doesn’t matter what you’re good at so as long as you work hard, set yourself apart and you give your all.  You’ll never feel like work is work,” Georgina said.

Aside from being a model and host, Georgina is also an entrepreneur – she’s one of the partners of Sunnies Studios, which sells affordable sunglasses.

Georgina also talked about the pressure that came with her newest job as host of Asia’s Next Top Model. 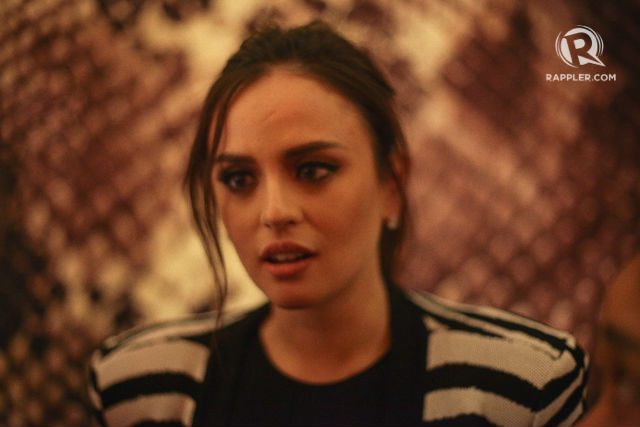 “This one was the most challenging hosting role of my life. The most high profile, the most challenging… It was huge for me. It was a lot of things, a lot of pressure personally, like skill-wise. It was a lot of pressure emotionally, the hours were long. It was the first time that I was out long outside of the country. But there was also pressure, because of what the role means to the Filipinos, to the Asians,” she said. (READ: Meet the 3 PH contestants of ‘Asia’s Next Top Model 3’)

Georgina also said that the show allows potential models to train well, so she told the girls to make the most out of it.

“I always tells the girls, ‘I never had what you guys are having.’ Everything I’ve learned, I have to learned on the ground running. So it’s like a nice way, it’s like the craziest model boot camp of your life,” she said.

Although she admits to getting emotional every time they eliminate a contestant, Georgina said she learned to keep her feelings under control.

“Every single elimination, I would cry. But there was also like the advice from the network. You need to have a level of distance. You need to see in a certain way. I think my real personality is like a bit more kengkoy (funny)…To set the tone of the show… I needed distance from the girls.” – Rappler.com

All it takes is initiative to be a career-oriented person like Georgina. Click here to find a job and jumpstart your career today!