A day of revolution in Philippine theater 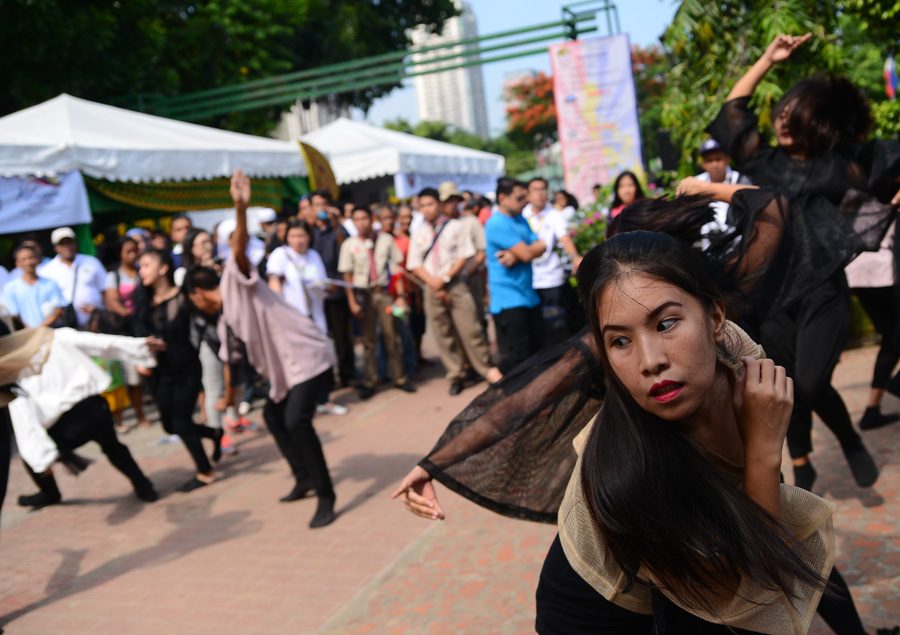 MANILA, Philippines – A different kind of revolution rose in some parts of Manila in the morning of Independence Day.

It was 7 in the morning when the student members of Pamantasan ng Lungsod ng Valenzuela Dance Company rehearsed their routine behind the Cultural Center of the Philippines (CCP) building. The group wore Filipino costumes for the flash mob dance performance staged in celebration of this year’s Independence Day.

The young students left their bags on the sidewalk as they made their stretches preparing for the series of street performances. Along with the members of Tanghalang Pilipino and veteran actor and cultural administrator Nanding Josef, whom they called Tatang, they hope to bring historical awareness to the public and to express appreciation for one of our national heroes, Apolinario Mabini. 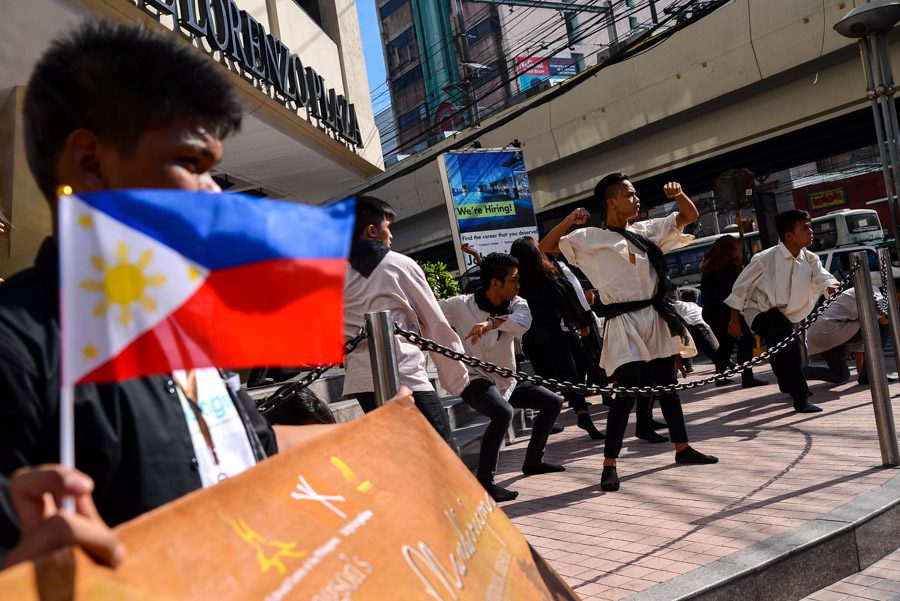 Tatang gave brief reminders to the college students on how they will give pamphlets and perform throughout their whole flash mob performance.

According to the veteran actor, they do the steam punk musical to bring Apolinario Mabini and theater out in the public, to be accessible to Filipino youth.

“We are doing this because we want to show how he was so serious and dedicated in doing something for the nation specifically in uniting the national leadership and at the same time, making it contemporary for young audiences.” 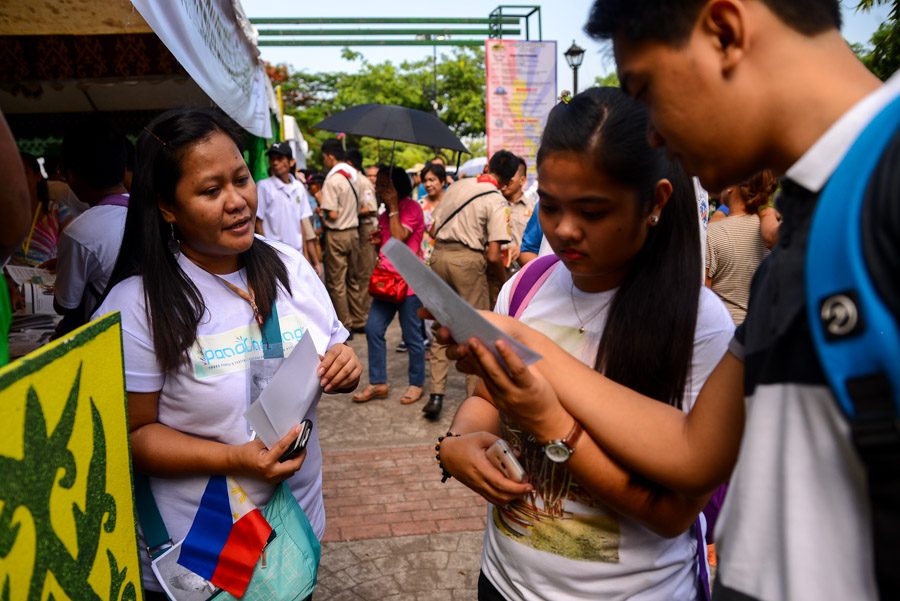 Venturing into the modern world

Though nothing can beat the experience of watching theater live, because of the group’s mission to bring art to a wider audience, they also hope that recording their performances and making them available online will help deliver the message.

“This musical, I think, is still relevant since the regular Filipinos and the leaders can learn a lot from the wisdom and knowledge of Mabini – his selfless love for the country.”

Despite the national hero’s brilliance, Mabini struggled because of his physical condition. 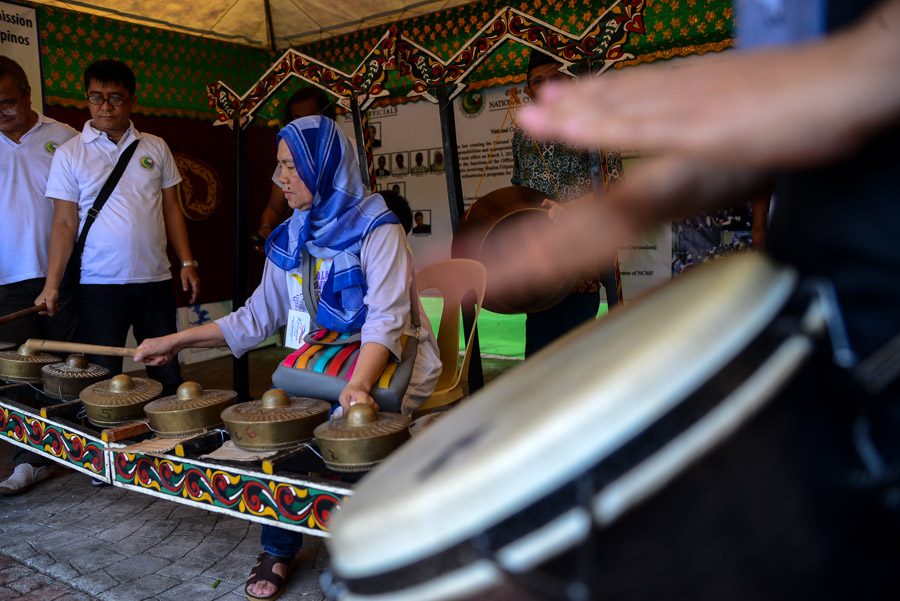 “One failure of the revolution is that they didn’t listen to somebody like him (Mabini). If people during his time listened to him, maybe we became a great nation back then.”

The group staged the revolution to emphasize the relevance of theater and to revere Mabini and his important role in the Philippine Revolution that has freed us from the fetters of the colonizers. 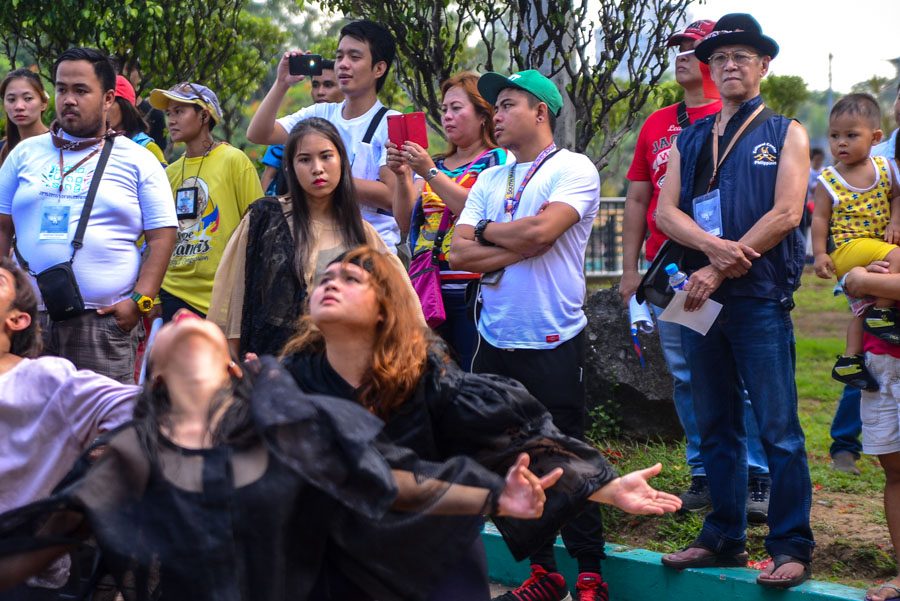 On dates July 3, 4, 5, 10, 11, 17, 18, and 19, the Tanghalang Pilipino will show Nicanor Tiongson’s Mabinig Mandirigma – a contemporary musical highlighting the intellectual heroism of Apolinario Mabini. The musical’s venue will be at CCP little theater (Tanghalang Aurelio Tolentino) and is directed by Chris Millado. For group discounts and sponsorship opportunities, contact: Lei 0915 607 2275.