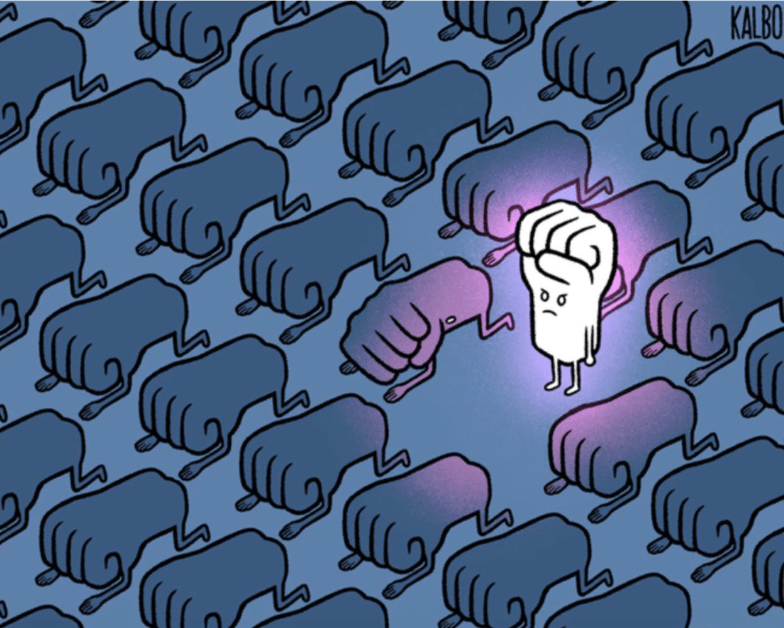 The Japan Institute of Design Promotion announced this year’s winners on Friday, October 7.

Raymundo was among 31 international winners from 392 awarded works from outside Japan. He was recognized for Tarantadong Kalbo, the viral “fist people” artwork that showcases the response of dissenters and activists against the “atrocities during the Duterte administration.” The iconic comic showed lines of grey “fists” bowing down, but only one glowing fist literally taking a stand.

Komiket, Tarantadong Kalbo’s publisher, and Raymundo himself also shared the win on Facebook.

“It’s artwork created to encourage voters to register to vote in national elections. Creators called for participation by creating derivative works from this artwork. The proceeds from merchandise sales were used for various support activities such as donating to the artists’ labor union,” Komiket wrote.

They also praised the viral artwork for “starting a movement, encouraging and inspiring many Filipinos to take a stand for truth, honesty and justice by creating their own Tumindig versions.” The artwork, which was released in July 2021, was also a call for Filipino voters to register for the 2022 national elections.

The Good Design Award’s organization began accepting entries since April 1 and screened a total of 5,715 entries from around the world, with just 1,560 of those awarded.

According to the Japan Institute of Design Promotion, the awards ceremony is a platform for design evaluation and advocacy. It acknowledges “exemplary design in many spheres, with the potential to drive industrial growth and enrich lives.” – Rappler.com