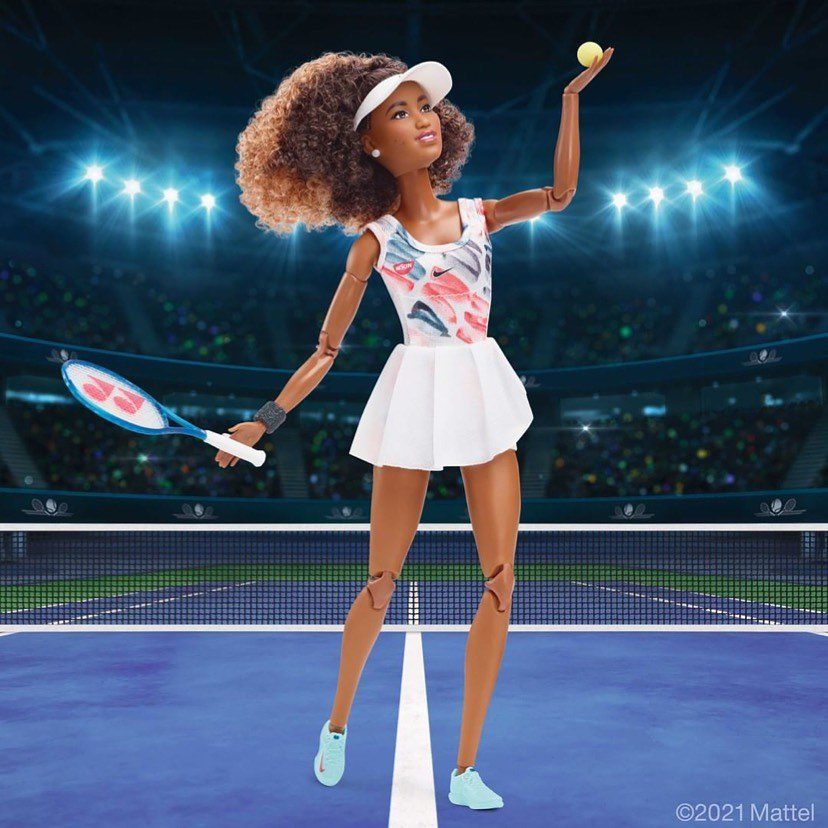 Naomi Osaka has a new signature Barbie, and the designer is Filipino-American artist Carlyle Nuera.

On Instagram on July 13, Carlyle posted a photo of the Naomi doll, sharing the process of the doll’s creation.

As Carlyle shared, it wasn’t his first time to work on a Barbie inspired by the tennis star, having worked on the OOAK (One of A Kind) Naomi Barbie in 2019.

“I’m honored to have worked with the team again to bring a Naomi Barbie to mass production so fans of her can have one!” he said.

He shared that their team did an online call with Naomi once, and that they gave her Barbie the golden ombre hair and pearl earrings that Naomi wanted.

The doll’s ensemble is a recreation of the Nike outfit and Yonex racket that Naomi sported at the 2020 Australian Open.

“Nike sent us the dress to examine and recreate the binding, the mesh inserts, the brush stroke print, all of it. They also sent us shoes that we could paint gray, digitally scan and miniaturize in Barbie scale, keeping all the details of the shoe design,” Carlyle said, adding that Yonex also sent their team a sample racket that they could digitally scan.

“What inspires me most about Naomi is how she uses her platform,” the designer mused.

“We stan a queen that wears masks in support of Black Lives Matter on the court, a queen that prioritizes her own mental health over the media system,” he said.

Naomi, 23, is known for being a four-time Grand Slam champion, and has also made waves for her outspokenness on social issues, such as police brutality, and racial inequality.

She recently skipped the Wimbledon championships and withdrew from the French Open, to focus on her mental wellbeing. She is set though to make her Olympic debut in the upcoming Tokyo Olympics.

Naomi introduced her Barbie on her own Instagram account, saying “I really hope every child is reminded that they can be and do anything.”