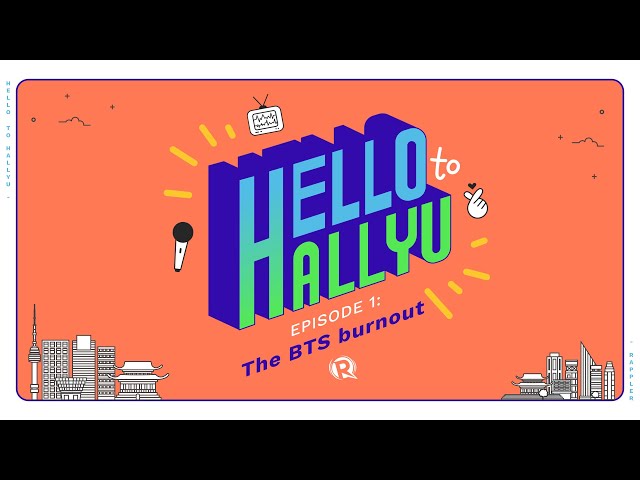 Facebook Twitter Copy URL
Copied
In this debut episode, the biggest hallyu stans in the Rappler staff share their feelings about the shocking confession from the world's top K-pop act

MANILA, Philippines – On June 14, members of BTS, arguably the world’s biggest K-pop act, opened up to the public about feeling burned out from work. They then told fans they would be taking a break from group activities.

It’s shocking for K-pop stars, whose images always have to be perfect, to admit that there’s anything wrong with their career. And BTS has the kind of international fame other groups could only dream of. So what happened?

In the debut episode of Hello to Hallyu, Rappler’s roundtable talk show on Korean pop culture, the biggest hallyu stans in the Rappler staff share their feelings about this surprise revelation, pop star burnout, and the overall culture of perfection among K-idols.

Watch this episode here on Thursday, June 23, at 5 pm or check out Rappler on Facebook! – Rappler.com