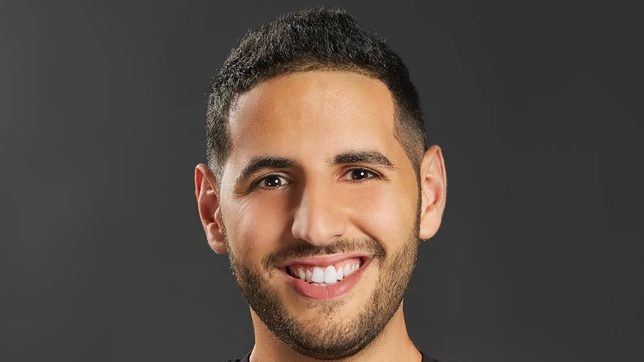 The Nas Academy – an online learning platform created by Nuseir Yassin aka Nas Daily – announced they were pausing operations in the Philippines, following controversy surrounding a course that featured traditional tattoo artist Whang-Od.

In a statement released Sunday, August 8, the digital platform said their intention was to educate but it was “misunderstood.”

“We wanted everyone inside and outside the Philippines to become a teacher, because knowledge is the only thing that increases when you give it away. Sadly, some of our intentions have been misunderstood, as we can see with Whang-Od Academy. But our goal has always been to help become teachers, with their input and consent,” the statement read.

“We are committed to working with the National Commission on Indigenous People (NCIP) to ensure that all proper processes are followed. Meanwhile, we will be pausing our operations in the Philippines to focus on strengthening our processes around how we collaborate with our partners,” they added.

In a now-deleted post on August 4, Whang-Od’s grandniece Grace Palicas called the tattoo course a scam. Palicas also slammed the program for “taking advantage of our culture,” and said that Whang-Od “did not sign any contract with [Nas Daily] to do any academy.”

Nas Daily responded to the allegations by uploading a video on August 5 of Whang-Od affixing her thumbnail to a contract, insisting that the tattoo artist gave consent to the program.

The tattoo course, which has now been taken down, was priced at P750 and offered an opportunity to “learn the ancient art of tattooing” from Whang-Od. Nas Academy also claimed that everyone involved was compensated “and for every sale the Whang-Od Academy generates, most of it went directly to her and her family.”

Following the controversy, the National Commission on Indigeneous Peoples Cordillera (NCIP-CAR) said that they will review the validity of the alleged contract between Whang-Od and Nas Academy.

Based on Philippine law, when it comes to sharing the traditions and knowledge of indigenous peoples for commercial use, one must secure the consent of not just an individual but a tribe.

Nas Academy said that they are “committed to working” with the NCIP to “ensure that all proper processes are all followed.” But given the ongoing investigation, they have decided that they will pause their operations in the Philippines “to focus on strengthening our processes around how we collaborate with our partners.”

The digital learning platform said they have “full respect and belief in both the Filipino people and culture.”

Now 104 years old, Whang-Od is recognized for keeping the ancient art of Kalinga tattooing alive. Pre-pandemic, visitors would flock to their community to get hand-tapped tattoos from Whang-Od herself.

In 2018, Whang-Od was given the Dangal ng Haraya award by the National Commission for Culture and the Arts (NCCA). She has been featured in many documentaries and stories all over the world. Nas Daily posted a short video about her in April.

In June, Nas announced that he tapped 12 Filipino creators to share their knowledge on Nas Academy, which was launched in 2020 as an online video school.

Catriona and Cornerstone have since announced that they’ve hit pause on sign-ups for what would have been the “Catriona Gray Academy.” – Rappler.com