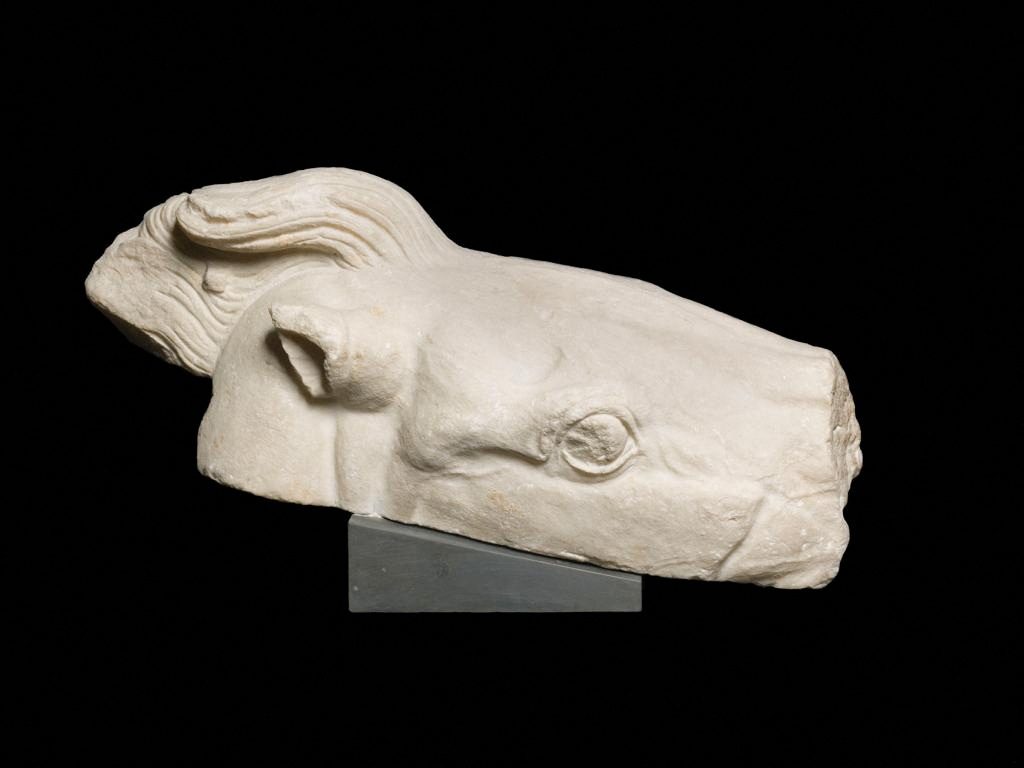 SCULPTURE FRAGMENT. One of the three fragments of Parthenon Sculptures housed by the Vatican Museum that Pope Francis decided to return to Athens, is displayed in this undated photo provided by Vatican Museum. Vatican Museum/Handout via REUTERS

VATICAN CITY – Pope Francis has decided to return to Greece three 2,500-year-old pieces of the Parthenon that have been in the papal collections of the Vatican Museums for more than a century.

The Vatican said in a brief statement on Friday, December 16, that the Pope was giving them to Ieronymos II, the head of the Greek Orthodox Church, as a gesture of ecumenical dialogue with the Roman Catholic Church.

The Parthenon, which is on the Acropolis in Athens, was completed in the fifth century BC as a temple to the goddess Athena, and its decorative friezes contain some of the greatest examples of ancient Greek sculpture.

It was not immediately clear what plans Ieronymos had for the small sculptures.

According to the Vatican Museums website, one piece is the head of the horse that was pulling Athena’s chariot on the west side of the building. The others are from the head of a boy and the head of a bearded male.

They have been in the Vatican since the 19th century.

The pieces are being returned to Greece as London and Athens continue to battle over the so-called Elgin Marbles.

Greek Culture Minister Lina Mendoni expressed her gratitude to Pope Francis “for the generous decision,” saying in a statement that it supported the government’s efforts for the return of the marbles from the British Museum.

Greece has repeatedly called for the permanent return of the 2,500-year-old sculptures, which British diplomat Lord Elgin removed from the Parthenon temple in the early 19th century when he was ambassador to the Ottoman Empire, Greece’s then-ruler.

The British Museum has always ruled out returning the marbles, which include about half of the 160-meter (525-foot) frieze that adorned the Parthenon, and insists they were legally acquired.

Earlier this month a Greek newspaper reported that a deal to return the marbles to Greece was close, but the Greek government said it was not imminent.