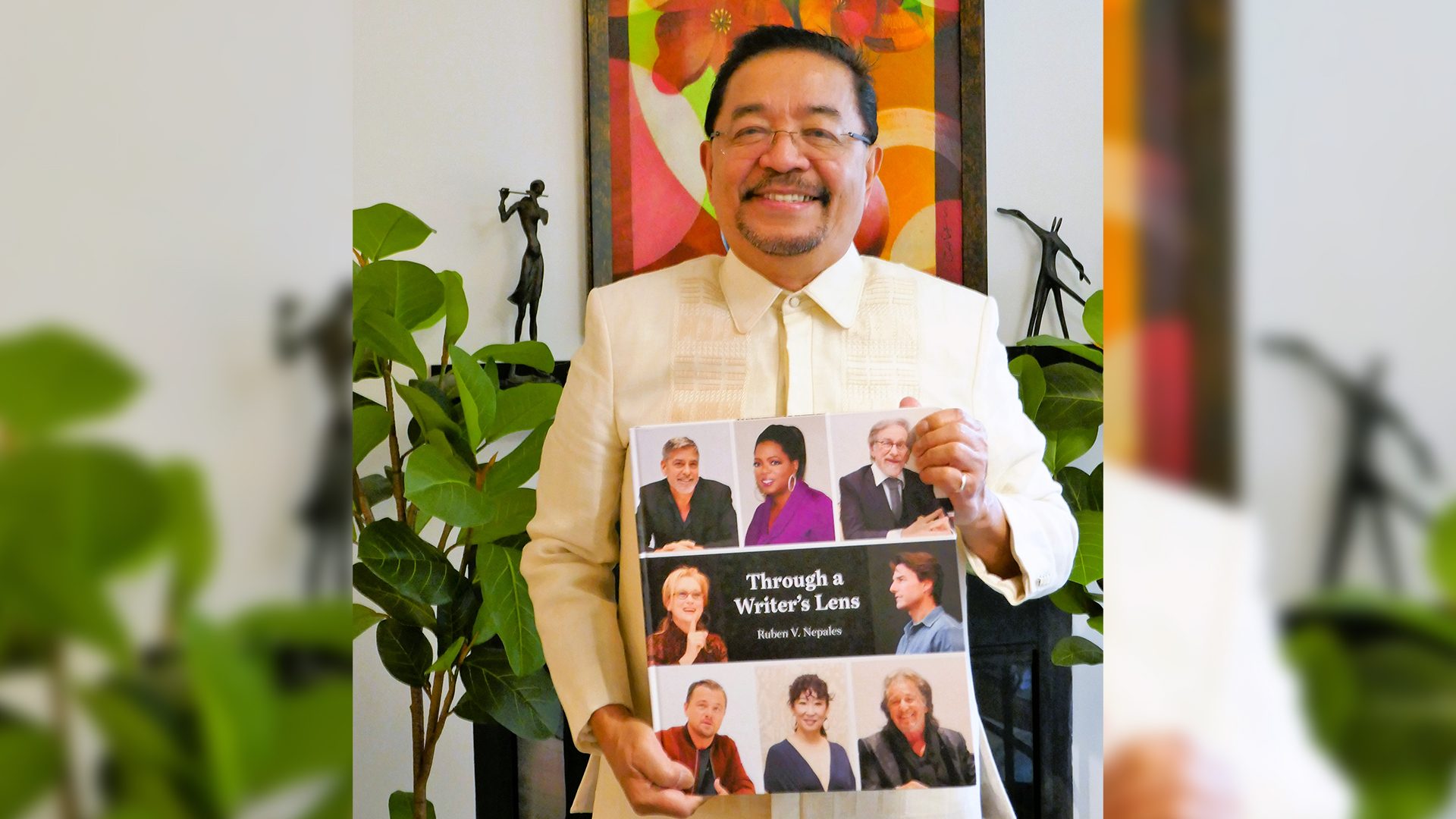 MANILA, Philippines – Rappler’s Only IN Hollywood columnist Ruben V. Nepales has taken home three prestigious prizes from the 14th National Arts & Entertainment Journalism Awards ceremony, which was done virtually on Friday, February 18, in the US.

Nepales’ photojournalism book Through a Writer’s Lens won first prize for Best Non-Fiction Book. It was hailed by the judges as an “impressive coffee-table book” that is “beautiful, informative, and trivia fun from the first page to the last.” The book, which has over 1,000 candid portraits of celebrities he had interviewed in a span of over two decades, was released in November 2020.

Second and third prizes went to Yahoo Entertainment’s Lyndsey Parker and Mercy Fontenot for Permanent Damage: Memoirs of an Outrageous Girl, and to BookBaby’s Sandro Monetti for Confessions of a Hollywood Insider, respectively.

Nepales also won third prize under the Soft News, Film category for his Only IN Hollywood essay, From sublime to sassy – what Oscars winners said ‘backstage’, published in Rappler in April 2021. The top prize went to Angelique Jackson from Variety.

Nepales also took home the third prize award for Best Entertainment Blog by an Individual/Group, Tied to an Organization for his Rappler entertainment column, Only IN Hollywood. He is in the top three with first prize recipient Sharon Waxman of The Wrap and The Hollywood Reporter’s Ashley Cullins and Eriq Gardner.

The awards ceremony of the US-wide competition, which is usually held at Los Angeles’ Biltmore Hotel, was remotely presented by the Los Angeles Press Club.

Nepales’ Only IN Hollywood column has exclusively run on Rappler since mid-2020. It previously ran on the Philippine Daily Inquirer for 15 years.

Nepales, a Filipino entertainment photojournalist and writer, immigrated to the US in the 1980s from his hometown Calasiao, Pangasinan. He became the first Filipino to be a member of the Hollywood Foreign Press Association (HFPA), an organization of journalists around the globe behind the Golden Globe Awards.

Nepales was also the first and only Filipino to be elected chairman of the HFPA board in 2012. In 2019, he was elected executive secretary and served until 2021. – Rappler.com