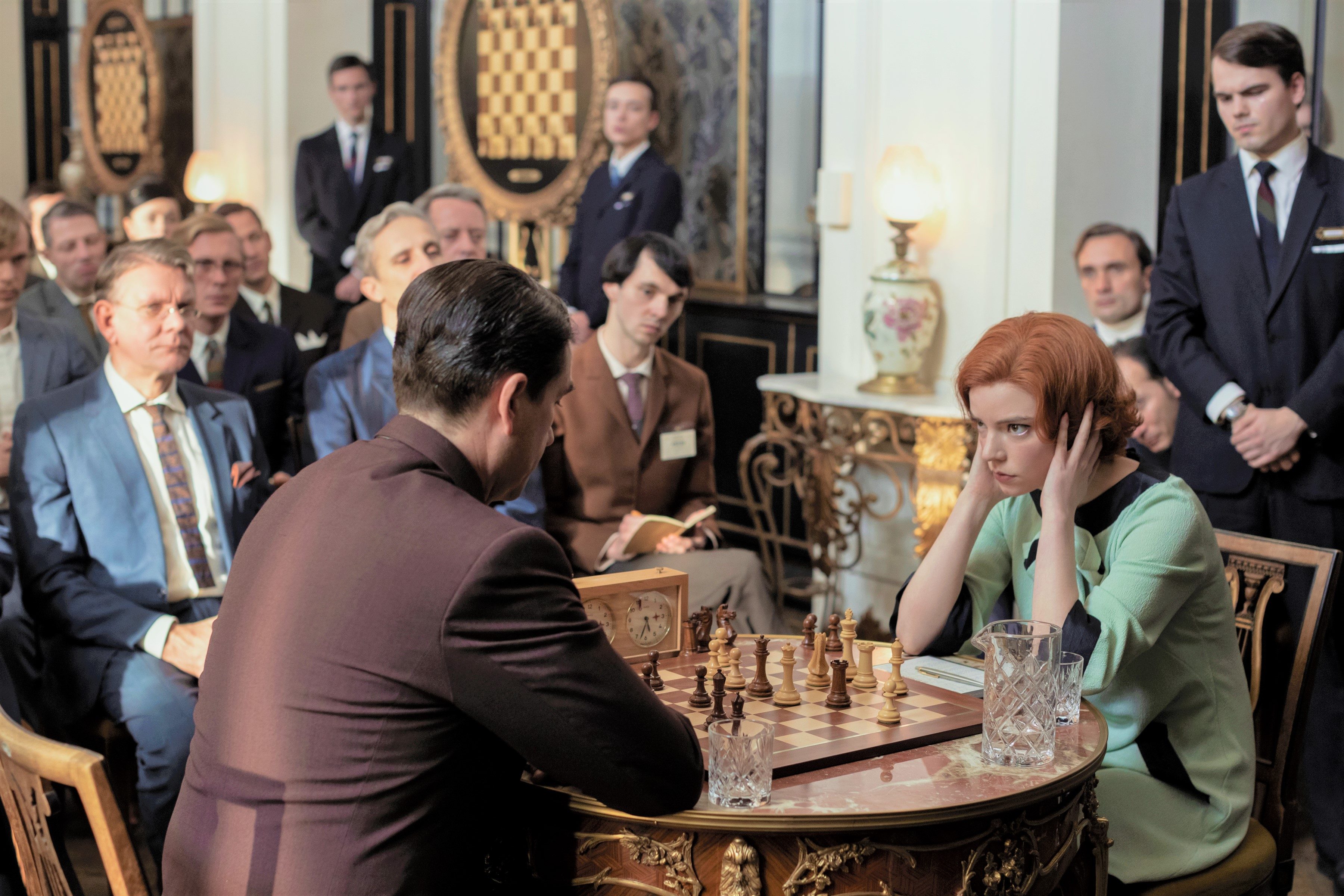 THE QUEENÕS GAMBIT (L to R) MARCIN DOROCINSKI as VASILY BORGOV and ANYA TAYLOR-JOY as BETH HARMON in episode 106 of THE QUEEN'S GAMBIT.

A Spanish chess board maker discovered by chance that its products played a cameo role in hit Netflix series The Queen’s Gambit, and its sales have since soared.

“One day I came into work and a colleague, Miguel, told me that Netflix had released a new series The Queen’s Gambit and some Rechapados Ferrer boards appeared in the trailer,” said David Ferrer, 30, who runs Rechapados Ferrer.

The series, based on the 1983 novel by Walter Tevis, debuted in October 2020 and fast became a hit.

It follows orphaned chess prodigy Beth Harmon as she takes on the male-dominated world of chess.

A triumphant finale takes her to Moscow to play one of the Soviet Union’s star players. It is in this pivotal scene that the distinctive Rachapados Ferrer chess board takes center stage.

Viewers have been keen to buy a piece of the action, boosting sales already on the rise due to demand linked to strict COVID-19 lockdowns.

“Orders of chess boards have skyrocketed,” said Ferrer, whose grandfather founded the company in the 1950s. “This year is full in terms of production.”

Ferrer told Reuters the board that appears in the finale has become one of the most requested, but is so far only available through one German distributor. It was through them that the series – much of which was filmed in Berlin – got the boards.

But with demand booming and chess more popular than ever, Ferrer says the company might try to sell the board through other channels too. – Rappler.com

Purchase your favorite board games with this Shopee voucher code.

One killed, 17 injured in stage collapse at music festival in Spain