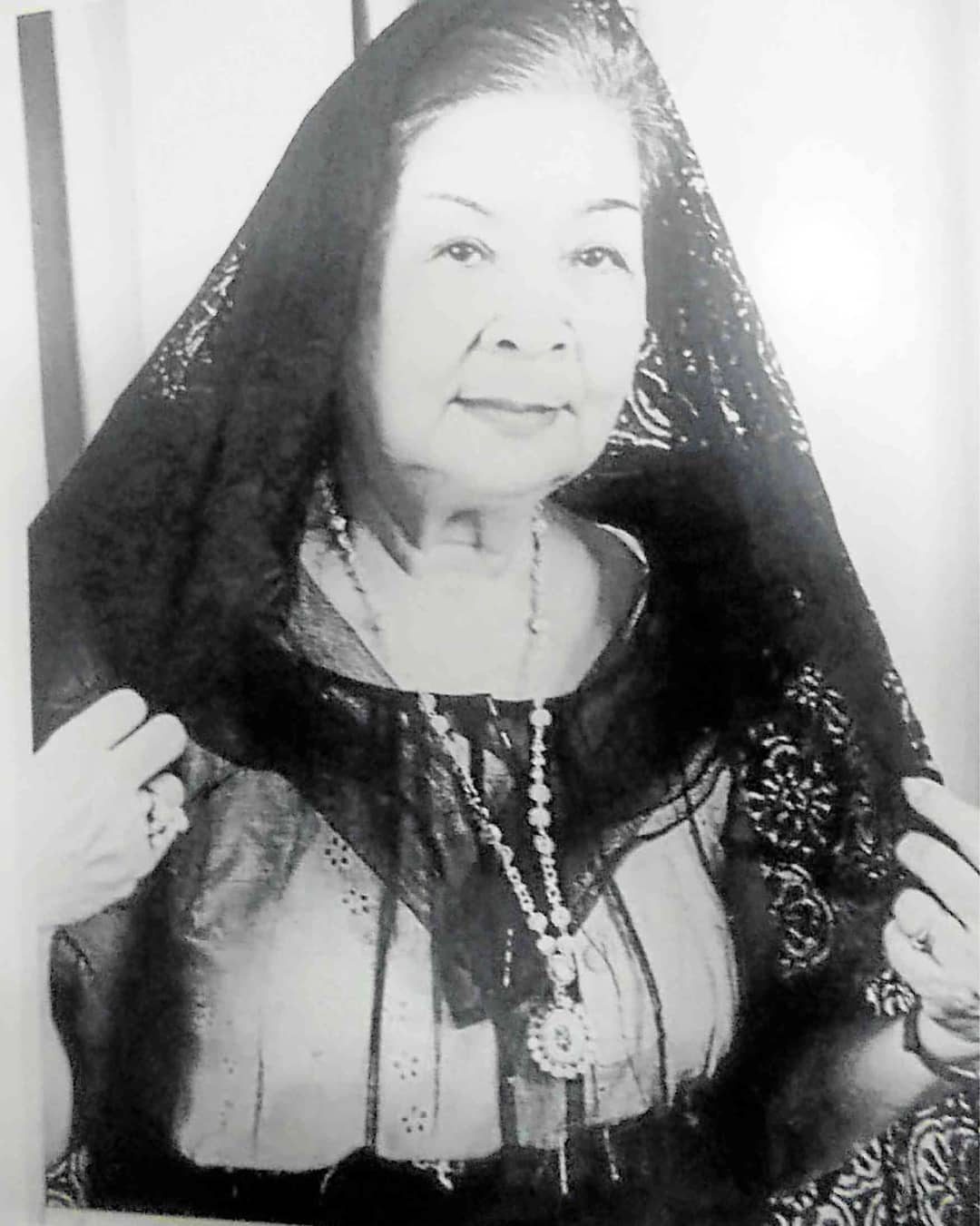 According to ABS-CBN, she died in a Pasig hospital, due to old age.

Her grandson Bam Tiongson posted on Facebook saying “the matriarch of my family took her final bow.”

Rogers is known for originating the role of spinster Paula Marasigan in Lamberto Avellana’s 1965 film adaptation of Nick Joaquin’s Portrait of the Artist as Filipino – a performance for which she earned a best supporting actress nomination at the FAMAS awards.

While it is a film role that she is perhaps most remembered for, her true home was on the stage. The daughter of jazz musician Don Ramon Crame, her interest in theater and the performing arts started early on – she was apparently directing school plays at age 11.

She had a brief stint as a flight attendant for Philippine Airlines – one of the first international stewardesses at the time. It was then that she met pilot Joe Rogers, who she eventually married.

Of course, she made her way back to the stage, and she would go on to perform in countless plays. Rogers was also well-known for her portrayal of Jose Rizal’s lover Leonor Rivera in The Love of Leonor Rivera, by National Artist for theater Severino Montano, who she ended up working with closely throughout her career.

More than being an actress, she also took pride in being a teacher. She completed a masteral degree in Speech and Drama Education on a Fulbright Scholarship, and pioneered various speech and theater programs in schools including the Philippine Normal University and her alma mater, St. Scholastica’s College.

She also formed The Philippine Drama Company-Sala Theater, where she would stage plays in her own home in Kapitolyo, Pasig.

She was immersed in theater well into her age, and continued to teach and direct plays. in 2012, at the age of 90, she played Candida in the Philippine Drama Company’s staging of The Portrait of the Artist as Filipino.

Rogers received many awards in her lifetime, including the Cultural Center of the Philippines (CCP) Gawad Award in Theater, the National Commission of Culture and Arts (NCCA) Centennial Award for Women, and the CCP’s Best 100 Filipino artists. She has also been nominated twice for the National Artist Award. – Rappler.com