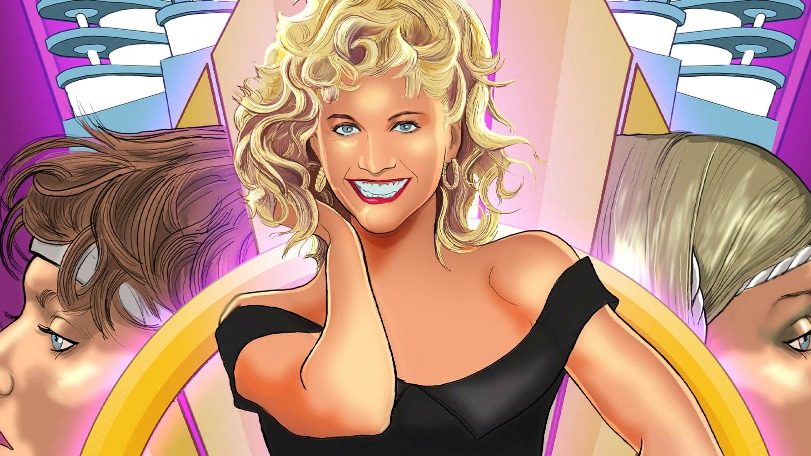 The cover of a comic book biography celebrating the life of Olivia Newton-John is seen in this undated handout image.

NEW YORK, USA – The life of Olivia Newton-John, best known for her starring role in the high-school musical movie Grease, is being celebrated in a new tribute comic book by TidalWave Comics.

The 36-page glossy will be released on September 21, five days before what would have been the British-Australian actor-singer’s 74th birthday.

Newton-John was born in Cambridge, England in 1948, and went on to win four Grammy awards and numerous American Music Awards as well as star in the film adaptation of the stage musical Grease.

She reunited with Grease leading man John Travolta in 2018 for a special 40th anniversary screening of the romantic comedy, the highest-grossing musical film at the time of its release.

In 2018 Newton-John revealed she was diagnosed with cancer for a third time, and became an ardent advocate of medical cannabis.

Publisher Darren Davis said it was an honor to work with Newton-John on the comic before her passing on August 8, and gain “her insight and exclusive info which we have used in this issue.”

The comic includes a resource guide about breast cancer. Part of the proceeds will go to the ONJ Foundation, a charity Newton-John formed in 2020 to sponsor research into plant medicine treatments for cancer. – Rappler.com