From Socks to Champ: Meet the White House pets 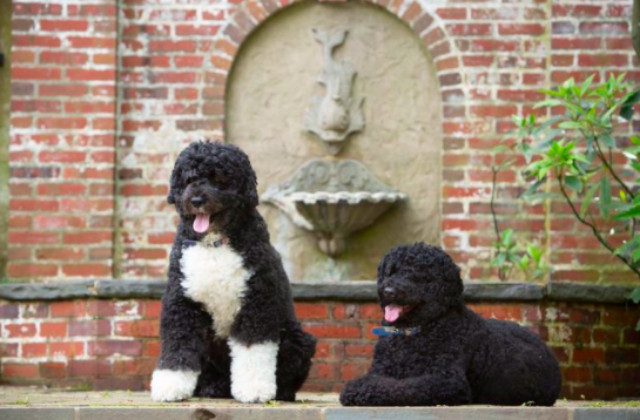 WHITE HOUSE PETS. Bo and Sunny Obama are just two of many pets that made the White House their home.

While the win of former American Vice President Joe Biden as the 46th president of the United States has been touted as a “fresh start” for the superpower, animal lovers zoomed in on something else: the return of a furry friend to the presidency.

A Biden presidency also means his two dogs are likely to grace the vast expanse of the White House complex. It won’t be the first time, of course. The White House has had a long history of playing host to a variety of first pets – except when President Donald Trump took over. Neither he nor his family had pets.

Here’s a quick round-up of the more recent furry residents of 1600 Pennsylvania Avenue:

The Biden family has two adorable German shepherds, Champ and Major. Champ was Biden’s companion during his time as Vice President to Barack Obama from 2008 to 2016. The family fostered and later, adopted Major from the Delaware Humane Association in 2018, two years after the end of Biden’s term. Major will be the first rescue dog to be brought into the White House.

Obama family dogs Bo and Sunny were quite the sight during Barack Obama’s presidency. Bo was a gift to daughters Malia and Sasha after Obama won for the first time in 2008. Sunny followed in 2013. The Obamas chose the Portuguese Waterdogs as they are a hypoallergenic breed and would not trigger eldest daughter Malia’s allergies. Bo and Sunny are beloved by many and have met several dignitaries, including Pope Francis.

The Bush family had a number of pets. Father and son, who both served as president, had at least two pets during their terms. Aside from his service dog named Sully who he received after his presidency, George H.W. Bush had English springer spaniel dogs Millie and Ranger. Millie was the mother of Ranger and Spot, who became one of George W. Bush’s companions during his presidency. The younger Bush also had a black cat named India, and two Scottish terriers Barney and Miss Beazley.

The last president to bring a feline into the Oval Office, Bill Clinton’s black-and-white cat Socks was a stray that the family adopted in 1991. Socks was often photographed on Clinton’s shoulder or at the podium of the White House Press Room. In 1997, the Clintons welcomed Buddy, a chocolate labrador, into their family. Socks and Buddy were known for their fierce rivalry, with Hillary Clinton saying “[Socks] despised Buddy from first sight, instantly and forever.” The Clintons now have two dogs, Tally and Maisie.

There have been less conventional pets on the White House lawns, according to the Presidential Pet Museum.

Former First Lady Grace Coolidge had raccoons named Rebecca and Reuben. William Taft had Pauline Wayne, the last cow on White House property. Caroline, the daughter of John F. Kennedy, who was an animal lover himself, had a pony named Macaroni.

Zoe Andin is a Rappler intern