‘Viva Magenta’ is Pantone’s 2023 color of the year 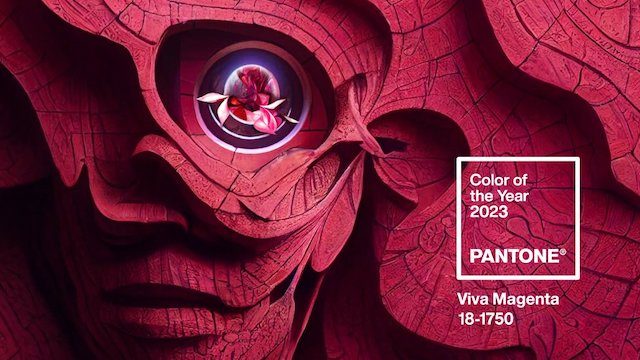 COLOR OF THE YEAR. The vivid crimson shade 'Viva Magenta' is Pantone's Color of the Year for 2023.

The Pantone Color Institute on Friday, December 2, announced the Color of the Year for 2023: Viva Magenta or Pantone 18-1750.

“Viva Magenta 18-1750 vibrates with vim and vigor. It is a shade rooted in nature descending from the red family and expressive of a new signal of strength. Viva Magenta is brave and fearless, and a pulsating color whose exuberance promotes a joyous and optimistic celebration, writing a new narrative,” Pantone said on their website.

“In this age of technology, we look to draw inspiration from nature and what is real,” she said. “Rooted in the primordial, Pantone 18-1750 Viva Magenta reconnects us to original matter.”

The Pantone Color Institute is known for its innovative color matching system that allows for the reproduction of consistent and accurate color around the world. The company has been naming a Color of the Year since 2000, analyzing trends in entertainment, fashion, social media, and branding.

The previous color of the year was 2022’s Very Peri, a periwinkle shade newly created by Pantone at the time specifically for that year. – Rappler.com