Astrology Q&A: ‘How do I learn to forgive?’ 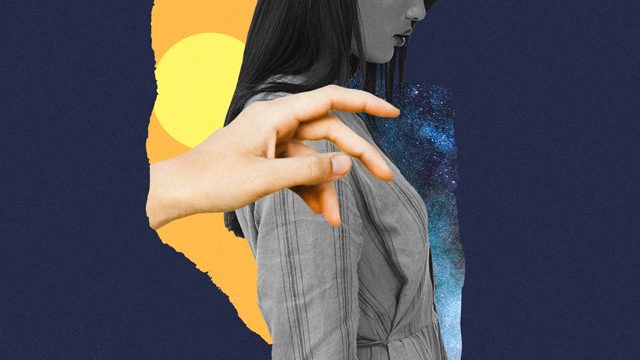 Last year, I had a falling-out with one of my oldest friends. Since we became blockmates in our 1st year in college, I’ve thought of her as a sister. But in the past few years our relationship hasn’t been the same. I didn’t feel like she was there for me during a recent low point in my life, when I was always there for her emotionally and even financially. I feel bitter about it because I feel like she used me. I still resent her, though we have already parted ways.

How can I move on from this friendship break-up?

It’s funny how a rift with a close friend can be as equally heartbreaking as splitting up with a significant other. When I look at your birth chart, I can immediately understand why such a fallout would hit you deeply.

Your Virgo Sun is shining in your 7th house of partnerships, which means that you take one-on-one relationships – whether romantic, platonic or professional – very seriously. In astrology, the Sun governs our ego, what we want to be and to achieve. A person with the Sun in the 7th house is motivated to forms close ties because they want to be well-liked.

They tend to have excellent social skills, and are good negotiators. But the downfall is they might put other peoples’ needs above your own, in an effort to maintain harmony in their relationships.

You say that you feel that you were used in your friendship, so I wonder if you swallowed your growing resentment for a long time, while this unequal dynamic played out. You say that she wasn’t there for you during a time you needed her. Did you talk to her about it, and explicitly ask for her support? In order to move on from your broken friendship, you must accept the role you played in its failure. Forgiveness is key to releasing the negativity that’s holding you back.

You split with your friend last year, while Saturn was in the sign of Capricorn, and transiting your 11th house of groups and friendships. Saturn has a reputation as a downer in astrology; wherever he goes, he brings restriction and hardship. Known as the Great Taskmaster, Saturn wants you to cut back on things that are superficial, and aren’t for your highest good.

When Saturn visits your 11th house, it’s not surprising to see friendships ending, but only because they are no longer helping you grow. Saturn is a slow-moving planet, which takes about two and a half to three years in each zodiac sign. That means this is a long-term period for you to reflect on what friendships mean to you, and which people are really worth keeping in your life.

Ask yourself which friends still share your values. And, of course, ask yourself how you can be a better friend in the future.

Gigi practices a blend of traditional and modern Western astrology, and has been reading charts since 2014. Having first learned through self-study, she is now formally studying the ancient language of Hellenistic astrology under a course by renowned astrologer Chris Brennan. She does personal birth chart readings over Zoom and Skype. You can reach her at astrobygigi@gmail.com.

Got a question for the stars? E-mail your question, and include your exact date, time and place of birth, to astrobygigi@gmail.com. It’s helpful to provide some context to your query, and I can only read your chart if your birth information is accurate and complete.