Facebook Twitter Copy URL
Copied
This is a movie that desperately wants you to take its message at face value, and does everything it can to make it easy for you. Here’s why you shouldn’t.

But one of our primary considerations on whether or not to fact-check a claim is if it’s consequential. When our nation’s history is being distorted, when these lies are packaged in a film that supposedly contains “truthful events,” and it’s viewed by scores of Filipinos, it would be irresponsible for us to ignore it.

So I went to see the film, and it immediately became clear who the main character of this film is. It is not a maid. It’s the executive producer: Senator Imee Marcos.

‘Darling genius of a girl’

What this film wants you to believe is that Imee orchestrated the Marcos family’s escape from Malacañang. In the first few minutes of the movie, the family patriarch, then-president Ferdinand E. Marcos tells Imee that he won’t be overthrown “dahil ‘andito ka na at ikaw ang gagawa ng lahat (because you’re here now and you’ll do everything).”

The audience laughed at this part, but I suspect it’s for a different reason.

The film continues with this narrative. Imee supposedly decided that Marcos should hold his own inauguration, and supposedly summoned the chief justice during the night. Imee claimed to be the one who ordered them to pack all the essentials and the one who decided they should go home to Ilocos Norte.

It’s all misleading. None of these decisions relied solely on Imee, contrary to what the film shows. Imee may have urged her father to make certain decisions, but she wasn’t the one calling all the shots.

To fact-check this film, I consulted multiple sources, one of which was considered the first account of the fall of Marcos that was told from inside Malacañang Palace. This book, Ferdinand E. Marcos: Malacañang to Makiki, was written by Arturo C. Aruiza, Marcos’ military aide for 21 years.

The film claims that the Marcos couple were immobilized during their last days in the Palace, refusing to leave, and thus Imee had to step up. True enough, while reading Aruiza’s account, one thing that stood out was that Marcos seemed terribly sick during his last four days in Malacañang.

This became a factor in why Marcos was not able to nip the Enrile-Ramos mutiny in the bud. General Fabian Ver, as chief of staff of the armed forces, also failed to act without a direct order from Marcos.

Marcos had also issued instructions to “control the crowd at EDSA,” but these were unheeded by military men who had already defected to the rebels.

Journalist Philip Lustre Jr. also posted an account of Marcos’ last day in Malacañang. He reported that Marcos “sweet-talked” chief justice Ramon Aquino to administer the oath, and was the one to ask his security men to fetch him along with his wife. They were to sleep in Malacañang due to the volatility of the situation.

According to Aruiza, it was Imee’s former husband, Tommy Manotoc, who received a call from Brigadier General Ted Allen, offering American helicopters or navy boats to transport Marcos and his entourage out of the Palace. Marcos would later tell Manotoc to call the US embassy and accept the offer of transportation.

This signaled them to start packing, “not only the president’s clothes, books, and papers, but also the boxes of money that had been stored since the campaign in his bedroom.”

In the sixth chapter of his book, Aruiza details the scene as the Marcos family prepares to board the helicopters that would get them out of the Palace. (More on this later.)

During this crucial time, this is what he said of Imee: “Agents were burning documents nearby. Imee asked them to stop because the fire was growing and the smoke bothered her. She feared an asthma attack.”

A later section in the film claims that the siblings were the ones who took action so that the family could get out of Malacañang. This featured a series of emotional dialogues where Marcos’ children kept praising their father’s legacy, lamenting how the Filipinos took it for granted.

My head spun. All along, Imee was actually the titular maid in Malacañang. And for the second time in the movie, we hear Marcos call her, “My darling genius of a girl.”

Lest we forget, Imee faked her education credentials not only once, but twice.

Another thing the film depicts inaccurately is the Marcos family’s treatment of the Palace staff.

Before leaving, Marcos supposedly bid them goodbye and gave his “last SONA” to his loyal servants. Imee also supposedly thought of a plan to keep the presidential staff safe from the protesters.

But Aruiza recounted otherwise. When their time was up, Aruiza described Marcos as “visibly exhausted,” only offering a weak and distracted smile to his grandchildren. He recalled the following farewell from Marcos to his household staff:

“The members of the household staff, the last ones to leave the Palace, were serving us hot dinner. Two of them, Susan Reyes and Danny Almazan, steadfast to the end, approached Marcos to ask if he wanted to eat. They were weeping. Marcos shook his head, then touched them gently, blessing them, the nearest to a farewell the household staff received that night.”

For this piece, I also consulted On The Scene: The Philippine Press Coverage of the 1986 Revolution, edited by Asuncion David Maramba. A Manila Times report on February 27, 1986 entitled, “The Final Hours,” also said that the Palace staff didn’t know of the first family’s departure plan.

According to the report: “Minutes before the First Family’s departure, the household staff still didn’t know of the plan. Mrs. Marcos even sent her hairstylist downstairs to get something. But when the hairstylist rushed back upstairs, the room was empty. The First Family had gone.”

One more inaccurate part of the film is how the Marcos family packed up their belongings.

In the film, right before they leave Malacañang, a scene shows Marcos and Imee relaxed enough to ask if their outfits looked nice, even going on a tangent about Imee’s love life.

But multiple reports and accounts illustrate a more agitated scene in the Palace. A Manila Times report on February 27, 1986 entitled, “Palace Shows Signs of Frantic Escape,” details how a half-eaten meal was seen on the banqueting table, scrawled notes were on the presidential desk, and a pile of bullets and guns lay on the floor, among others.

Another report published by Business Day on February 27, 1986 entitled, “Signs of Hasty Departure At The Palace,” also said the Marcoses left behind a “lavish, half-eaten meal in their silver service.” This is also contrary to the film’s claim that the Malacañang occupants were running out of food during these last days.

The report continued: “The one thing that Mrs. Marcos did take along, though, was her famed jewelry collection. Two large jewelry display cases were empty, and the floors of Mrs. Marcos’s bedroom were strewn with empty jewelry boxes.”

Aruiza also paints a different picture from the one shown in the film. “The traffic between the bedroom upstairs and Heroes Hall below grew more frenzied as all kinds of luggage made their way down. There were carton boxes, garment bags, duffel bags, traveling bags, leather bags, attaché cases, Louis Vuitton bags, suitcases, and just plain boxes packed but their flaps left unsealed.”

“Back in the Palace that last night, things were in an uproar, all of us running around, grabbing at possessions, shouting last-minute instructions, trying to remember admonitions,” he wrote. 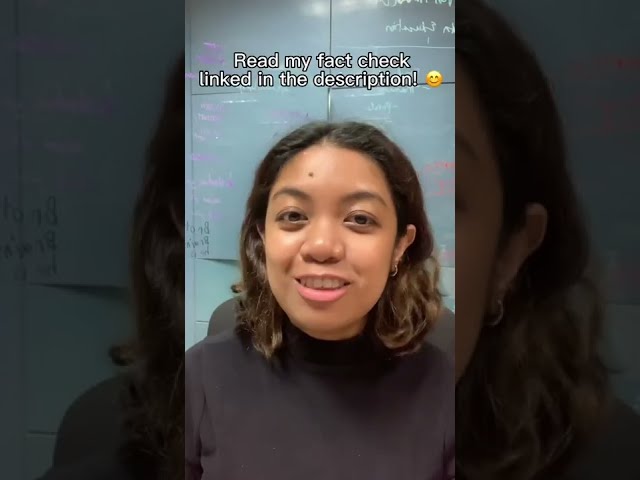 This is a movie that desperately wants you to take its message at face value, and does everything it can to make it easy for you. It wants you to think that the Marcos family are victims of a people who took advantage of their “kindness” and their provincial background, without ever mentioning that an estimated 70,000 people were imprisoned, 34,000 were tortured, and 3,240 were killed during the patriarch’s dictatorship. Don’t fall for it. – Rappler.com