Get brazo de mercedes ice cream from this local shop 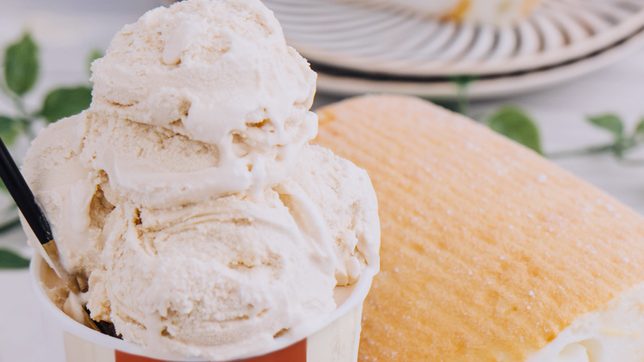 Papa Diddi’s best-selling, “all-time favorite” flavor makes use of their creamy, smooth carabao’s milk-based ice cream, mixed in with a yema custard filling and addictive meringue cake bits that are chewy and soft. The pint is topped with a drizzle of caramel syrup.

The Pint Club is a subscription-based ice cream service where subscribers get a surprise, limited edition ice cream pint delivered to them every month. For July, it was Papa Diddi’s exclusive silvanas ice cream flavor.

New subscribers will get an additional pint of ice cream on their first month upon joining. Customers can join The Pint Club on Papa Diddi’s website. – Rappler.com

Fried chicken…ice cream?! Get a bucket of this novelty treat from Pasig City