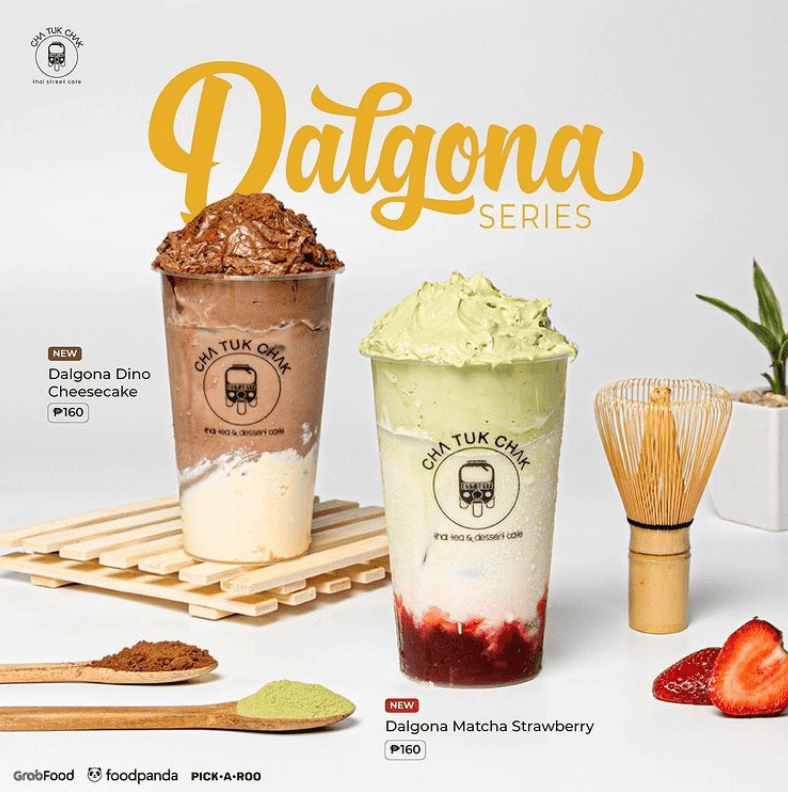 Thai tea brand Cha Tuk Chak is bringing back the Dalgona food fad for a limited time, with the launch of their new Dalgona Milk Tea Series, available from August 6 to 20, 2021.

Cha Tuk Chak’s two new milk tea flavors are inspired by the Dalgona coffee beverage, which is made by whipping coffee powder, sugar, and hot water together until it’s fluffy and pillowy. Cold or hot milk is then added to the whipped mixture, and then topped with other ingredients or syrups.

They also have a new Matcha Strawberry Dalgona flavor, which makes use of an airy, soft, and strongly-flavored green tea whip mixture atop Cha Tuk Chak’s creamy matcha milk tea with a sweet-tart strawberry compote at the bottom.

Both drinks costs P160 each and can be ordered for delivery via GrabFood, foodpanda, and Pick-A-Roo.