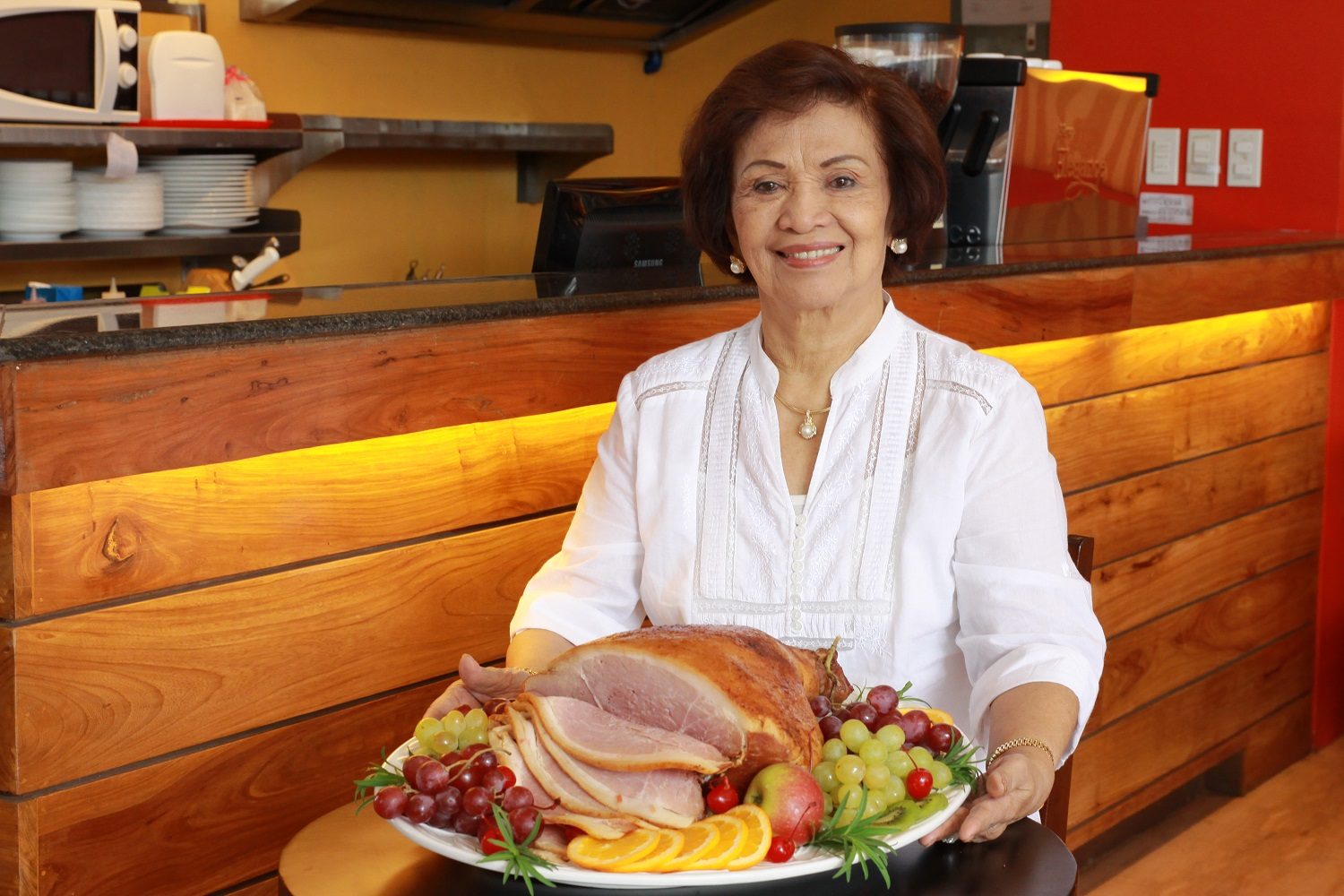 The families who made them the city’s must-have pasalubong continue their tradition of taste and excellence Filipinos the world over have learned to equate with mom’s good ol’ home cooking.

While it was a mom who started the industry, two equally illustrious dads also helped make Cagayan de Oro’s smoked hams famous all over the islands.

Started as a cottage industry by Fely Cosin-Pelaez in August 1969, SLERS – an acronym representing the first letter of her children’s names – has grown into one of Cagayan de Oro’s most famous gift and pasalubong items.

SLERS was born in a backyard in neighboring Camp Phillips in Bukidnon province, where Fely’s husband, the late Raul Pelaez Sr., worked as a department head at Del Monte, then known as the Philippine Packing Corporation. Del Monte had earlier produced hams as giveaways for its employees and friends during Christmas.

As the demand became greater than what Del Monte could supply, Fely started making ham for the home and friends using her recipe.

Her hams became so popular that Del Monte encouraged her to go into full-time production, and Fely recalled that high-ranking military officials used to send choppers to Camp Phillips just to pick up their orders.

Meanwhile, the late Faeling Floirendo, a Manileño who settled in Cagayan de Oro, started a similar venture after friends from the big city constantly badgered him with orders for ham.

Back then, what was mostly available was the salty and dry Chinese ham, so Faeling thought of making his own for sale to his friends.

After numerous, costly, experimental, high salt content recipes and getting an ultimatum from his wife Vonjit, Faeling finally hit upon a formula that was enthusiastically given the thumbs-up by his relatives and friends in 1972. It is the same formulation used to this day in the now famous Oroham.

An innovator by heart, Faeling, incidentally, also invented Cagayan de Oro’s iconic motorela – the city’s bigger version of the tricycle – and was among the founders of the Cagayan de Oro Medical Center.

Just across the City Central School, the late Nene Malferrari was in a quandary on how to dispose of hundreds of chickens from his poultry on Montalvan Street after the city council passed a new zoning ordinance that prohibited such a business in the area.

Necessity being the mother of invention, Nene and his wife, the late Amalia de Castro-Malferrari, thought of making chicken hams. So, their famous Pine Ham and sauce were born.

It is the same recipe that TGO Foods, later managed by their daughter Gina Josefa, used.

The family business was sold in 2016 but was still managed by Gina as part of the transition. It was shut down in 2020 due to the COVID-19 pandemic, but with the easing of health protocols in Cagayan de Oro, plans are afoot for the company to resume operations.

Over the years, competitors from giant food processing companies in Manila and Cebu flooded the market with cheaper, commercialized versions of the ham, but the famous ham makers of Cagayan de Oro remain unperturbed, sticking to their traditional home-cooked, high-quality hams.

Fely’s daughter, Mercedes “Litlit” Pelaez-Mejia, who now runs SLERS Industries Incorporated, said they had to make some tweaks in their ham’s formulation over the years in response to their customers’ tastes.

From the rather salty taste of Fely’s original recipe, SLERS premium Country Ham is now sweeter, although it still undergoes the traditional smoking process.

The company has also come up with a complete line of hams for all budgets. It has the boneless smoked ham, the pear-shaped Holiday Ham already wrapped in a gift box and produced only during the Christmas season, the Jamon de Cagayan de Oro, which is sliced and positioned as a pasalubong item, and the economical sweet loaf ham for everyday use.

Besides coming up with another pasalubong winner with its chicharon, the company also produces a full line of meat products like tocino, bacon, ham, and pastrami to keep pace with the rising demand for meat products.

There are no such changes for Oroham though, which still undergoes the traditional salting, smoking, and curing. Its loyal patrons say that the Oroham is not salty like others, and “the flavor is just right.”

At the same time, it introduced a new Bone-in Cook ‘n Smoke Pine Ham, which is a European-style ham that’s juicier but not as sweet as the classic, which is a Virginia-style ham cooked with pineapple and packed with a unique sauce.

While there’s still no set time when Pine Ham will resume operations, Oroham will be available by September at its pasalubong center in downtown Cagayan de Oro.

“We will just reorganize and start refitting our plant, and also reorganize our supply chain organization,” said Faeling’s eldest son Inan. “September we will be a full blast in time for our December 2022 season.”

In the meantime, the SLERS hams can be bought at the SLERS Deli Shop, also in downtown Cagayan de Oro, and several other outlets where passengers chasing their flight at the Laguindingan Airport in Misamis Oriental can easily drop by.

Those in Bukidnon province can also buy the hams next to its processing plant along Camp Phillips Road in Batingtingan, Ala-e in Manolo Fortich town, about an hour’s drive from Cagayan de Oro.

December is just around the corner for another high time for the family Christmas ham tradition of the City of Golden Friendship, and it’s always a good idea to place orders earlier than be sorry. – Rappler.com