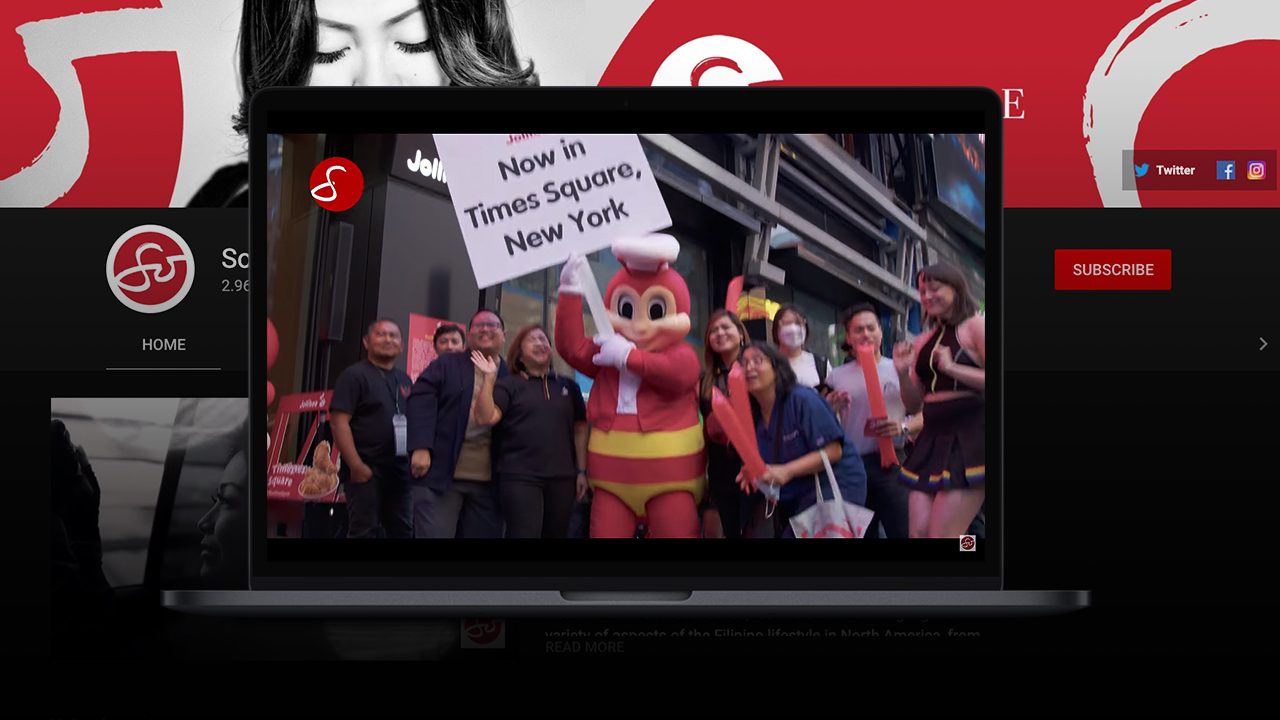 Facebook Twitter Copy URL
Copied
'To be here in the middle of Times Square is really something else,' says Maribeth dela Cruz, Jollibee North America president

For many Filipinos abroad, Jollibee is a familiar taste that reminds them of “back home.” That taste recently got its biggest exposure yet in America’s most populated city.

Filipino-American media pioneer Jannelle So Perkins was on-site at Times Square in the heart of New York City when Jollibee opened its 60th US location there on August 18. The opening drew plenty of Filipinos who were excited to see a familiar taste emerge at the crossroads of the world, shortly after the Philippine-based chain was named “best fried chicken chain” in America by the food website Eater. Maribeth dela Cruz, president of Jollibee North America, said the company has long dreamed of opening in Times Square because the location draws millions of locals and tourists alike.

“It’s really important for us to be here. Our vision is to become one of the top five restaurant companies in the world, and being here in Times Square is a testament that we are on our way to that vision,” said Dela Cruz on So Jannelle TV, which airs US-wide on cable channels The Filipino Channel (TFC) and ANC, as well as on local Southern CA digital channel KNET 25.1. 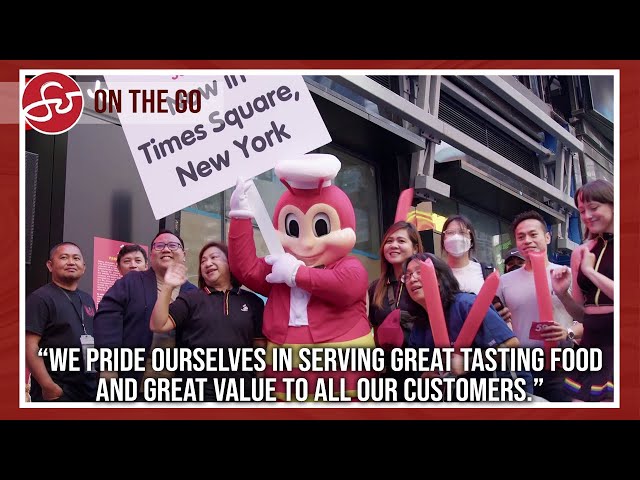 The site seemed destined to be a Jollibee. When the location was presented to the company’s CEO, Dela Cruz said the CEO pulled out a photo of himself and his son at that same spot 20 years prior.

If becoming an iconic global brand is the objective, then having a restaurant in Times Square was the logical next step, said Luis Velasco, VP of Marketing for Jollibee North America.

“We’re not the biggest here in America but we pride ourselves in serving great tasting food and great value to all our customers,” said Velasco.

Few could stake a better claim for being the most excited about the opening than Ernie Aguinaldo, who started lining up 12 hours before opening to be the first person on line to be served at the new Jollibee branch. His efforts earned him a free six-piece bucket per month for a year plus other goodies.

“Every time I talk about Jollibee, I’m talking about my pride being a Filipino because this is something that we’re very proud of,” said Aguinaldo, who added that he would be sharing Jollibee’s famous Chickenjoy to non-Filipino friends “so that they will know what I’m talking about!”

Velasco said the goal is to roll these options out across other locations in North America as well.

For now, the Times Square grand opening has given Jollibee execs a lot to feel optimistic about.

“It’s really giving us a lot of encouragement, a lot of push, and a lot of excitement to know that people are excited about the brand,” said Dela Cruz.

“To be here in the middle of Times Square is really something else.” – Jannelle So Productions | Rappler.com