Gubat QC: Where nothing goes to waste 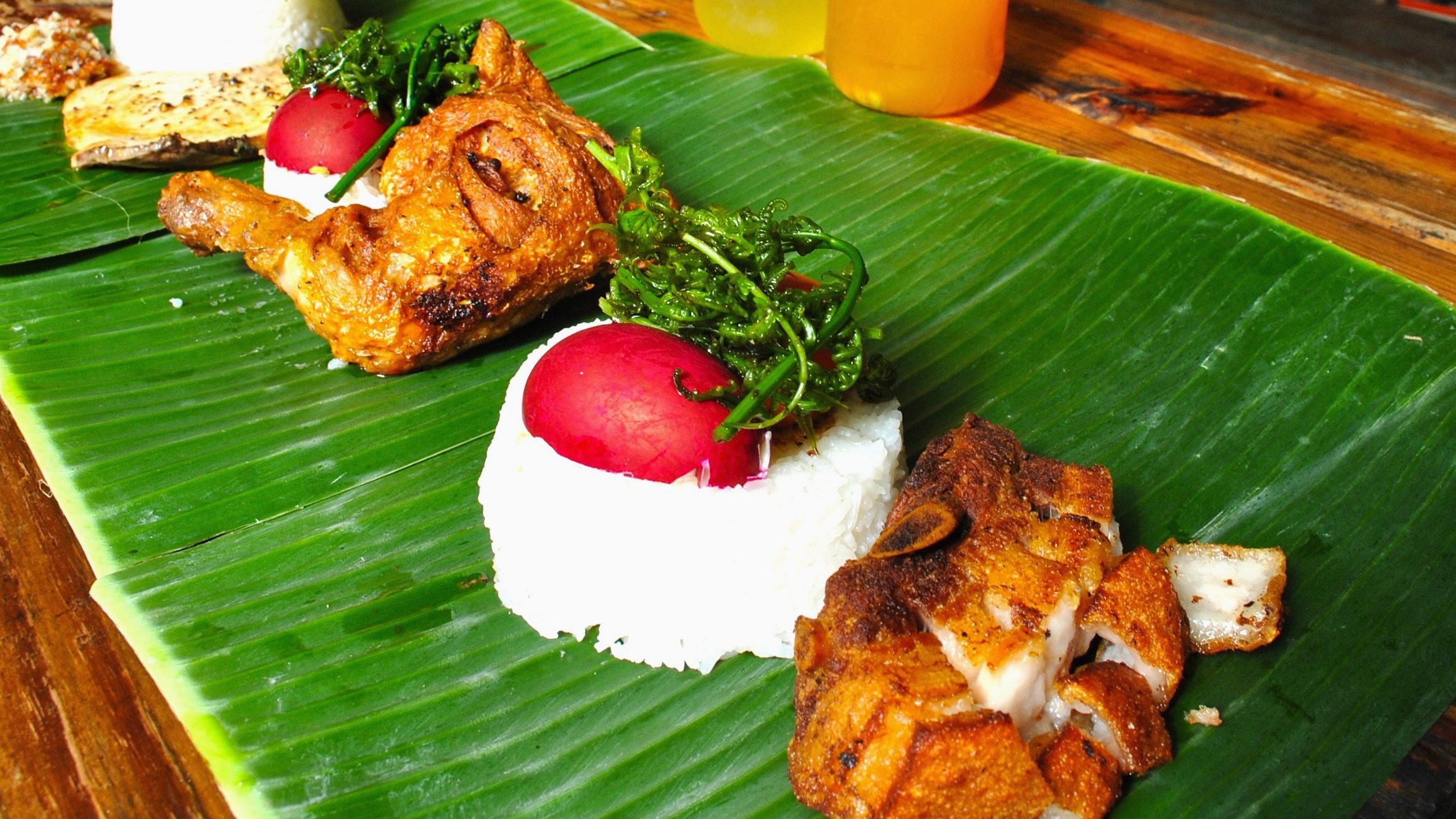 MANILA, Philippines – Blink, and you might just miss it.

Hidden along a side street at the corner of C.P. Garcia Avenue and just a stroll away from the University of the Philippines Diliman campus is Gubat QC, a literal hole-in-the-gubat eatery tucked behind sprawling greenery and beautiful bonsai, standing small but strong in the middle of the Diliman Bonsai Society.

Amid the green is a small sign – an inconspicuous “Gubat” hanging on a bamboo swinging door.

Upon entry, a stark contrast from the outside world greets you – from drab concrete, cars, and stuffy, polluted air, to verdant green landscaping, rural, wooden interiors, and a laid-back atmosphere – making for an easy, breezy, and beautiful respite from the city.

It was love at first sight, quite literally, when co-founder Biboy Cruz stumbled upon the then-empty grassland of Diliman’s Bonsai Society in 2017.

(So, I started thinking of names. Then I heard my business partner Cereb talking to her mother, who owns this area. They would call it “‘yung gubat. (the forest).” “Are you there at the forest?” “I’m at the forest.” I suddenly got excited, so it was named Gubat.)

Years later, in 2017, Biboy brought Kusina Luntian’s simplistic charm to Manila – including their longganisa and tapa best sellers – through Gubat and its recrafted menu, reinvented to suit the spot’s “no ihawan, prito only (no grilling, frying only)” kitchen setup.

All in the recycled details

According to Biboy, the “temporary” structure of Gubat makes adjusting to unexpected changes easier. If the number of customers increases over time, all that’s needed is a simple takedown and put-up of one area. Find something recyclable and cute? Add to store.

Rules of the jungle: No plastic, no plates, just hands

The idea of banana leaves as dining ware started in Kusina Luntian, when Biboy, who was also its manager, started to go, well, bananas.

“Mag-isa talaga ako noon. Ako ang taga-luto, taga-hugas, taga-serve ng customers. ‘Di ko na talaga kaya, so ginawa kong banana leaf nalang, to save time, energy, and efficiency,” he said. (I was the only one there. I was the cook, the dishwasher, the waiter. I couldn’t take it, so I used banana leaves instead, to save time, energy, and efficiency.)

Banana leaves are cleaned every morning after buying them from different sources – one day, they’re from the market, another day, they’re from neighbors, or from colleagues whose nieces and nephews sell in bulk.

“Solid din ang pagkatipid namin sa panghugas, sa effort, at sa waste namin,” Biboy added. “Lalo na sa pagkakamay.” (We save a lot from not washing, not exerting as much effort, and not producing as much waste. Especially because customers eat with their hands.)

Mostly biodegradable waste comes out of Gubat and into the segregation facility next door – and sorry, no plastics here.

“Kapag may takeout, walang plastic, walang utensils. Box carton lang (If the food is for takeout, we don’t give out plastic, not even for utensils. Just a box carton),” Biboy shared.

Aside from the logistical perks, Gubat’s unique dining style adds to the overall “non-Manila” charm of Gubat, as well as the gusto of hungry customers – because sometimes eating with your hands just makes food taste better, doesn’t it?

The pride and joy of Gubat

With just 8 dishes on the menu, less is more when it comes to Gubat’s expertise: the food.

Each meal is served with a cup of adobo rice, pako (seaweed) salad, red egg, and kamatis, with a price tag that doesn’t hurt.

Gubat’s Piniritong Manok (P170) is also a crowd favorite, with chicken parts that prove value for money – the thigh-leg is juicy and moist inside, with golden-brown skin fried to a beautiful crisp.

Pescetarians need not fear: Gubat’s Piniritong Isda (P175) is here! Expect a well-cooked, moist, and tender blue marlin steak, marinated so well that gone is the need to reach for the suka.

No frills, no fancy additions – just simple, well-cooked meals reminiscent of home, as Biboy put it. “Sa bahay, puro ganun ang mga naaalala kong pagkain. So, ganun ‘yung panlasa ko – simple lang.” (In my home, these are the dishes I remember eating. So that became my taste – just simple.)

Biboy shared that their ingredients are always the leads of the show – just salt and pepper. Biboy keeps it basic, and basic, it seems, is best.

A rising star from the menu is Gubat’s Burong Kanin (P35), an ode to the Pampanga classic of fermented and salted rice, usually made with fish or shrimp.

If the thirst is real, so is Gubat’s selection of refreshing coolers, made with only fresh fruits and natural ingredients.

Gubat’s Turmeric Iced Tea (P65) is a mildly-sweet iced tea with a kick of ginger, while the Fresh Calamansi Juice (P65) won’t disappoint fans of the tangy citrus fruit.

Everything on the menu, from the meat cuts to the fresh produce, is sourced from the nearby palengke (wet market) every morning.

Gubat is located at Diliman Bonsai Society, C.P. Garcia Avenue, Diliman, Quezon City and is open every day from 11 am to 9 pm. For more information, you can visit Gubat’s Facebook account. – Rappler.com

Interested in home-cooked meals? Check out this Foodpanda promo code.