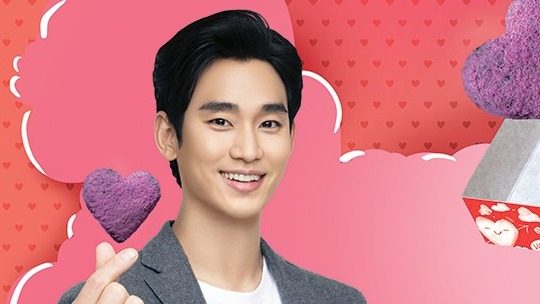 Dunkin’ announced their newest and first South Korean endorser on Tuesday, February 1, greeting the 33-year-old K-drama star a warm saranghae. Whenever you order Dunkin’s new mini Valentine Heart Donuts in ube and chocobutternut flavors, you get a limited edition box with a photo of Soo-hyun front and center.

Dunkin’ first teased the arrival of a new Korean endorser on Friday, January 28.

Soo-hyun also starred in various K-dramas, like fantasy romantic comedy My Love from the Star (2013), It’s Okay To Not Be Okay (2020), One Ordinary Day (2021), and The Producers (2015), which won him three Daesang Grand Prizes at the Korea Drama Awards. He received his first Daesang award for My Love from the Star. – Rappler.com