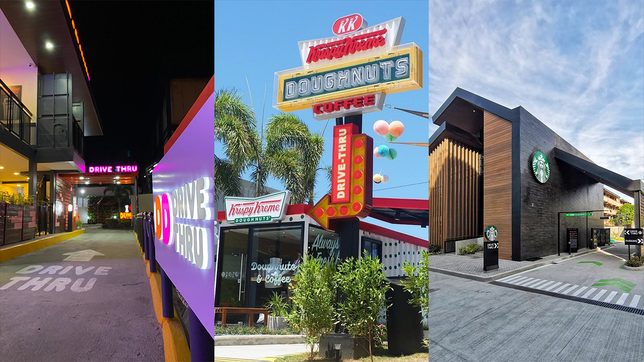 Facebook Twitter Copy URL
Copied
Satisfy your cravings while in the comfort and safety of your car!

MANILA, Philippines – During a pandemic, there really is no (safe) place like home. But when intense cravings arise during the day or even late at night, drive-thru locations are a life-saver, especially if delivery apps are taking too long and takeout is too much of a hassle.

Driving in the comfort of your own car for your favorite snack or drink, at your own time, is a convenient, safe, and fun way to satisfy a craving. Aside from the usual fast-food restaurants, here’s a list of drive-thru locations of popular brands around the Philippines for your donut, coffee, and even pizza fixes!

Craving for a box of Choco Butternut munchkins or a bucket of Choco Wacko donuts? Donut worry – Dunkin’s gotchu with their convenient drive-thru and bike-thru branches!

In December, Dunkin’ opened their first drive-thru store in Visayas at Dunkin’ Palo in Baybay Road, Brgy. Paras Palo, Leyte; and one in Shell Bago Aplaya in Davao City.

In January 2022, Dunkin’ opened another al fresco and drive-thru branch in Shell Roosevelt, Quezon City, which also includes a bike lane; followed by a 24/7 branch in Shell Sumulong Highway, Cainta, Rizal; and in Jetti Antipolo.

Currently, Krispy Kreme has a 24/7 drive-thru mini store along White Plains, Quezon City; in Bukaneg Street, Malate, Manila; and in Greenhills Shopping Center, San Juan City. A new one in Shell Cainta (beside STI) will be opening in February.

Here are their other drive-thru branches around the country: 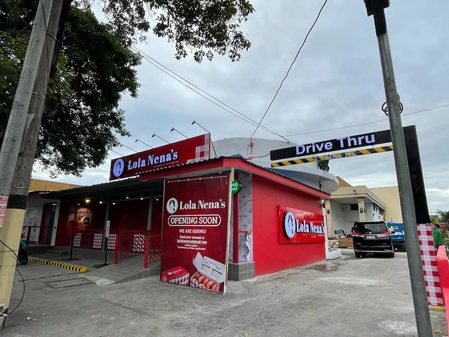 For your iced coffee, frappuccino, and pastries fix, Starbucks Philippines has several drive-thru branches located around the country.

Order this and more from foodpanda!