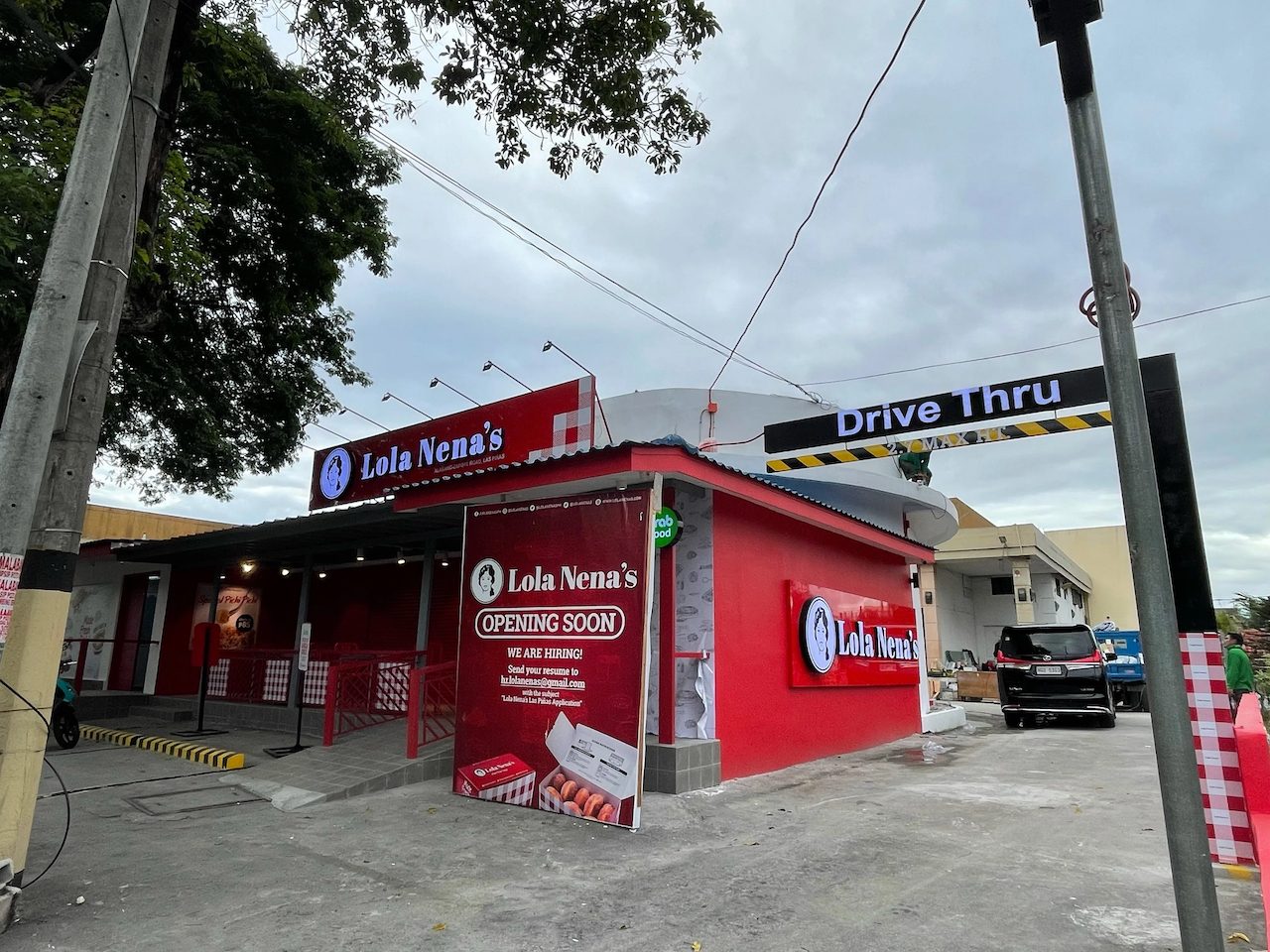 Customers can conveniently drive through in their vehicles for their donut fix (and more) at Lola Nena’s newest store in Madison Square, Alabang-Zapote Road, Las Piñas City from 9 am to 8 pm daily. The store will serve Lola Nena’s complete menu – donuts, pichi-pichi, siopao tostada, palabok, bihon, and more – with the addition of new solo meals slated for the coming months.

“We wanted to open a drive-thru because it’s really giving more value to the customers by having a very convenient option to order,” Lola Nena’s told Rappler.

Lola Nena’s first ever branch was founded in 2012 along Quezon Avenue and rose to fame for their best-selling pichi-pichi. As the years passed, more homemade pastries and Pinoy comfort staples were added to the menu, like their cheese donuts, pancit dishes, and siopao – which all proved to be a hit.

However, when the pandemic hit, the brand was forced to stick with a skeletal menu, which they actually called “a blessing in disguise.” They stuck with their best-selling items: Classic Donuts (with one layer of cheese inside), Pichi-Pichi and Siopao Tostado.

“At this time, we also turned part of our commissary into a “Frontline Feeder” kitchen and cooked and sent out food daily,” they said.

“We were one of the few restaurants that stayed open since day one of lockdown. Since only a few restaurants were available on online food apps, new clients started pouring in! Imagine – at the start of the scariest time of lockdowns, we were getting busier and busier,” Lola Nena’s added.

This was when the hype for Lola Nena’s Cheese Donuts was at its highest, followed by the clamor for their extra cheesy Triple Cheese Donuts, which were only launched mid-2020.

Lola Nena’s Triple Cheese Donuts are worth the hype “A month or so into the lockdown, clients started asking for extra cheese in our donuts and that’s how the Triple Cheese Donuts were born,” Lola Nena’s said. Thank goodness for that! – Rappler.com

Get Lola Nena’s donuts from foodpanda for less using these coupon codes!