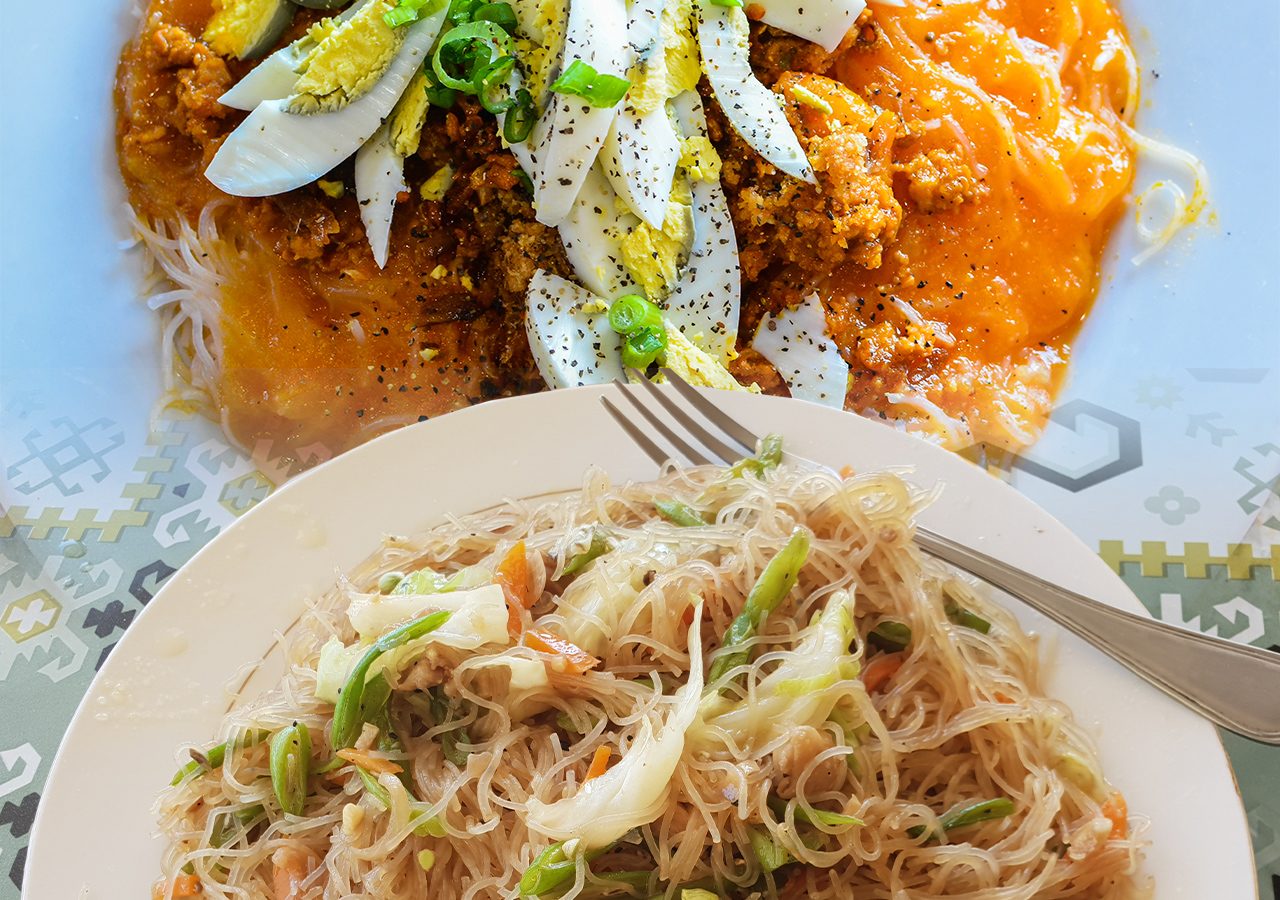 MANILA, Philippines – Dis is it, pancit! Can you guess which five pancit dishes made it to Taste Atlas’ annual list of 50 Best Noodle Dishes in the World?

The quintessential pancit, a Filipino household celebration staple, ranks in 24th place with a 4.3 rating out of 5. Taste Atlas described it as a Filipino dish with Chinese origins, and typically consists of stir-fried egg noodles with meat (chicken, pork, and/or shrimp) and vegetables (celery, onions, carrots, garlic, cabbage).

“The name of the dish is derived from the Hokkien phrase pian i sit, meaning something convenient, cooked fast,” Taste Atlas wrote. Pancit has various iterations, depending on the toppings and noodles used, and is considered a birthday staple, as it symbolizes long life and good health according to superstition.

An example is pancit canton, which follows in 31st place with a 4.2 rating. This variation combines yellow wheat noodles with ingredients not limited to soy sauce, oyster sauce, meat, seafood, and vegetables.

Pancit bihon comes in 33rd place. This dish uses translucent rice noodles instead, and is mixed with sliced pork, chicken, and different vegetables, as well as a mixture of soy sauce, calamansi juice, salt, pepper, and other ingredients.

In 34th place is pancit palabok, a traditional Filipino dish of rice noodles “doused in a creamy shrimp-infused sauce and complemented with various toppings such as hard-boiled eggs, pork cracklings, shrimps, pork, fish flakes, and scallions,” Taste Atlas wrote, citing that it’s its own Filipino original version, and not Chinese-influenced.

Last (but not least) is pancit lomi in 48th place, Batangas’ famous thick, hot Filipino soup with fresh egg noodles in a rich broth. According to Taste Atlas, many regional varieties are thickened with flour or eggs and incorporate pork or chicken, sliced pork liver, and a variety of vegetables. Even sliced kikiam, ham, or meatballs can be included too.

Taste Atlas recently included kare-kare as one of the Top 100 Best Stews in the World. In July, Taste Atlas lauded bibingka as the 13th Best Cake in the World. Sinigang was also named the 7th Best Soup in the World and tortang talong was scored as the Best-Rated Egg Dish in the World. Other Pinoy delicacies like lechon and lugaw have also been recognized by the website.