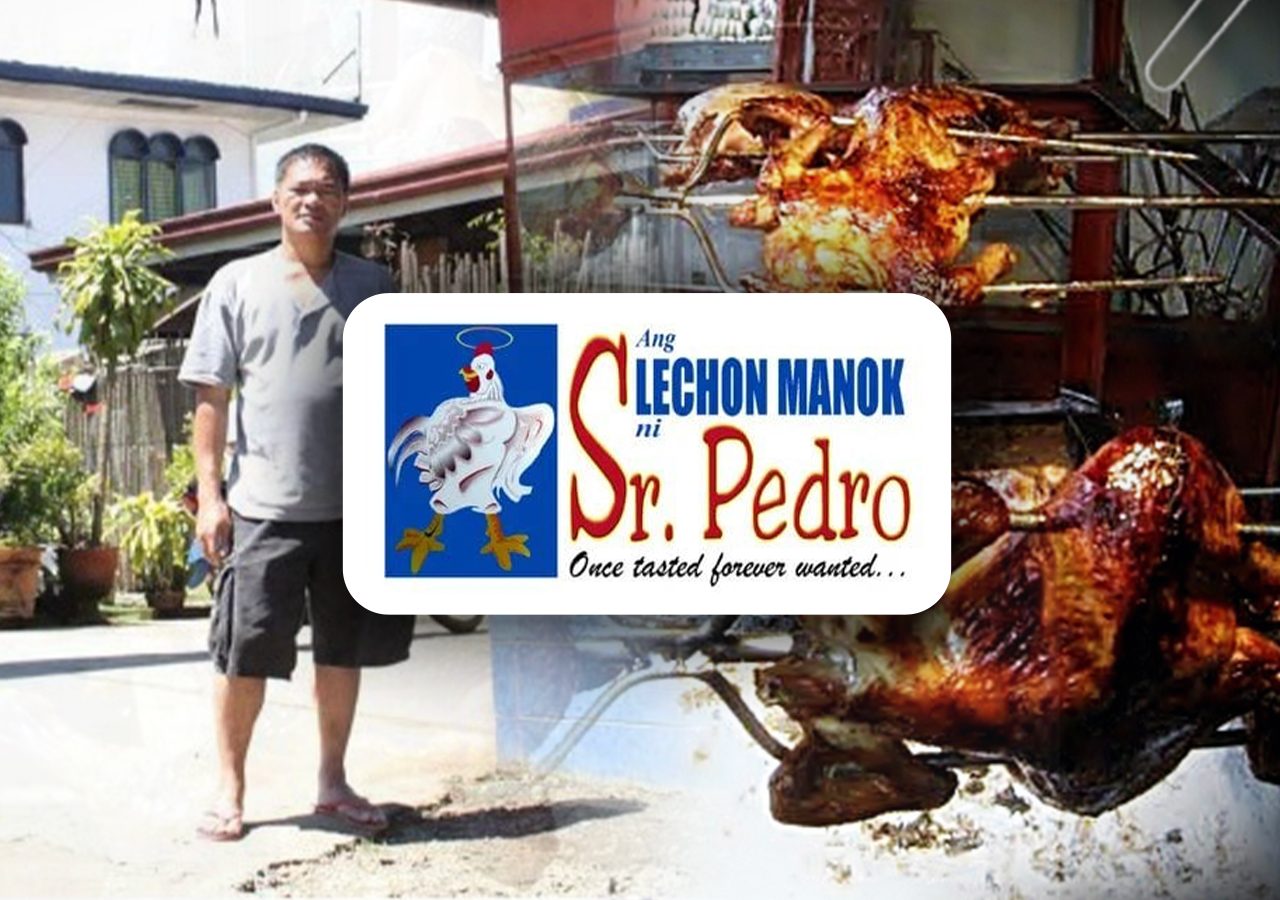 Facebook Twitter Copy URL
Copied
There was even a time Gloria Macapagal Arroyo, then still a senator, and her husband Mike Arroyo polished off two whole chickens at the original branch in one sitting

Filipinos across the country who see the ubiquitous Lechon Manok ni Sr. Pedro sign would likely assume a man named Pedro was behind the brand’s tasty roast chicken.

The truth, however, was that a man named Antonietto from Bukidnon concocted the winning recipe, stumbling across it after a series of ventures which all seemed doomed to fail.

When Antonietto Mamawag Unabia retired in the early ’90s from the Philippine National Bank (PNB), having served as a credit investigator for 12 years, he took his lump sum retirement pension and decided to go into business.

From 1991 to 1992, Nieto, as he is known to friends, then went into various small business ventures around Mindanao. At one time or another he was a comprador of fish from Surigao, dressed chicken from Cebu, office supplies from Cagayan de Oro, and even veterinary supplies. At one point he even put up a pool hall and mahjong parlor in his own residence. All of these ventures failed.

Down but not out, Nieto went back to PNB – sort of. He rented half of a 32-square meter lot next to the PNB-Malaybalay City branch he used to work in and started selling snacks made by his wife Nida to his former colleagues. Later, they also began providing breakfast and eventually full meals to much the same clients.

Naming the spot “Middle Chamber,” Nieto functioned as an all-around factotum for Nida, helping prepare the food, run errands, and the like.

It was during these dire times that the idea to sell lechon manok came to him. He had noted how their lechonero Fredo would become idle after 9 am, having already finished broiling the morning’s menu. So, Nieto started experimenting with lechon manok formulations until he hit the one which suited his taste.

His new venture still unbranded, Nieto started selling whole-chicken lechon manok, though he also sold wings, legs, and breasts as cut-ups. As usual, it was his faithful band of PNB colleagues who started bringing whole lechon manok home to share with their families.

“When we started, I was thinking that with only 30 lechon manok sold daily, I would have already approximated my salary at PNB,” Nieto recalled. Soon enough, however, the Malaybalay store would end up selling 200 lechon manok a day.

“Kalami jud (It’s so delicious),” was a comment Nieto would often hear from his customers as sales continued to soar. There was even a time former president Gloria Macapagal Arroyo, then still a senator, and her husband Mike Arroyo polished off two whole chickens in one sitting.

It was during this time that his younger brother Peter – now the governor of Misamis Oriental – took notice of his brother’s success and decided to open a second branch in Cagayan de Oro. Peter had just retired from his job as a detailman in Unilab, and was looking for other businesses to augment the family income. At the time, he made money by delivering basic commodities on order from house to house using a motorized tricycle he drove himself.

“Sales in our first branch were so-so, but we had a hit with our second branch in Ozamiz, where we priced down our lechon to only P90 versus the P120 offered by competitors,” he added.

By the time the third outlet opened in Iligan, the fledgling business had already attained sufficient volume to warrant a service truck.

Besides its wholesome taste, Nieto also identified their consistent use of aluminum foil to wrap their lechon manok as another reason people continued to flock to their outlets.

“We were pioneers in the use of aluminum foil instead of banana leaves to wrap our lechon manok,” Nieto said. “It’s a little more expensive but taste keeps better, and hygiene is important.”

Today, Lechon Manok ni Sr. Pedro has over 500 branches nationwide. The usual stall is only manned by one person who doubles as lechonero and cashier. Interestingly, there’s no franchise system to speak of; the usual takers are simply relatives and friends.