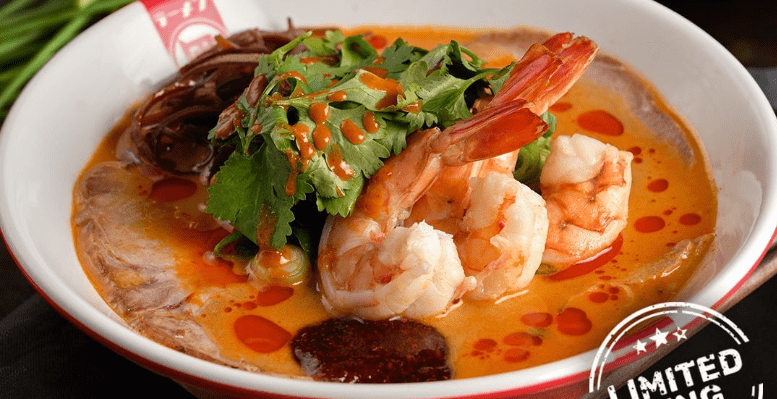 MANILA, Philippines – If you can’t decide if you’re #TeamRamen or #TeamTomYum, that’s okay – you don’t have to! You can get the best of both Asian soup worlds at Ramen Nagi, whose Limited King for January is the Tom Yum Ramen.

They complement each other well, with the tom yum goong broth providing a kick of acidity and spice in contrast to the buttery broth and creamy coconut milk that’s also infused. The fresh cilantro on top helps to provide some welcome freshness. It’s like you’re eating two good soups at once!

Everything is topped with tender, well-cooked shrimp, soft pork chashu slices, chewy menma (seasoned bamboo shoots), fresh greens, coriander (cilantro), and a generous drizzle of chili oil, which does make the broth really spicy for heat-averse people like me. I should’ve asked if the chili oil could be served on the side instead.