Like it, hate it? Filipinos react to American-owned US restaurant ‘Barkada’ 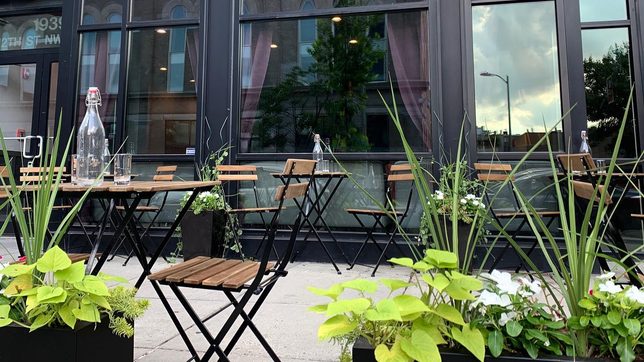 Facebook Twitter Copy URL
Copied
As of Saturday, August 1, the owners said they will be changing the restaurant's name

On Friday, July 31, a viral post went around Facebook, decrying a new upscale restaurant in Washington, D.C. named “Barkada Wine Bar.” Barkada, which serves wine and cheese, but no Filipino food on their menu, is owned by 3 American men – a fact that irked some members of the Filipino-American community.

Facebook user Jessica Millete demanded the owners to remove the name “Barkada,” which means group of friends in Filipino, calling it a case of “white privilege and cultural appropriation, this time in DC.”

Other netizens shared similar sentiments with Jessica, who called it “problematic, ignorant, and a privileged thought process.”

“What makes you think it’s okay to take a word from another culture when you pay no respect or homage to the culture itself? No Filipino items on your menu, no Filipino flavors incorporated, no Filipino winemakers included, not even in your decor?”

Jessica also questioned the thought behind naming a “fancy aesthetic of a restaurant” a very casual Filipino word.

Not everyone agreed with the backlash Barkada was receiving. UP Professor Ivan Henares, in a Facebook post, called out the “woke Filipinx” for crying “cultural appropriation when it is not.”

“While we’re at it, let’s close down everything owned by Filipinos named after French, Spanish, Japanese, etc. culture and cuisine. If that’s cultural appropriation, what do you call the Filipino penchant for copying everything foreign? This has gone too far,” he added, hoping that Barkada wouldn’t have to change its name.

Other Twitter users also called out the double standards, since a lot of restaurants in the Philippines are also named after words from different languages.

Users have called those reacting negatively “overly sensitive,” and that there are bigger “cultural problems” out there than this, citing “no problem” with using the name “barkada” – for some, it was actually welcomed.

Some even cited that the term “barkada” is actually borrowed from the Spanish word, “barcada,” meaning boatload.

According to various US media reports, the American owners chose “barkada” because it resonated with them being a tight-knit group of friends, as the name entails – plus, it helped that “bar” was in the word. “It’s a totally cool word that describes us: a group of friends serving crazy delicious wine, hanging out just off U Street in DC.”

As of Saturday, August 1, Barkada Wine Bar announced that they will be changing their name via an Instagram post, apologizing for “missing the mark” and “falling short in engaging more with the Filipino community.”