This experimental café in Angeles City grows coffee and community together 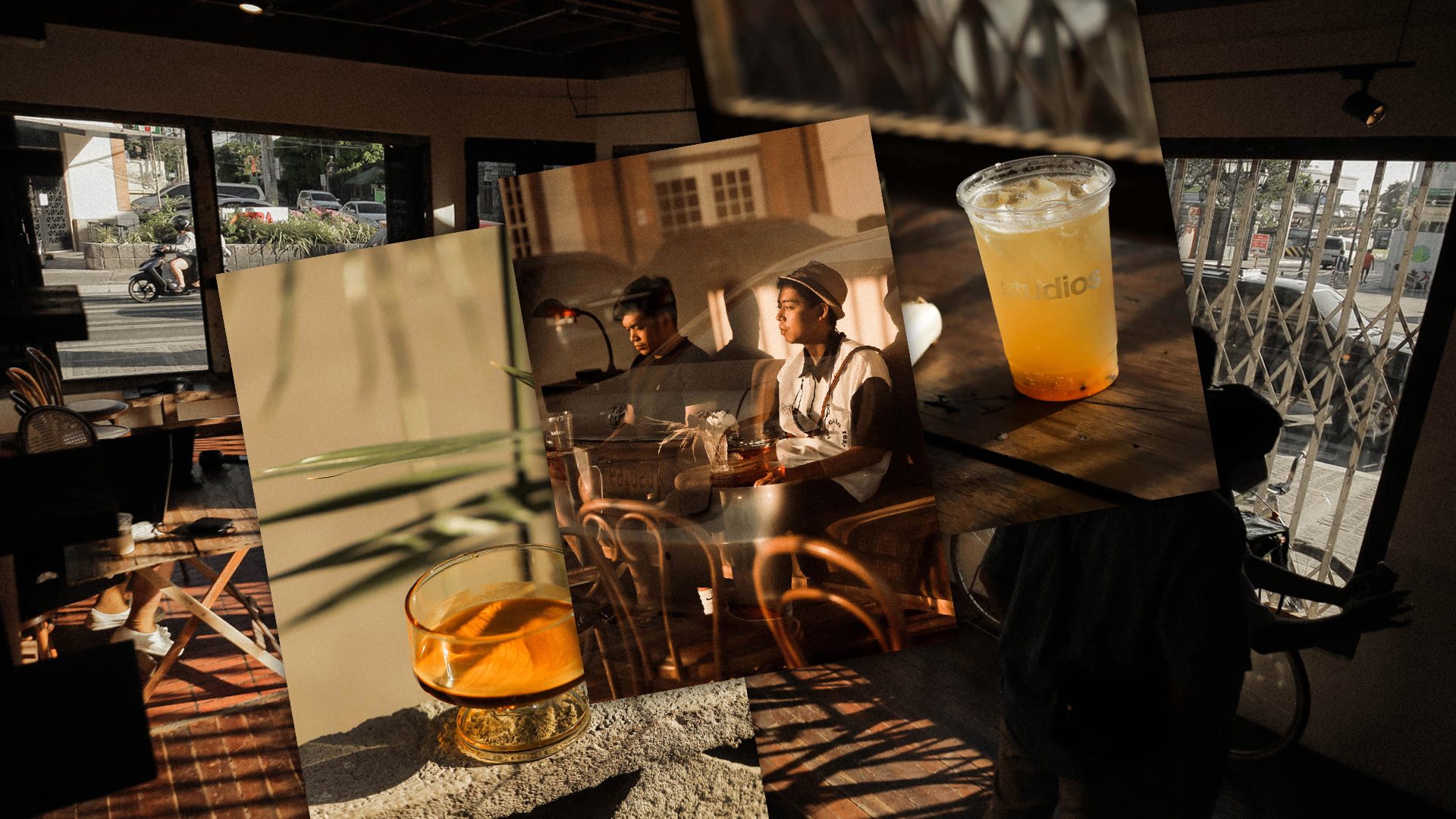 Facebook Twitter Copy URL
Copied
What happens when you put two artists in front of an espresso machine?

Siglo Brotherhood was an established artisanal barber shop situated in Angeles City’s heritage district. Because it was fortunate enough to secure a spot there, it attracted patrons that shared mostly the same profile: aspiring and established videographers, photographers, illustrators, baristas, writers – all creative people wanting to penetrate Pampanga’s growing arts scene. They were the kinds of people who would go to the heritage district to look for inspiration. Siglo served as their commune.

Until the pandemic happened.

Because of physical and social distancing, Siglo was restricted from fulfilling its purpose as a communal space. The owners of the barbershop then decided to close it, and to think of an alternative business model that would allow them to cater to their existing market and penetrate a new one.

Hence the birth of Siglo Poblacion, an espresso bar that maintained the same vibe as Siglo Brotherhood – creative and small-scale, with a hint of vintage and calm. The scissors and razors, however, were now replaced with beans and milk.

“More than a café, we aim to be a cultural space that is non-intimidating, non-assuming, and non-pretentious. We want those who patronize the brand – be it creatives or non-creatives – to feel that this space is built for them,” said co-owners and spouses RV Dela Paz and Nikky Rivera-Dela Paz, both of whom are photographers and artists. After all, “Poblacion” literally means “downtown,” and that is what the owners want their café to feel like.

Unlike other cafés in the city that look heavily curated and well-furnished, Siglo did not even have complete furniture during their first few weeks; there were just the espresso machine and a cash register on the counter.

They started with a bring-your-own-bangko set-up, then eventually provided mismatched chairs and tables on the side so customers could just come and order, pull out a chair, and sit wherever they felt comfortable to drink their coffee.

“During the crunch time of our wedding preparation, we decided to open the café on a ‘curbside pick-up only’ scheme. We declared that it was on ‘soft opening’ two weeks before our wedding,” the owners, who got married last December, explained. “People, then, knew that there were no available seats or tables for them yet, so as their symbol of support, some friends in town brought their own chairs so they could stay longer inside. Some of their chairs ended up being wedding gifts to us.”

Further, they did not even have a set price list just yet. Despite the risks, they started on a pay-what-you-can scheme where customers could order coffee and, well, pay depending on what they thought their order was worth, especially since Siglo’s coffee was made not by a well-calculated formula but by the owners’ experiments. Well, what to expect from artists put in front of an espresso machine?

“We were advised by some relatives and friends that the pay-what-you-can scheme might cause us to lose what we had invested, but that was the only way we could study the market and their reception to our experiments,” they said. “It was also a good conversation starter; those who walked into our cafe in our first weeks of service did not just become regular customers but newfound friends as well.”

As both owners are creatives, they also dedicated a spot in their café for weekly art pop-ups, where local artists could come and display their products for sale. They envisioned their humble space to be one that supported aspiring startups as well as those who had already established their brand in the market. Through their weekly pop-ups, Siglo hopes to grow a truly creative community.

Siglo Poblacion’s opening story truly shows that they want to grow their coffee with their community; early customers can try the coffee in its beginning stages until they can finally taste something that satisfies their palate.

“The space, while it seems as though there is still some unfinished business when you enter its doors or when you sip from its cup, is just the same as the value we uphold – that we are ever-evolving and always a work in progress,” they said. – Rappler.com

Get caffeinated by ordering a cup from foodpanda! Use these voucher codes for more savings.

This Panglao café may be brewing something bigger for the island