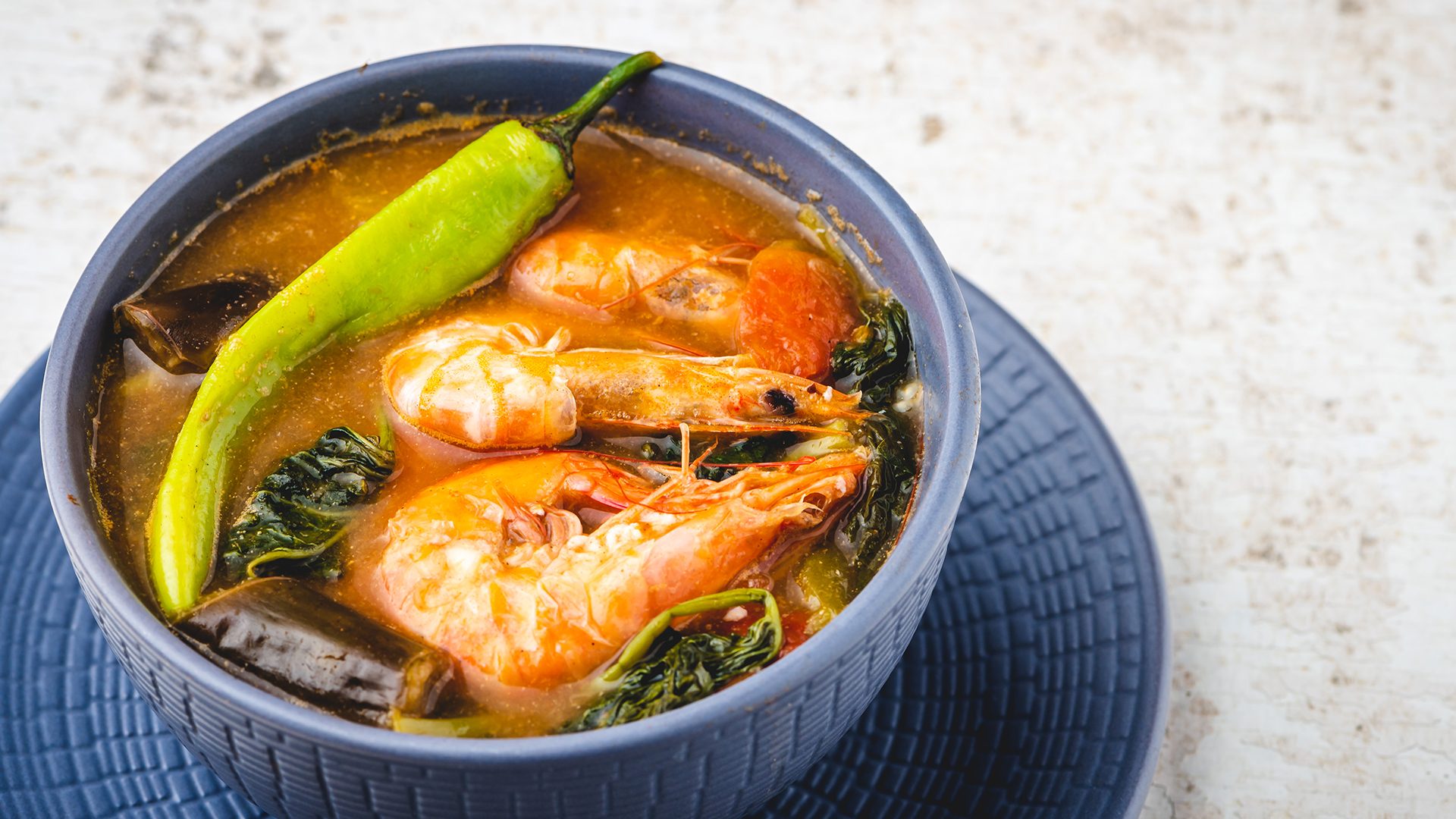 Facebook Twitter Copy URL
Copied
It doesn't come as a soup-rise! The Filipino sour soup is voted as The Best Soup in The World with a 4.63 out of 5 rating.

MANILA, Philippines – Are we even soup-rised at this point? Sinigang has been named the Best Soup in the World by Taste Atlas – and rightfully so – during the international food database’s annual 2021 Awards!

The Philippine native soup of sour broth, veggies, and meat has been globally recognized yet again for a second consecutive year, holding a rating of 4.63 out of 5. For Taste Atlas’ 2020 Awards, sinigang was named the World’s Best Vegetable Soup with a 4.8 rating.

Taste Atlas also mentioned that sinigang na baboy (pork) and sinigang na hipon (shrimp) are the most popular kinds, with a rating of 4.7 and 4.2, respectively.

They also listed six homegrown restaurants where you can get the “best sinigang” in the country – Locavore Kitchen & Drinks, Romulo Cafe, SENTRO 1771, Abé, The Aristocrat Restaurant, and Fely J’s Kitchen.

Sinigang bests among other international soups, like the ciorbă de fasole cu afumătură (4.55), a white bean soup from Romania, which was in second place. Next is Japan’s shoyu ramen (4.54), Turkey’s red lentil soup mercimek çorbası (4.53), and Japan’s tonkotsu ramen (4.50) rounding up the top five.

Taste Atlas describes sinigang as a “sour Filipino soup consisting of sampalok (fruits of the tamarind tree),” with its “basic broth usually consisting of rice washing, with the addition of a souring agent.” Aside from sampalok, the guava fruit can also be used, as well as calamansi, santol, unripe mango, or kamias.

“It is an often seen dish at special occasions such as birthdays or weddings, and over time, as the dish became more popular, there were new variations as each region developed their own version of the popular soup,” Taste Atlas wrote.

“With its sour lightness perfectly matching the harsh tropical heat of the country, sinigang is a unique soup that is a true representative of Filipino cuisine,” they added.

In December 2021, Taste Atlas included lechon, bibingka, lugaw, and kesong puti in their top 100 Most Popular Christmas Dishes list. Adobo and sisig were also among Taste Atlas’ 100 Best Dishes in the World for 2021.