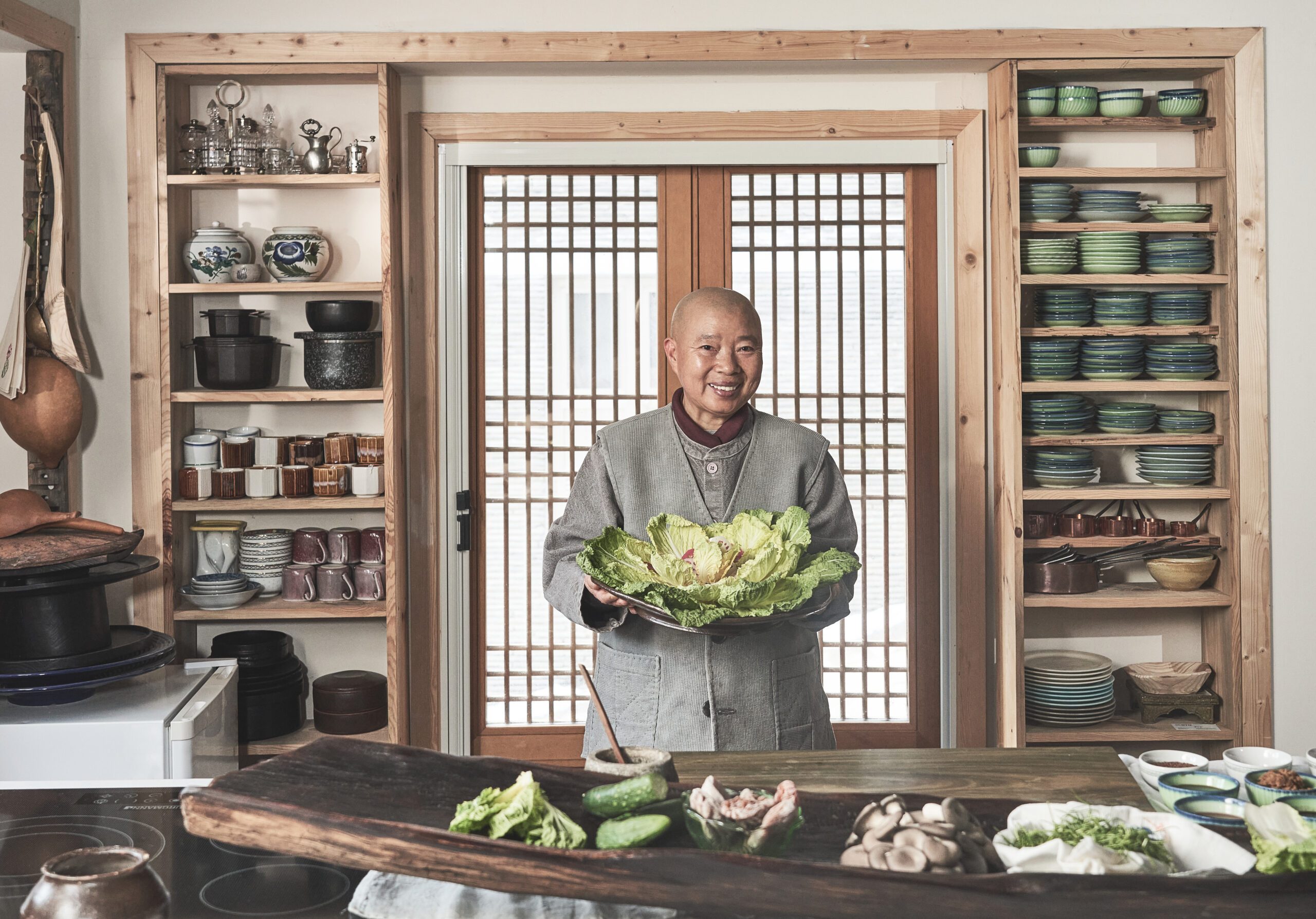 Facebook Twitter Copy URL
Copied
The 'Chef's Table' star, who serves her dishes at a Buddhist monastery, receives the Icon Award for her mastery of ancient temple cuisine

MANILA, Philippines – South Korean monk Jeong Kwan has received the prestigious Asia’s Best Icon Award for 2022, awarded by Asia’s 50 Best Restaurants Academy, hailing her as a culinary icon who has made “outstanding contributions to the restaurant industry” and “inspired others” with their influence outside of their community.

Over 300 global culinary leaders including chefs, food critics, and restaurateurs voted for Jeong Kwan, who was recognized for her mastery of ancient temple cuisine through her “creative and philosophical” approach to cooking, despite having no formal culinary training.

Jeong Kwan grew up in Yeongju in North Gyeonsang Province, which led to her deep respect for nature and natural produce. She joined the Buddhist monastery at age 17, where she began learning century-old traditions and cooking techniques of temple cuisine.

Employing the Buddhist principles of zero waste and healthy eating in her cooking, she doesn’t use meat, fish, dairy, or garlic as ingredients. The South Korean nun believes in the simplicity of cooking by coupling time-intensive techniques with simple flavors.

“I believe there are no levels in cooking,” said Jeong Kwan.

“It cannot be categorized as beginner, intermediate, and advanced. Dishes need to be pure. If the heart and mind is pure when making food, the final dish will also be pure. If you become one with ingredients and respect the natural elements, that is enough. If a three-year-old child pours their heart into making food, it can be the best dish in the world.”

Because of her deep respect for tradition that is manifested in her careful treatment of seasonal ingredients, Jeong has earned the respect of the world’s most renowned chefs, including Noma’s René Redzepi, Le Bernardin’s Eric Ripert, and fellow South Korean chef Mingoo Kang, among others.

The Asia’s Best Restaurants Academy have praised her for her “refined mastery of flavors, delicate artistry, and spiritual approach to cooking.”

Jeong Kwan’s rise to international fame was jumpstarted by globally-renowned French chef Ripert, who is also a Buddhist. She first gained recognition in 2015 when her profile was published in The New York Times, after she was visited by Ripert at her home Baekyangsa, a seventh-century temple located within South Korea’s Naejangsan National Park. The US publication called her “the philosopher chef” and described her dishes as “the most exquisite food in the world.”

Aside from practicing her faith, Jeong Kwan continues to cook at the hermitage that she shares with her fellow nuns. The Icon Award 2022 winner does not have plans on opening her own restaurant anytime soon.

Asia’s 50 Best Restaurants 2022 will be having its annual online ceremony on Tuesday, March 29, where Jeong Kwan will officially receive her trophy. The online ceremony will be broadcasted on Asia’s 50 Best Restaurants’ Facebook page and Youtube channel. 50 Best will also be holding events in Bangkok, Tokyo, and Macau, in order to allow limited audiences to attend the event in person. – with reports from Samantha Onglatco/Rappler.com