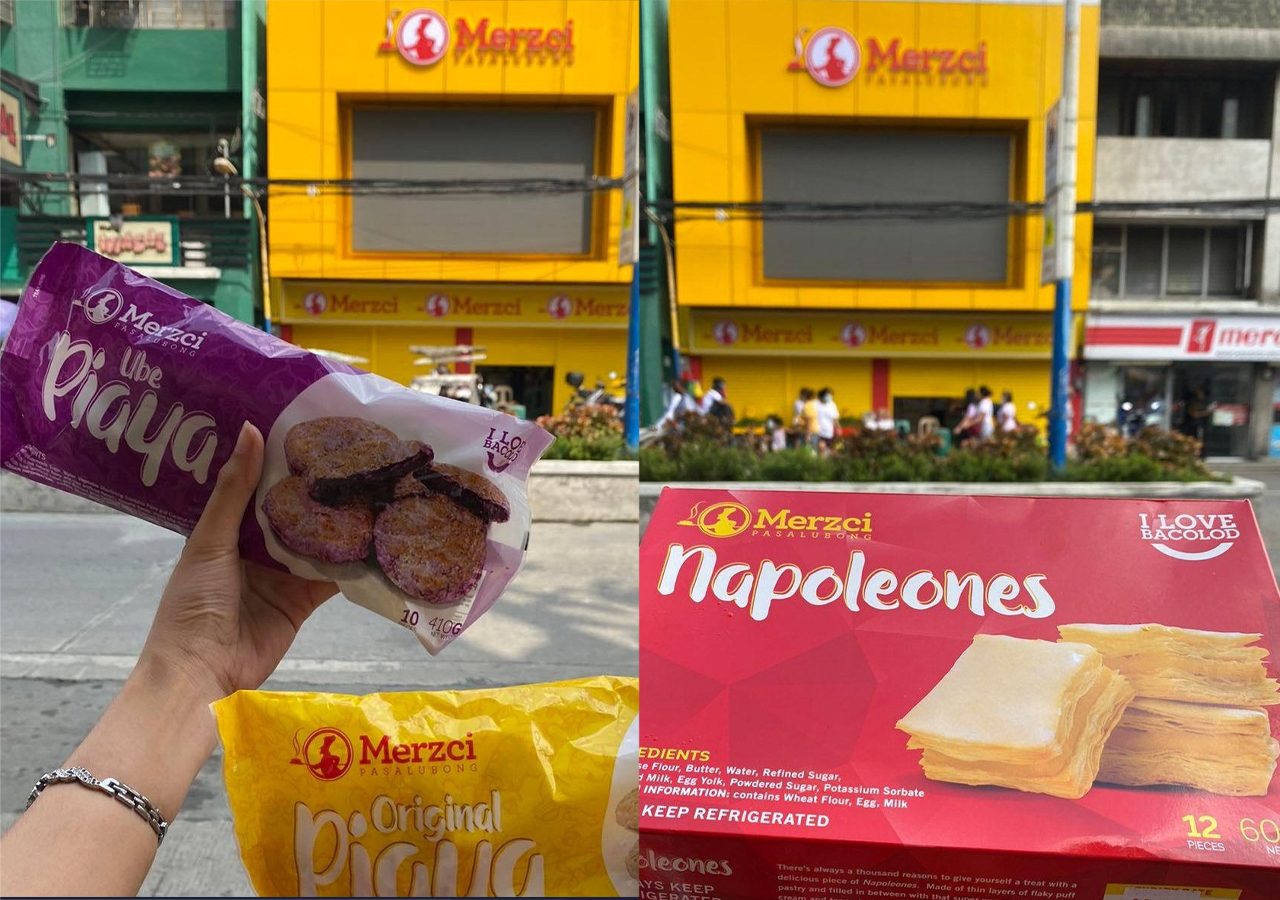 Facebook Twitter Copy URL
Copied
Here's where you can get your hands on Bacolod's famous napoleones and piaya!

Finally, Metro Manila citizens can get their Bacolod treats fix ASAP as Merzci Pasalubong is set to open its first-ever store in Metro Manila on Friday, October 14! There’s no need to hop on a plane – you can now just visit Merczi’s new branch in Blumentritt, Sta. Cruz, Manila City.

The Bacolod City pasalubong staple will be ready to serve its signature native delicacies, like the flat unleavened pastry piaya “filled with brown sugar and molasses” in original and ube flavors, and the famous napoleones, “made of thin layers of flaky puff pastry, filled with custard cream and topped with confectioner sugar glaze.”

On its opening day, Merczi’s is holding a buy-1-take-1 promo of the above-mentioned treats, which will last from 10 am to 8 pm.