What is tuslob buwa, the Cebuano street food you can’t get anywhere else? 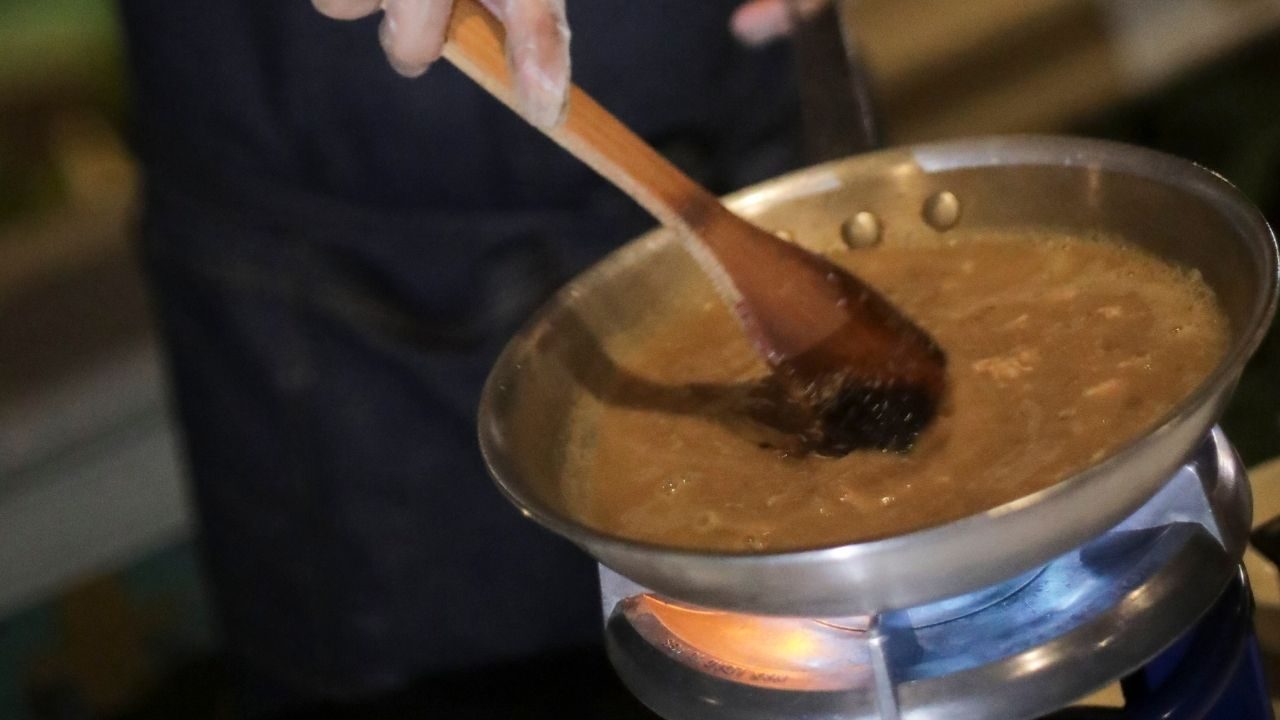 TUSLOB BUWA. The stew made out of pig's brains is a street food staple in Cebu.

MANILA, Philippines – In Cebu in the afternoon, locals crowd around hot woks, dunking chunks of rice into a bubbling stew. This merienda staple is called tuslob buwa – literally “to dip in bubbles” – and it’s made out of a combination of pig’s brains, liver, and pork broth.

It may not sound appetizing, but it’s delicious – rich and savory, with a faint hint of smokiness, kind of like a liquefied sisig. It’s consumed by sopping the stew up with rice. In this case, it’s Cebu’s puso – a compact diamond of rice cooked in palm leaves.

Tuslob buwa is typically made by sauteeing onions and garlic with the pork liver and brains, and simmering it for a few minutes in the pork broth. When the mixture has been bubbling for a few minutes, you’ll know it’s ready to eat.

Tuslob buwa is meant to be eaten as a snack, but it’s filling enough to be a meal on its own – and for as little as P10 per puso, it’s easy on the pocket, too.

The dish originates from Cebu City, and the most famous tuslob buwa can be found on the streetsides of Barangay Pasil.

There are a number of restaurants around Metro Cebu that serve it, too – samgyupsal style with a small burner stove at each table. There’s 8Flix and Chill in Zapatera, and the 24-hour Azul Cebu on Gorordo Avenue.

It’s difficult to find tuslob buwa outside of Cebu, and it’s just as well. Sure, you can attempt to make it for yourself at home, but you’re kind of missing point. With this dish, it’s still best to get the full experience. In this case, jostling for space around a steaming wok, and dipping your rice into bubbling hot stew – is exactly what tuslob buwa invites you to do. – Rappler.com

Order the best street food near you using this GrabFood coupon code.

Best of Bicol: Must-try dishes and delicacies when you visit Bicol