Facebook Twitter Copy URL
Copied
The most memorable meal Maria Ressa and her companions had was the elegant Nobel Banquet in the Grand Hotel, Oslo

MANILA, Philippines – As we gear up for the New Year, I am looking back on so many of the memories and meals from the last few weeks and months of 2021. My daughter Gianina and I have had the privilege of accompanying my sister, Maria Ressa, as she accepted the Nobel Peace Prize in Oslo, Norway. While we had quite a few delicious meals in this beautifully snowy white and peaceful country, the most memorable was the elegant dinner which was the centerpiece of the white tie affair, the Nobel Banquet, in the Grand Hotel, Oslo.

This fine dining experience is the culmination of a week-long Nobel Festival. It closes a once-in-a-lifetime experience for what is easily the highest honor recognizing efforts for contributing “the greatest benefit of humankind.” The stage is set with a guest list of none other than the Norwegian royal family, the Nobel Committee, dignitaries, thinkers, and heads of culture. Prior to the pandemic the 250 guests to this prestigious dinner would enjoy an evening of dancing, music, and wine pairing courses.

Because we are still fighting the spread of a deadly virus, the guest list of more than 250 people was shaved down to a conscious and conservative list of only 40 honored individuals. With the threat of COVID-19 still present, the Nobel Committee made the decision to keep almost all of the events included in the festival to intimate numbers for safety. Being included in such a special meal was truly a treat. We started with Cauliflower Panna Cotta made with Røros Sour Cream. This savory panna cotta was creamy, and served with tapioca pearls and sour cream from the food capital of the country. The tri-colored crisp cauliflower was a delightful juxtaposition against the delicate cruciferous cream.

Second on the menu, served in a light shellfish sauce with a dill emulsion, was a thinly rolled pasta pocket generously filled with King Crab. The Rossini Caviar Gold Selection added another layer of briny indulgence.

The entremet course for many plated and wine pairing meals often showcases sorbets that set the tone for the next course. Cleansing the palette with neutral flavors can also help remove any lingering aftertastes. In this case, using a traditional liquor from Scandinavia that is similar to vodka in nature allowed guests to create an understanding of Norwegian spirits. Aquavit seems to be apropos for this course, as it is traditionally served during joyous celebrations.

Considered a highly sustainable protein source, which is extremely lean, medium rare reindeer meat pairs wonderfully with creamy rich sauces that offer the fatty balance and flavor needed for such cuts of meat. Served with salt-baked celeriac root and a golden onion cream with nut butter powder, the tender cut of meat was set in a mushroom cream with apples, pancetta, and peas.

Almost too pretty to eat, the caramelized apple compote hidden in an apple of cream and covered with a hard shell was a delightful way to end this commemorative meal. Served with ice cream on a bed of salted caramel and crispy crumble, this dessert led to conversations about the forbidden apple within the Garden of Eden. But when loosely translated from its Norwegian name, this “Fallen Apple,” actually means the last apple of the harvest.

Each course was paired with accompanying wines, and while I am still a novice wine drinker, I appreciated the choices offered with each dish. Hopefully, I can learn more about how to pair and what to serve as I continue my education in food.

Here are the wines that were served:

Even as I think back to each morsel and savory bite, I am quite aware of the privilege to be seated at a table in the ballroom of the Grand Hotel, amongst the company of the royal family, members of the Norwegian parliament, the Nobel Committee, and the newly awarded Nobel Laureates. Surely, the setting and the atmosphere greatly contributed to just how memorable this luxurious meal will be remembered. – Rappler.com

Prepare your own banquet ala-foodpanda for less using these voucher codes. 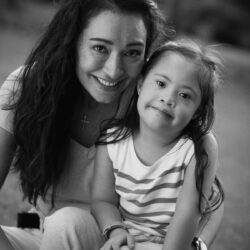 Michelle Aventajado is a Filipina American striving for an ever-elusive balance in everything she does. Advocating for individuals with IDD through Best Buddies Philippines, sharing her parenting journey with her daughter's extra chromosome through Momma 'N Manila, and churning out love of home and hearth through Kitchen 143 are just some of the things that fuel her passion and serve her God-given purpose.