‘Women in mind and soul’: How a trans woman embraced her true self 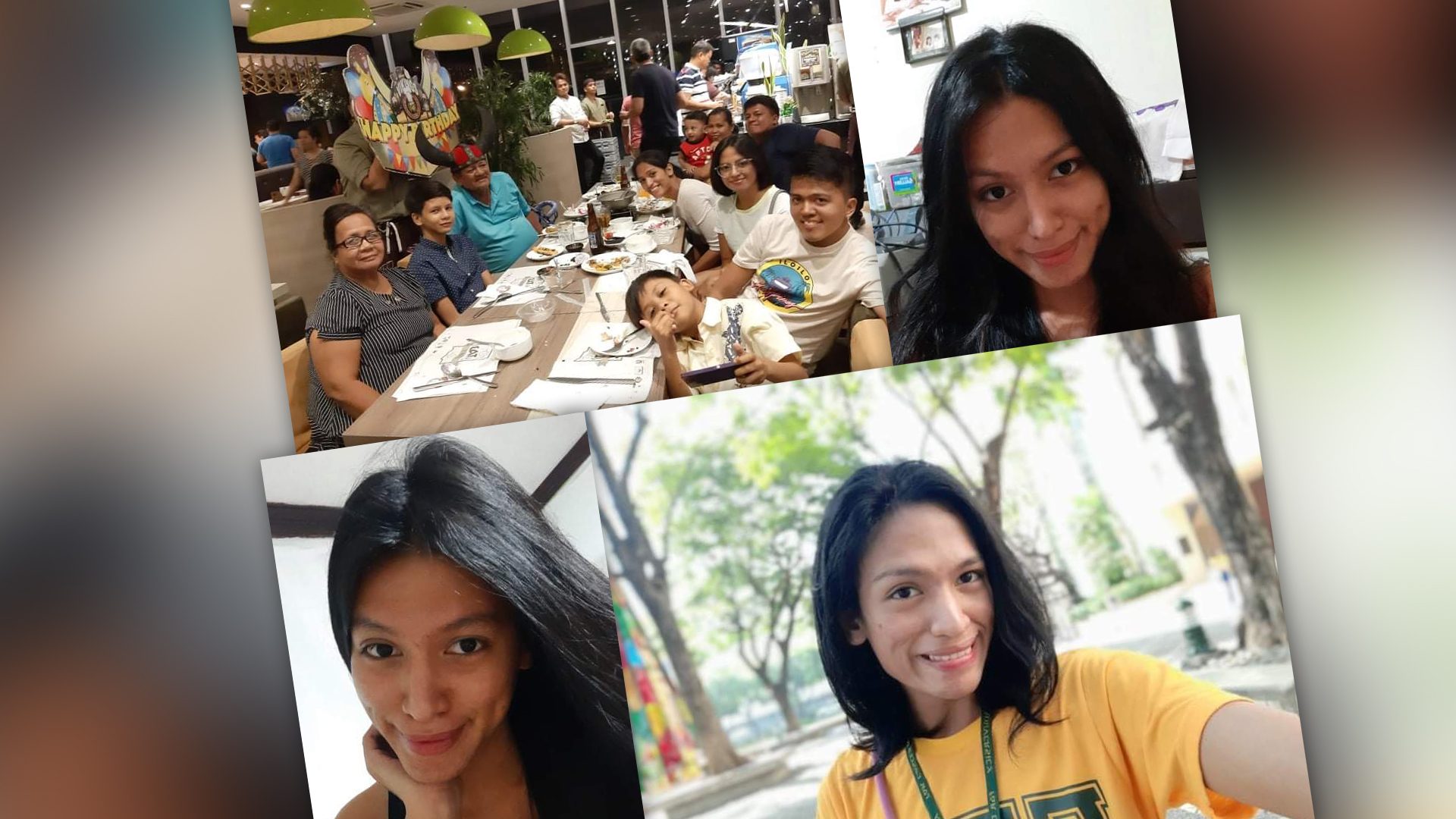 Facebook Twitter Copy URL
Copied
‘I don’t owe anyone femininity; what matters is that I feel pretty inside and that I can freely express myself and live my true identity,’ says trans woman Trebby Canda

MANILA, Philippines – Since she was a child, Trebby Canda had always known she was different.

Unlike children who were born biologically male, Trebby liked playing dress-up, dolls, and all things feminine. She also tended to make friends with girls rather than boys, whose interests were action figures and cars. As an innocent and confused kid, she first thought, “Maybe I am just gay.”

As she grew up, Trebby pondered more about her identity by familiarizing herself with the concept of Sexual Orientation and Gender Identity and Expression or SOGIE. (READ: EXPLAINER: What you need to know about SOGIE)

After further exploration, Trebby soon realized who she truly was: a woman.

“From there, I learned about what being trans is like,” she said, “I knew that was me, that’s the kind of person I am, and somehow it gave me clarity and direction in life, so I decided to transition.”

Trebby didn’t formally ask her family for permission to transition nor tell them about her plan; they only found out when they noticed changes in her physique. Initially, her family was wary of the process, concerned about the side effects of the medications she was taking.

Fortunately, Trebby found much-needed support from friends – and eventually her family as well. They became her pillars of strength once they understood the process of transitioning.

Trebby found herself lucky to have her friends. “I am surrounded by accepting and loving friends who are always there for me and want the best for me.”

Aside from her family and friends, Geena Rocero, a trans woman activist and model, also helped inspire Trebby to embrace her femininity more. For Trebby, Rocero became a symbol of hope, a testament that being a trans woman was not a hindrance to achieving your dreams.

The process of transitioning was not easy, but Trebby chose to enjoy every part of it.

“It gave me happiness and overall improved my mental health; those changes may mean little for other people but [for] me, it meant everything, as I suffer from gender dysphoria,” she said. Gender dysphoria is a feeling of immense distress related to one’s strong desire to be another gender.

She added that seeing the body she wanted to have made her more comfortable in dressing up. Overall, getting to behave as a woman more had improved her quality of life.

Nevertheless, Trebby is aware that it is not always great for her every day, nor is it always good for other trans women.

The need to address trans rights

Trebby also has her share of bad days in the process of transitioning. Like any other person, she would sometimes feel insecure about her appearance.

“I still feel ugly…or I still feel like I look masculine; that makes me worry that people might bash me, discriminate [against] me, or just laugh at me,” she said.

She also stressed the need for government support in addressing the health issues of transgender people. For Trebby, the lack of accessible medicines, proper regulations, guidelines, or programs is a threat against the community.

Trebby also admits to having a hard time explaining and making people around her understand that trans women are women, that they deserve to be respected and loved like anyone else. (READ: [OPINION] Gender equality: Our unfinished business)

In the Philippines, the SOGIE Bill, also known as the Anti-Discrimination Bill, has been languishing in Congress for two decades now. Before the end of 2020, Senator Risa Hontiveros sponsored the bill in a Senate plenary to introduce it once again in the hopes of enacting it into law. (READ: One more try: Hontiveros sponsors SOGIE equality bill in Senate plenary)

The Philippines is known as LGBTQ+tolerant rather than accepting, and various hate crimes are still committed against the community. Trans woman Gretchen Diez, for instance, was violently pulled out of a women’s restroom in 2019. (READ: TIMELINE: SOGIE equality in the Philippines)

Despite her self-doubt, Trebby reminds herself of her purpose in transitioning: not for the validation she may get from other people, but for her own happiness.

“I don’t owe anyone femininity; what matters is that I feel pretty inside and that I can freely express myself and live my true identity,” she added.

While Trebby understands that the Philippines is not as accepting and familiar with the members of the LGBTQ+ community, she remains hopeful that people will treat them, especially trans women, with respect regardless of their identity.

“We are women [in] mind and soul. At the end of the day, womanhood is more than just bearing a child and having female genitalia, [but] it is [also] about women’s extraordinary capacity to extend their love, care, and affection to other people regardless of the challenges they face,” she stressed.

Trebby Canda’s story is just one of many from the community, but they all echo the same battle cry: trans women are real women – no hows, no buts, no whys. – Rappler.com

Melanie Uson is a Communication Arts student at Far Eastern University-Manila and a Digital Communications Intern at Rappler. When she’s not drowning in deadlines, she is most likely watching sitcoms, crocheting, or thrift-flipping clothes. Learn more about Rappler’s internship program here.