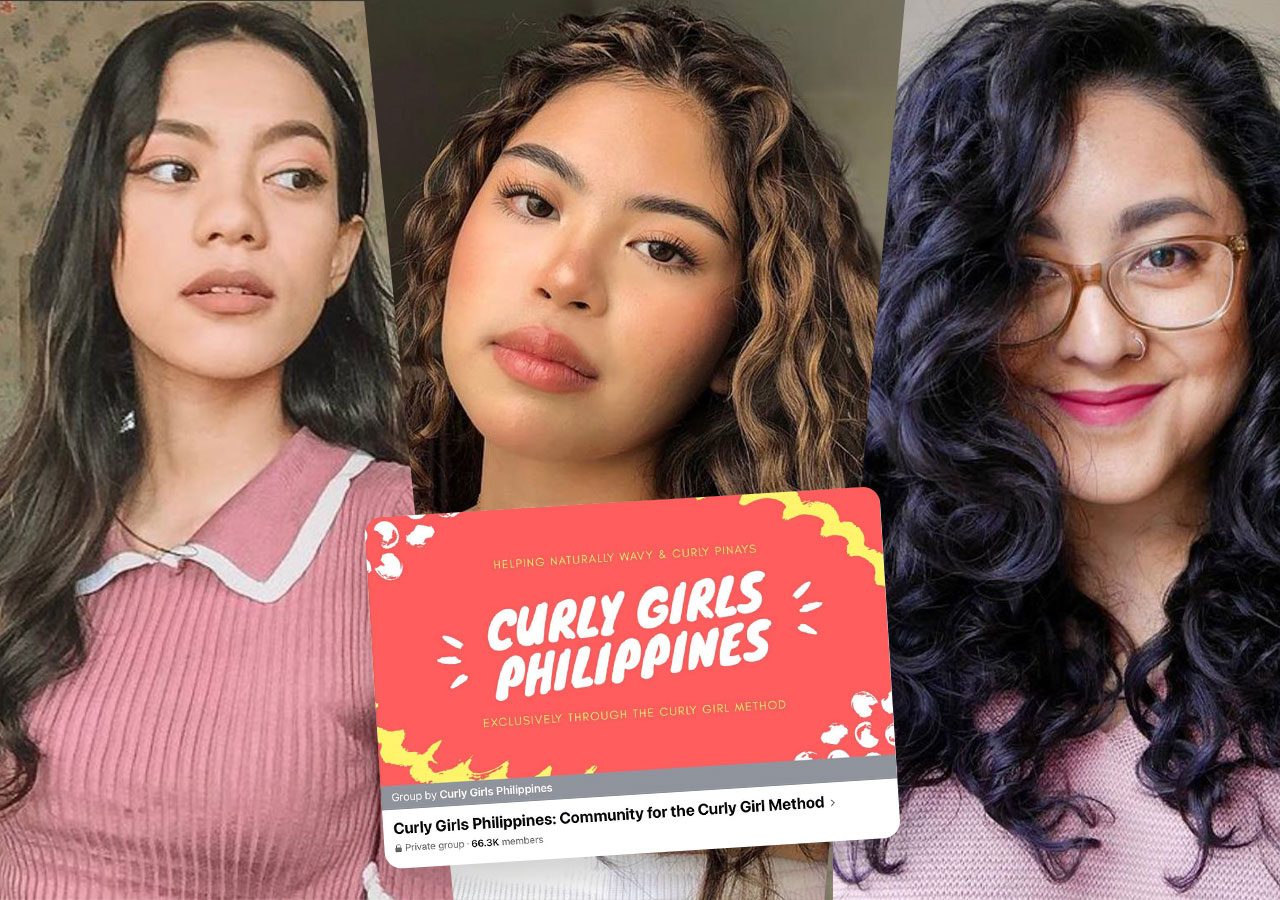 A few mindless scrolls on TikTok will probably lead you to video of a straightening hair stylist who features humorous transformations and goes by the moniker, “MisHart.” With more than 4 million likes, the content creator made a niche following for home-serviced hair “rebonding” on the video platform.

While it invites a light chuckle, for curly-haired girls who’ve experienced being perched in the salon chair for hours, these TikTok videos are sure to give war flashbacks.

It does not help that the mainstream media were once used to professing a set of beauty standards, putting the label “unconventional” on otherwise normal physical characteristics like being plump, dark-skinned, or having curly hair.

With today’s focus on diversity, people are now embracing natural beauty and inclusivity. A part of this is the curly movement, which advocates for individuals to embrace their natural curls. The initiative spurred curly communities to navigate and reclaim “unconventional” beauty standards.

Still a growing community, the curly hair movement has seen an outpour of contributions from curly-haired curators all over the world.

One example is the subgroup #CurlTok on TikTok, which offers short tutorials and product reviews for curly hair maintenance. Another platform is the subreddit topic r/curlyhair where all discussions related to curly hair can also be found.

Here in the Philippines, one of the biggest communities is Curly Girls Philippines.

Curly Girls Philippines: Community for the Curly Girl Method (CG Philippines) emerged as the first online support community that caters to Filipino women who wish to take proper care of their curls.

The community uses the Curly Girl Method (CGM), which stands as the blueprint for curly hair maintenance. It was widely introduced in 2010 by the American curl expert Lorraine Massey and co-author Michele Bender through the latest edition of their book Curly Girl, The Handbook.

CGM conscientiously veers away from hair maintenance like hair brushing and products that are catered to people with straight hair. Its methodical rite of passage entails a “final wash,” signifying the last time a curly girl is to ever perform the hair methods she was used to. (RELATED: How to cut and style curly hair, as told by Lourd Ramos)

In an interview with Rappler, Ria Fernandez, the founder of the group, shared how the community started as a small and private group of curlies among her family and peers who were witnesses to her new hair after doing the CGM.

“So, I started that closed group, I put up some guides to give the group some structure and I wouldn’t have to keep repeating myself,” said Fernandez in a mix of English and Tagalog. “My friends and family who joined started doing the method and they like the results.”

Word spread and she started getting requests from people outside her circle to join the group. Eventually, the “happy little accident” turned into a community of thousands, especially after being featured on various digital media websites.

She also voiced how heartwarming it was to see curly women take pride in their natural beauty, armed with the right and accessible resources.

“It’s good to know that there are a lot of us who really do want to wear our hair curly; it’s just we don’t know how. So, it’s good to see a lot of Filipinas embracing their natural beauty,” Fernandez said.

As of writing, the group has more than 66,000 members and is being managed by Fernandez along with her co-admins. The group opens its doors for membership every first Monday of the month.

Influence on the curly community

Curly-haired women did not have it easy, mainly with the lack of right representations from the media in the past. At best, curlies are used to prompt main characters as the epitome of physical imperfection, such as Mia Thermopolis from The Princess Diaries and Kim Hye-Jin from She Was Pretty, and at worst, curlies are subject to shameless name-calling.

The curly hair movement, however, makes up for the ways the existence of curly-haired women has been invalidated.

Fernandez can’t help but feel proud when she sees mothers sharing the CG method with their daughters at an early age. Amid hardships, women use the method to make themselves feel better, Fernandez shared.

“Moments of [seeing] women get empowered just with the simple task of knowing how to take care of their hair — that’s definitely a moment of pride,” she added.

Janine Aguilar, a psychology student and a CGM Philippines member since 2019, recalled how knowing CGM was something that she attributed to the saying “trust the process,” because the method’s results are not something that comes instantly.

For Aguilar, her proudest moment in the course of doing CGM was when she was given the opportunity to influence people.

For Julia Lamchek, a content creator and a member since 2020, being part of CGM Philippines gave her the opportunity to be known for her hair.

She added that being part of CGM Philippines helped her grow as a curly individual. According to her, the group nurtures a community of people that empowers curly individuals in embracing their natural locks.

(I didn’t have anybody to ask about [curly hair care], so when I came across the group, I was so happy because it was like a whole community. They know what to do…so you won’t be confused [on what to do] with your hair.)

The members of the group have developed a fondness for the hair salon “Cutz & Curlz by Jazz,” which offers haircuts and proper hair care to its clientele of people with curly hair. According to Jazzmine Baker, the owner and stylist of the salon, the salon started during the pandemic in 2020 but gained popularity after a CG Philippines member posted Baker’s work.

“It started only for one client, and then she posted the picture before and after, and she was really happy and satisfied with the service I did. She posted it on Curly Girl Philippines…and parang word of mouth na lang ‘yon na ‘uy there’s a new stylist here (the word spread that there was a new [curly hair] stylist here),’” Baker told Rappler.

Even a straightforward trim for this hair calls for skill and finesse. Being a person with curly hair herself, Baker has found it easier to relate to, connect with, and work on the needs of her clients.

A post shared by Cutz & Curlz By Jazz (@cutzandcurlzbyjazz)

A post shared by Cutz & Curlz By Jazz (@cutzandcurlzbyjazz)

The curly community hopes for more beauty products and services like curly stylists in salons.

“My advocacy is giving my clients to build [the] confidence that your hair is not your problem. I think it’s beautiful. You just have to take care of it and embrace it,” Baker said. – Rappler.com

Alyssa Tiangsing is a Rappler intern. She is a Communication major from the University of Santo Tomas.

#CheckThisOut: Curlssential, your one-stop shop for all your curl needs