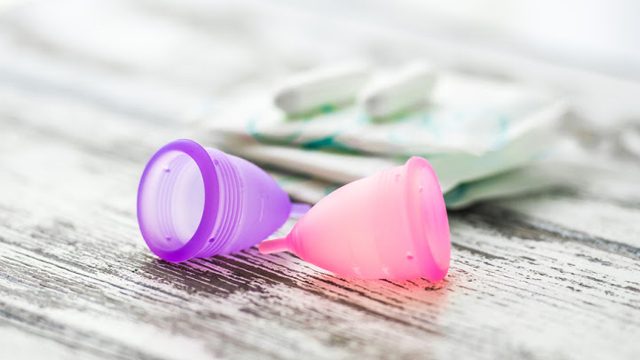 Facebook Twitter Copy URL
Copied
Can you guess which symptom is experienced by 70% of women in a survey?

Period pain is a common symptom of the menstrual cycle, affecting about 70% of young women – but it’s far from the only symptom.

Here are five lesser-known symptoms associated with the menstrual cycle – and what’s going on in your body to cause them.

Some people experience disturbances in their bowel habits leading up to their period and this commonly manifests as diarrhea.

This happens because when you menstruate, your body releases a special chemical called prostaglandins. Prostaglandins help the uterus to cramp, which helps push menstrual blood out of the uterus and into the vagina so it can leave the body.

When you get period pain (especially if a person has endometriosis) a nerve in the back called the dorsal root ganglion is activated.

This can cause a range of symptoms, including back pain. This same process can make the bowel sensitive, which can lead to bowel pain or irritable bowel syndrome and contributes to changes in bowel habits like diarrhea or constipation.

Sometimes, the arrival of your period can come with stabbing pains down the legs, abdomen, or into the buttocks.

For some, this pain can shoot up the vagina or back passage.

This is related to the cramping that occurs when prostaglandins are released in the body and the nerve in the back (the dorsal root ganglion) is activated.

This can trigger spasms of the pelvic floor muscles (a group of muscles in the bottom of the pelvis that supports the bladder, bowel, and uterus).

Seeing a pelvic health physiotherapist and learning to relax these muscles can help manage this type of pain.

It’s common to feel a bit run down around the time of your period. But for some people this can go beyond just regular tiredness.

Fatigue can be due to the brain’s experience of pain. We can measure changes in the brain when people experience pelvic pain. Ongoing pain signaling to the brain causes these changes, which results in extreme tiredness and sometimes headaches and nausea.

Having a good sleep schedule, exercising, and eating well can help with fatigue.

Ovulation occurs when a mature egg is released from the ovary.

Most people feel pretty good when their estrogen levels are high. But when the follicle the egg is in gets bigger near ovulation, the pressure of the follicle and its release can cause pain. This ovulation pain is sometimes called mittelschmerz, which is German for “middle pain.”

This can feel like a sharp, relatively short-lived stabbing pain in the lower abdomen on one side.

Between 50% and 70% of people who have periods experience changes to their mood leading up to or during their period.

But for between 1-5% of people, the impacts on mood can be more severe and may be associated with a condition called premenstrual dysphoric disorder (PMDD).

This occurs when people experience severe mood changes, anxiety, or depression in the week before their period, which usually improves within a few days of their period starting.

When should you see a doctor?

Symptoms vary so much between people, there is a huge range of “normal” and it can be tricky to decide when to follow up with your doctor. But it is worth chatting to a GP if:

When these symptoms are severe, they can be due to conditions such as endometriosis.

EndoZone – an evidence-based website co-created with people affected by endometriosis – has a self-test for people trying to decide if their period symptoms require further medical care, and tips on how to describe them to a doctor. – The Conversation|Rappler.com

Louise Hull is a Professor and Endometriosis Group Leader, The Robinson Research Institute, University of Adelaide.