‘Makisawsaw’ asserts that food can be a ‘form of resistance’ MANILA, Philippines – “Food finds itself in a much more politicized space,” wrote Mabi David, co-editor of Makisawsaw, in her introductory essay for the newly released collection.

Recently published by independent feminist collective Gantala Press and curated by vegan kitchen-consulting Me And My Veg Mouth, Makisawsaw is an essay collection and recipe book that discusses current sociopolitical issues surrounding food in the Philippines.

“There is a growing concern about where our food comes from and what’s in it, no thanks to a food system that is becoming increasingly unsustainable, toxic, and destructive. A range of problems, from the rise of chronic diseases to accelerating climate change, has been linked to the way we produce, consume, and dispose of food,” David noted.

The book title plays on the concept of “sawsawan,” which refers to dipping sauces and sides typically made of condiments, spices, and produce that enhance the flavor of a main dish. Through recent years, another connotation of the word garnered popular usage, often negatively, with “sawsaw” referring to the act of unsolicited participation in other people’s affairs.

In June 2018, news broke about NutriAsia workers going on strike against the food company. Photos of a bloodied grandmother from the violent dispersal on June 30 circulated on social media, and the company found itself confronted with the #BoycottNutriAsia campaign. The word “makisawsaw” then became an invitation to stand in solidarity with the strikers.

Karla Rey, co-editor of the book, explains that Makisawsaw is an extension of a previous sawsawan-making demonstration conducted by concerned individuals a month after the NutriAsia strike, which served as a venue to connect with the workers’ union Nagkakaisang Manggagawa ng NutriAsia (NMN). Part of the book sales will be donated to NMN to help fund the bail of union members involved in the strike who were jailed.

“We want to help enable readers to realize that our food choices, our purchasing decisions, are a form of activism. The book is an invitation to get involved in issues surrounding our food,” said Rey.

Although the book was not initially planned to feature an all-women contributor slate, David explained that Makisawsaw “emphasizes that the work of securing safe, healthy, and sustainable food is so intimately bound to the work of women.” 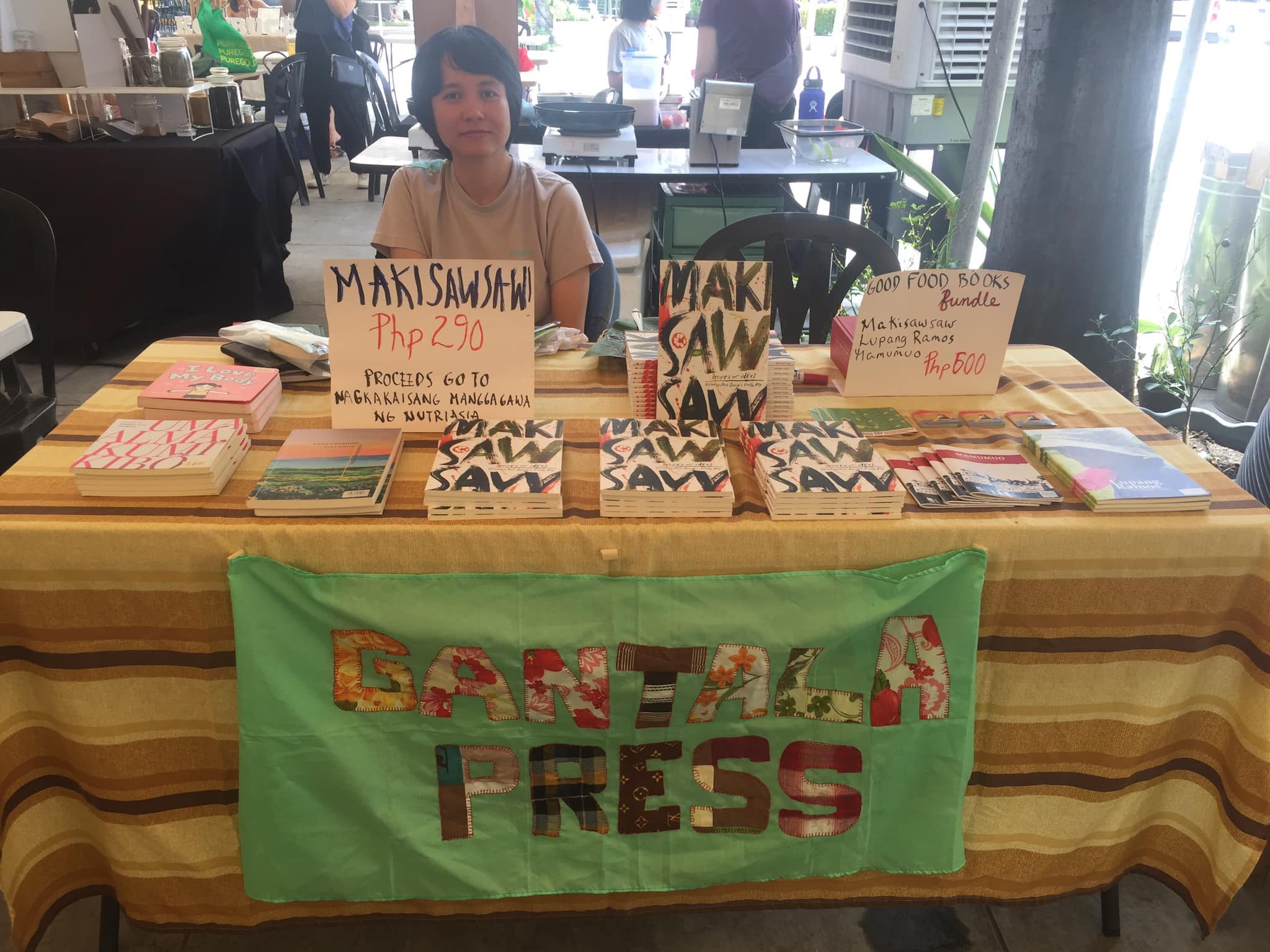 Among its contributors are Amihan National Federation of Peasant Women, as the organization writes about the plight of farmers and workers, and why the Rice Industry Development Act must be supported; illustrator Gelai Manabat, together with Amihan and Bantay Bigas, with comics that exhibit the negative repercussions of the rice liberalization law; and Gantala Press founder Faye Cura as she explains the potential of comics as protest art, specifically in the fight for food security and issues surrounding food and agriculture.

Recipes for plant-based sawsawan such as binurong kalamansi and “sari-sari store teriyaki sauce” are also included in the book as a call for veganism. Heavily influenced by eco-feminists, vegan human rights and LGBTQ+ advocates, David shared that she perceives veganism as “part of the broader movement for justice, intersecting with different social issues.”

“The recipes allowed us to create a book that would call public attention to these issues,” Rey added, noting how the act of cooking connects us to where our food was sourced from and the meal that we consume.

Makisawsaw can be purchased at Good Food Sundays, the UP Press Bookstore, Popular Bookstore, Studio Soup Zine Library, and Bookay Ukay, or through online orders from Gantala Press for only P290. – Rappler.com