“Philippine Speculative Fiction” [or PSF as often abbreviated] is more than a yearly anthology: it’s also a community of authors and readers who eagerly look forward to each volume, as it means that they reconnect once again over robots, folk myths and fantasy worlds.

Conceptually, PSF also represents a puzzling debate over the genre. What does it mean for fiction to be speculative? Doesn’t all fiction pose a “What if…” question to the universe? Or is there a specific kind of speculation required?

What does it mean to slap on that deceptively simple but oh-so-ambiguous label of “Philippine”? Does it simply mean written in the Philippines, or by Filipinos? Or, does it have to have some national or local issue at its core?

These questions have been mulled over by critics, authors and readers for years, with no resolution in sight. While there is no resolution to be found in it either, “Philippine Speculative Fiction Vol. 8” introduces multiple possible answers to these difficult questions of the genre’s definition.

For some, speculative fiction requires introducing a reader into a world entirely constructed by the writer’s imagination. Hence, PSF 8 has several stories in which authors present complex fictional universes, with varying degrees of success.

A common pitfall with a world-building story is that a writer gets so caught up in the details and backstory of the fictional universe, that they forget one of the central tenets of fiction: to actually have something happen in that world.

Or, in the case of one the early stories in the anthology, Andrew Drilon’s “Freeborn in the City of Fallacies,” the author leaves the reader puzzled over so many unreal, unfamiliar elements of the fantasy world that reading the story becomes an alienating experience.

While fans of genres like high fantasy — which rely heavily on world- and language-building — may not find this a problem, stories like Drilon’s may not be a good introduction to speculative fiction for less seasoned readers.

One successful world-building story is Charles Tan’s “Scions of the Oneiroi,” which is about a world where people can pay a group called Memory Dreamers to implant memories of themselves into their objects of affection. Of course, this comes with a catch: the obliteration of your dream, not just from you, but from the entire human race.

Tan’s story fits the bill of “speculative” perfectly. He explores a “What if…?” question and illustrates, through fiction, its implications and paradoxes.

Another possible answer to the question of Philippine speculative fiction’s definition is that it is fiction that uses science and technology as setting, conflict and, sometimes, character.

This comes from the concept of speculation and looking into the future. Humans have always seen the future as more technologically advanced than the present, for good or for ill. Stories like Gabriela Lee’s “Stations” and U Z Eliserio’s “The Midwife” skillfully weave futuristic technology into local settings.

Or perhaps Philippine speculative fiction requires the reinterpretation of Filipino culture, most often [but not always] our myths and legends. The stories which take this approach are among the anthology’s most successful ones.

Another impressive story from a new voice in the spec fic community is G. Justin Hulog’s “Bulol,” which centers around the love affair of a female anthropologist and a man trapped in a bulol [Ifugao rice god carved statue].

Speculative fiction is such a large, all-encompassing term, and the 20 stories in “Philippine Speculative Fiction Vol. 8” demonstrate the elusiveness of its definition.

No matter how you might define it, there’s no denying that “Philippine Speculative Fiction Vol. 8” has its rewards. It offers both long-time readers and first timers an exciting tour through the wonderful world of spec fic. – Rappler.com

‘Philippine Speculative Fiction Vol. 8’ is available in ebook format on Amazon.com and Flipreads.com. 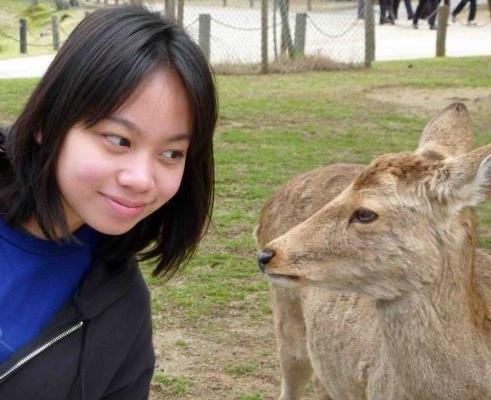 Florianne L. Jimenez is a full-time graduate student in English and teaching associate at the University of Massachusetts Amherst. She is also a Palanca award-winning non-fiction writer, who still writes when she has time.