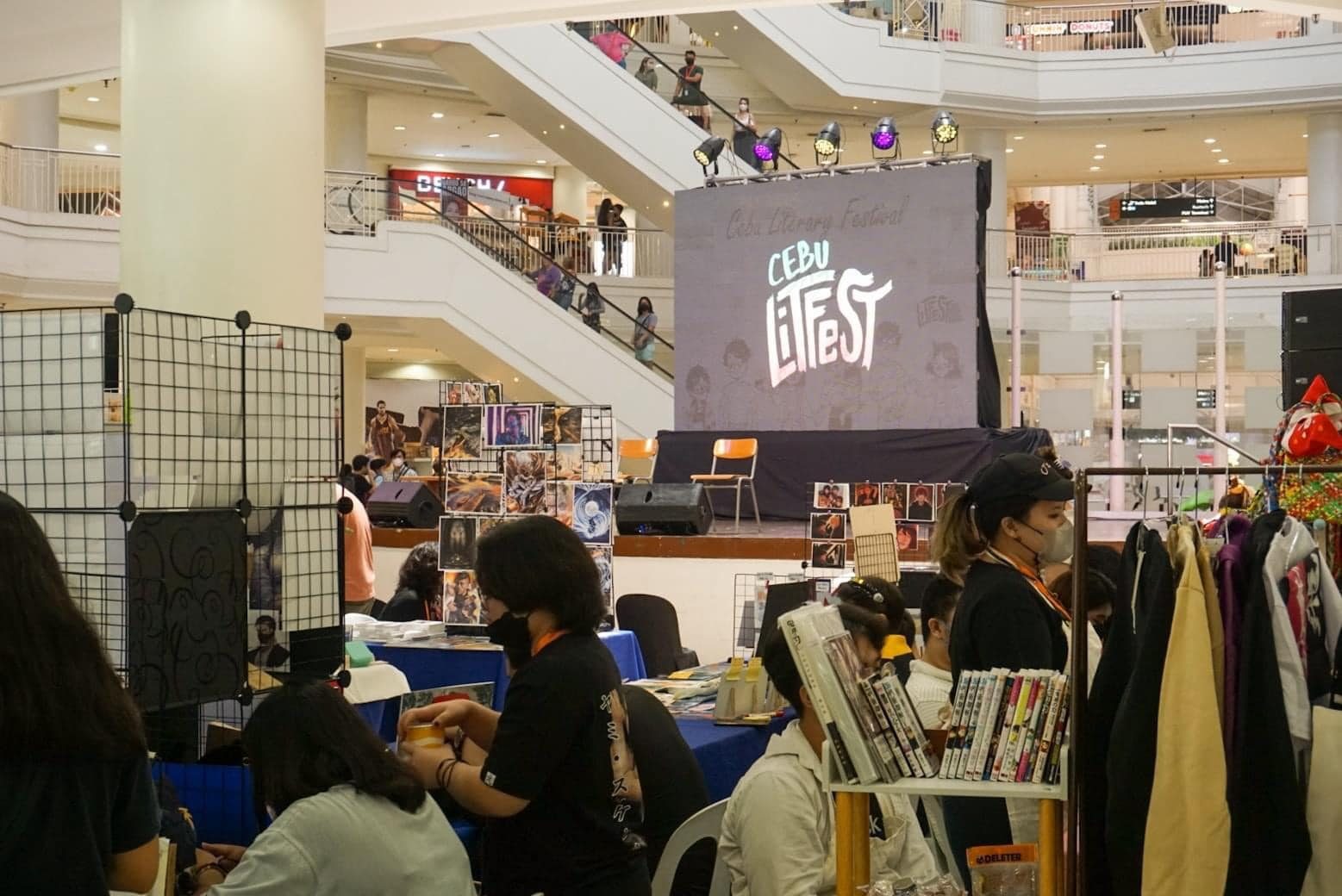 Facebook Twitter Copy URL
Copied
Local artists get the chance to tell their stories, such as the writers behind a book written by a young boy and his father

CEBU, Philippines – After a two-year hiatus, the Cebu Literary Festival held its three-day comeback event at the Ayala Center Cebu with thousands of hobbyists, book lovers, and cosplayers in attendance.

Cebu Literary Festival head organizer Hendri Go told Rappler that it was the first time that the festival managed to attract more than 120,000 attendees. He added that the organizers had to make adjustments on a daily basis to accommodate the people.

“That meant rearranging our layout if need be,” Go said.

At least 200 exhibitors participated in the event.

For many exhibitors, the event is an opportunity to share their art and launch their creative work. In this year’s festival, many local artists got the chance to tell their stories, such as the writers behind The Little Dinosaur Who Changed The World, a book written by a young boy and his father.

According to writer Mark Rosario, the book was based on a bedtime story he used to tell his son Yuri when he was five years old. The story follows a young dinosaur learning about the impact and consequences of the little choices he makes in life.

The young Yuri shared that he initially did not like the original ending of the story and ended up writing a different, more heart-warming ending to the book. He later became the co-author of the book with his father.

“Cebul Literary Festival is all about stories and storytelling in all its forms: spoken word, cosplay, books, film, theater, music, art, and more. We want to celebrate that and make it a gathering for people who come together to tell stories,” Go said.

What to expect next year

For 2023, Go said that there will definitely be more events dedicated to literature and the arts, ranging from arts month activities to summer events.

“We are also planning to open an art bookstore,” the organizer added.

Ayala Center Cebu and the National Book Development Board co-presented the event with Komiket, Archcon, and Binisaya Film Festival.

[WATCH] In the Public Square with John Nery: Disruptive Kindness and Other Ways to Rebuild Unity