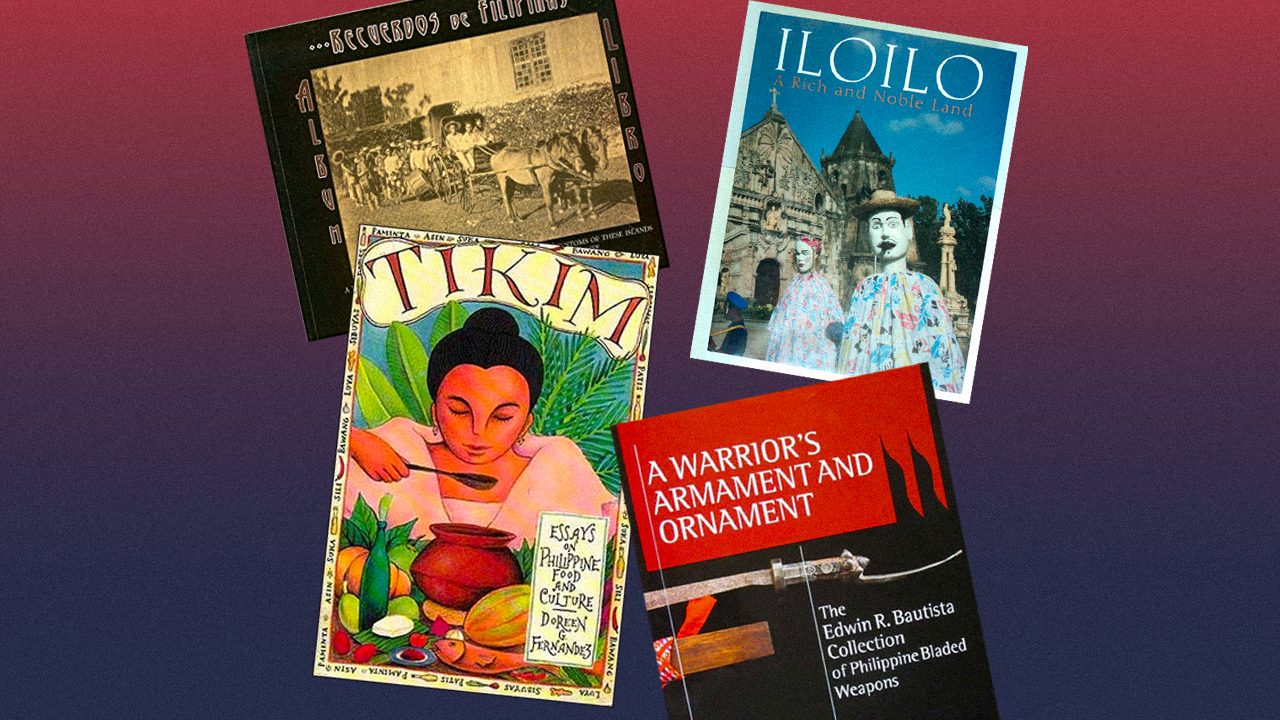 The COVID-19 pandemic, a move back to Iloilo after 35 years, and a career transition has resulted in a major personal shift. Perhaps nowhere is that most evident than in the books and documents I’ve been searching for. Having to come up with a monthly piece for Rappler, “Ilonggo Notes,” has been a catalyst, as I’m now constantly on the look-out for interesting bits and facets about Iloilo and being Ilonggo.

So I thought, why not write about books that tell stories about Iloilo? Two decades ago, in the UK, I was fascinated by old maps of the Philippines and SE Asia. Trips to secondhand bookshops and car boot sales led to some serendipitous finds, such as Filipinescas – Travels through the Philippines (1968), by James Kirkup. He relates naughty adventures in Iloilo, with photos of Villa Beach, Arevalo Plaza, and Muelle Loney.

Googling for stuff about Iloilo led to the Project Gutenberg website, with its e-books from the late 19th and early 20th century. Works of Dean Conant Worcester, (The Philippine Islands and their People) from 1898, John Bowring, and James Blount are there. So are those of Enid Dauncey, Mary Fee, and Emily Conger, which are basically travel journals. These have vivid descriptions of Iloilo and Capiz. With an air of superiority, they often comment disparagingly on Filipinos and local cultural traits, while also playing up what might seem exotic to them.

The American historian-academic Alfred W. McCoy has researched and incisively analyzed Iloilo’s social and economic history, the sugar industry, and the fortunes of the Lopez family; his work, A Queen dies slowly – the rise and decline of Iloilo city (1982) is a must-read for those interested in Philippine politics, economics, and sociology.  He has also extensively studied the illegal drug trade and covert CIA operations in Southeast Asia. The coffee table book Iloilo – A Rich a Noble Land (Lopez Foundation, 2007) is a treasure trove of information, cultural snippets, folklore, and features, co-written by Ilonggo authors. Estilo Ilonggo (Alejandro & Santos, 2009) is another, and focuses on the food and lifestyle of the Ilonggo speaking peoples of Negros, Iloilo, Capiz and Guimaras; it offers a peek into the lives of rich and famous Ilonggos.

Felix Laureano’s Recuerdos de Filipinas (1896), an “album-book,” has about a dozen photos of 1890s Iloilo. These are not your usual studio-posed photos, but slices of daily life – pounding rice, bathing and washing in rivers, funeral scenes, even a bullfight. There are views of the port and the commercial district, upon which he lavishes praise.  The accompanying essays add descriptions, context, and a generous explanation of vernacular terms. I couldn’t put down the 2004 English translation done by Felice Noelle Rodriguez.

[Ilonggo Notes] Iloilo through the eyes of Felix Laureano, the first Philippine photographer 2021 was a “bumper year” as far as books featuring Iloilo were concerned. Three are worthy of mention. First on the list is Nereo C. Lujan’s Casanave – an American Photographer in Iloilo (National Historical Commission, 2021). Lujan, a former journalist and now the Iloilo Provincial Information Office chief, traces the life and work of the Mexican-born Pedro Andres Casanave, who enlisted with the US occupation forces in 1899. When the war ended he was appointed provincial treasurer in Samar and later, in Negros. He married a Negrense, Teresa Escay, left service, and moved to Iloilo in 1905. He raised a family and established a photography studio in Calle Real, which operated until the start of WW2. Considered enemy aliens by the Japanese, the family was interned in Manila and Los Baños and in 1945 were rescued by the American forces. With his investigative bent, Lujan painstakingly scoured old newspapers and magazines, shipping manifests, baptismal records, and library archives, and unearthed 136 photographs taken by the Casanave studios, several of which were published as postcards. These are inextricably linked with the history of Iloilo. The book is engrossing, with images spanning the American era. Many of the landmarks portrayed still exist today. It is a tribute to what many consider to be a “Golden Age” when Iloilo was “Queen City of the South.” It is these photographs that older Ilongos in their senior years look back on with a sense of nostalgia.

Another most notable publication is the massive (9” x 13”) A Warrior’s Armament and Ornament – The Edwin R. Bautista Collection of Philippine Bladed Weapons. Published in 2021 by MUSKKAT (Museo ng Kaalamang Katutubo), the 1.5-kilogram book features the extensive collection of the Ilonggo born-and-raised Bautista, who also happens to be UnionBank’s President and CEO. Bautista’s collection started with a grandfather’s gift; it is lush with photos and details of dozens of native weaponry. A major focus is on the different talibongs of upland Panay. Authoritative essays by experts Patrick Flores, Eusebio Dizon, Lorenz Lasco, Narciso Tan, Corazon Alvina, and others trace the history, cultural context, metallurgy, decorative features, uses, and significance of these weapons that, apart from their utility, also serve as symbols of status and power. The collection was generously donated to MUSKKAT. One will never look at the talibongs the same way again; because of this book, I have taken a closer look at talibongs in the collections of the Museo Iloilo and the Museo it Akean in Kalibo. Aficionado E. Soviet de la Cruz notes there are master crafters of these armaments in the uplands of Libacao, Madalag, Malinao, and Ibajay towns in Aklan. Apart from daily use in the household and forests, talibongs were used against other tribes, and Moslem, Spanish, American, and Japanese invaders. Soldiers from Aklan sent by the Philippines to be part of the UN forces in the Korean war in the 1950s brought these arms with them.

In May 2021, PHIMCOS (Philippine Map Collectors Society) published Issue 11 of the Murillo Bulletin, devoted to the mapping of Panay. This excited connoisseurs of old maps and cartography. In this academic, well-researched, but readable journal, Raphael “Popo” Lotilla writes about the details of Panay as drawn in Spanish and European maps from the 16th to the 19th century; another article features the Bosquejo Geologico (geologic map/outline) de Panay (Casariego,1890) and its accompanying narrative text, which is the first and most extensive geologic mapping of the island. Another article in the bulletin, “Planning Iloilo City (Peter Geldaert),” has rare diagrams of Iloilo, including details of street names and names of residents/business owners of the main commercial district from the late Spanish period. Many of the streets are unchanged to the present, though some have been renamed.

Meriting special mention is Kasing-Kasing Press, that publishes in the native language. They organize the annual Iloilo Mega Book Fair (IMBF). IMBF 4 was held in November 2021, supported by the National Book Development Board, the Asia Foundation, and writers group Hubon Manunulat. Activities included book launches, Zoom talks, storytelling and reading sessions, and book distribution via sari-sari stores. IMBF aims to encourage a reading culture at the grassroots, so most events were held in barangays rather than the malls.

Doreen G. Fernandez’ Tikim – Essays of Philippine Food and Culture, originally published in 1994, had a revised and updated edition in 2020. This book is a pleasure to read from beginning to end; interspersed within this timeless work are absorbing insights into the Filipino psyche, ways of doing things, and conjuring culinary creations. The delectable desserts of her native Silay, Negros Occidental and the earthy dishes of neighbors Iloilo and Antique are described – a true feast for the senses. 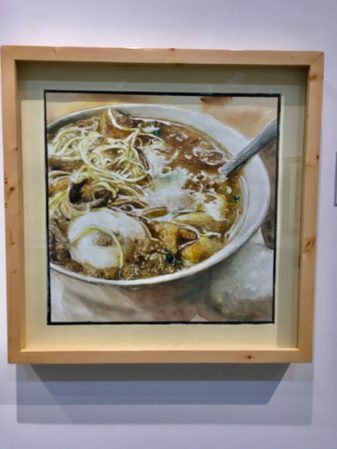 Brisk and entertaining – that’s Heritage, Heroes and History (2016) by Demy P. Sonza, cultural heritage advocate and multi-term Provincial Board Member. This is a compilation of his speeches about historical events, Ilonggo leaders, politicians, and prominent personalities.

Finally, Monografias de los pueblos de la Isla de Panay, by Fr. Juan Fernandez OSA, completed in 1899 but first published in the 1920s. An English translation by Jose Espinosa came out in 2006 (University of San Agustin press). The monograph describes origins of names of towns, their main produce, population, historical development, and in particular the building of the churches by the Augustinians.

The work of Policarpo F. Hernandez OSA, Iloilo – the Most Noble City:1566-1898 (2008, New Day) is likewise notable, though I still have to read it; the same goes for Iloilo in the 20th century: An Economic History (1997) by educator and historian Henry Funtecha. These two are on the top of my bucket list of books on Iloilo; surely, there are more out there, waiting to be discovered. – Rappler.com