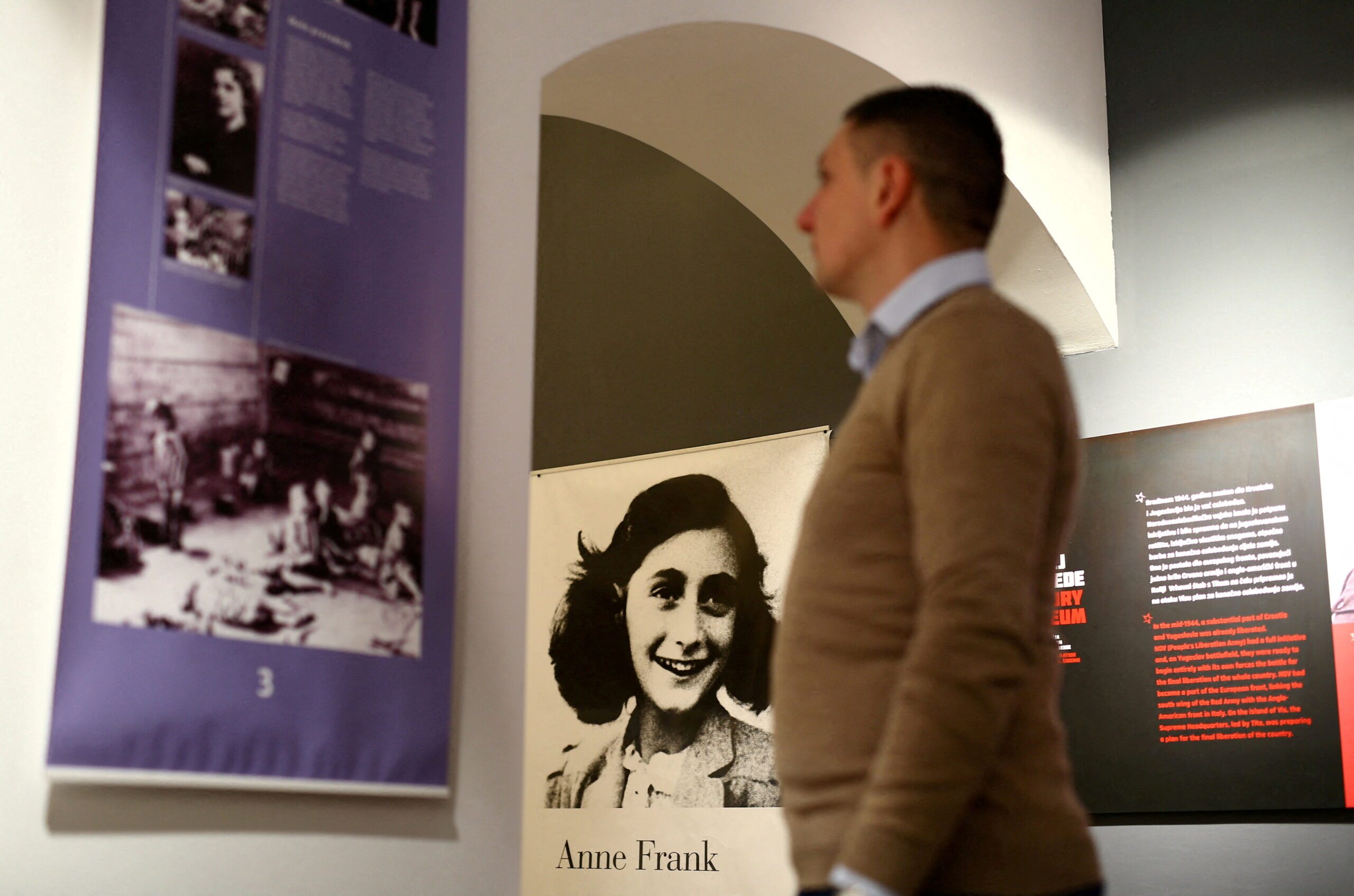 A man looks at an exhibition about Anne Frank at the Victory museum in Sibenik, Croatia, February 3, 2017.

Facebook Twitter Copy URL
Copied
The group urges HarperCollins to pull the book that suggests that a Jewish notary betrayed Anne Frank, saying it has 'tarnished the dignity of Holocaust survivors'

AMSTERDAM, Netherlands – The main umbrella group for Europe’s national Jewish communities urged HarperCollins to pull a book that suggests a Jewish notary betrayed Anne Frank, saying it had tarnished the teenage diarist’s memory and the dignity of Holocaust survivors.

The US-based publisher released the English language edition of The Betrayal of Anne Frank: A Cold Case Investigation, by Rosemary Sullivan, on January 18.

It caused a sensation by naming Arnold van den Bergh as the main suspect in exposing the family’s hideout to the Nazis. Independent researchers subsequently criticized the book’s findings.

Its Dutch publisher Ambo Anthos this week suspended printing and apologized, saying it had questions about the methodology behind the conclusions, according to an internal email seen by Reuters.

HarperCollins, a subsidiary of News Corp, did not respond to several requests for comment. Ambo Anthos declined to comment.

The Brussels-based European Jewish Congress, which represents 42 national communities, called on HarperCollins to consider removing the book and distance itself from its “potentially incendiary claim … at a time when anti-Semitism and the denial and distortion of the Holocaust are on the rise.”

“In our view, the publication …has deeply hurt the memory of Anne Frank, as well as the dignity of the survivors and the victims of the Holocaust,” EJC President Moshe Kantor wrote to HarperCollins CEO Brian Murray on February 1, in a letter seen by Reuters.

Anne’s diary about life in hiding has been translated into 60 languages.

She and seven other Jews were discovered in August 1944 after they had evaded capture for nearly two years in a secret annex above a canalside warehouse in Amsterdam. All were deported and Anne died in the Bergen Belsen camp at age 15.

Sullivan’s book details the conclusions of a six-year investigation led by a retired US FBI agent into the mystery of how the Nazis found them. – Rappler.com