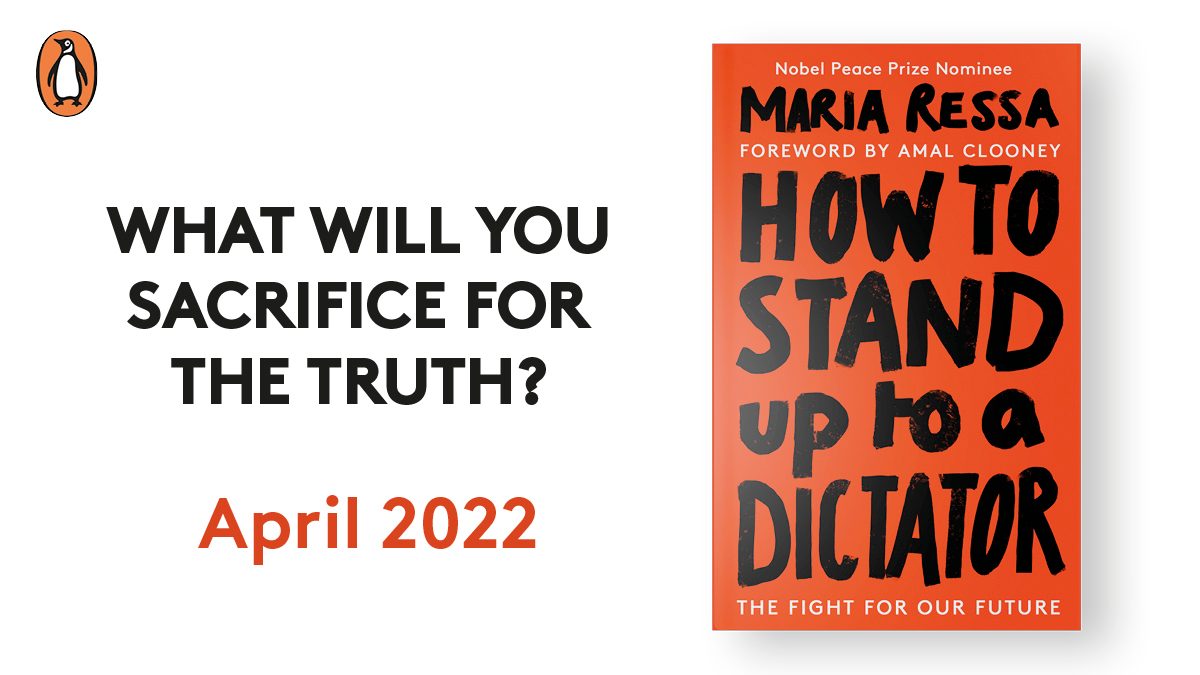 Maria Ressa authors 'How to Stand up to a Dictator.'

Rappler’s CEO and co-founder Maria Ressa is set to release her third book, How to Stand Up to a Dictator, in April 2022.

On its website, Penguin Books said How to Stand Up to a Dictator “maps a network of disinformation – a heinous web of cause and effect that has netted the globe: from Duterte’s drug wars, to America’s Capitol Hill, to Britain’s Brexit, to Russian and Chinese cyber-warfare, to Facebook and Silicon Valley, to our own clicks and our own votes.”

The book narrates Maria’s experience from the frontlines of digital journalism. “This is Maria Ressa’s urgent cry for us to wake up and hold the line, before it is too late,” reads the publisher’s teaser for the upcoming release.

A journalist in Asia for 35 years, Maria had investigated terrorism in Southeast Asia and has endured constant political harassment and arrest under the Duterte government. As of August 10, 2021, there are at least seven active cases pending in court against Maria, Rappler’s directors, and a former researcher.

Maria has received several awards over the years for her work. She was named Time Magazine’s 2018 Person of the Year, was named BBC’S 100 most inspiring and influential women of 2019, and received the John Aubuchon Press Freedom Award in 2020.

In 2021, she was nominated for a Nobel Peace Prize. Maria was also awarded the UNESCO/Guillermo Cano World Press Freedom Prize.

She has authored two books – Seeds of Terror: An Eyewitness Account of al-Qaeda’s Newest Center of Operations in Southeast Asia, released in 2003, and From Bin Laden to Facebook: 10 Days of Abduction, 10 Years of Terrorism, published in 2012.  – Rappler.com