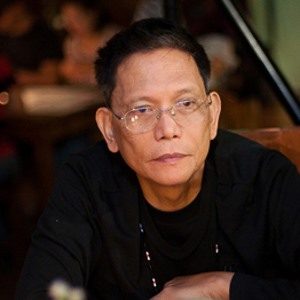 Mario Miclat, former dean of the University of the Philippines Asian Center and celebrated writer, died on Saturday, April 3. He was 71.

The Asian Center announced Miclat’s passing in a Facebook post. Miclat was dean of the center from 2009 to 2011, where he taught courses on China.

The cause of his death was not disclosed.

“Doc Mic,” as he was affectionately called, was also an accomplished writer. He was a Palanca awardee and a Cultural Center Literary Prize winner, and was awarded Kampeon ng Wika by the Komisyon sa Wikang Filipino.

Miclat and his wife, Alma, lived in Beijing, China, for over 15 years. Alma recalled in an article for the Inquirer: “His last year on campus was the height of activism which led to the First Quarter Storm of 1970. That activism took him and yours truly to Beijing, China, right before the suspension of the writ of habeas corpus in 1971.”

In China, the couple worked at Radio Peking, which had a Filipino radio program that aired in the Philippines. The Miclats and their children eventually returned to the Philippines after dictator Ferdinand Marcos was overthrown.

Secrets of the Eighteen Mansions, a novel that recounts their years in China, was long-listed for the 2009 Man Asian Literary Prize. Years prior, the Miclat family penned a book, Beyond the Great Wall, which detailed their experience in China. That book won the National Book Award for Biography in 2006.

Miclat had survived a heart condition and a stroke in the past, but that did little to deter him.

“A group of nurses converged at his hospital bed to see who this guy was, who had blood donors queuing from sunrise to sundown. As a result, there was a surplus of donated blood, which benefited other patients during a dengue epidemic,” wrote Alma, recalling Miclat’s hospitalization in 1998 due to a quintuple bypass operation.

He is survived by his wife, daughter, and grandson. – Rappler.com